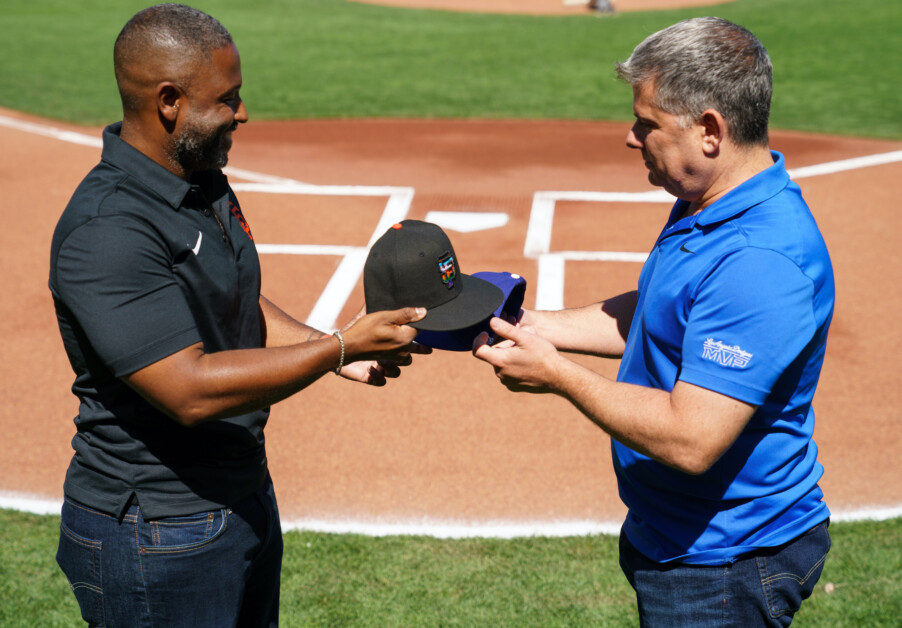 The Los Angeles Dodgers donned a special cap for Pride Night at Dodger Stadium on June 3, which was a first in franchise history, and did so again on Saturday with the San Francisco Giants to make MLB history.

It was the first time that two teams wore Pride caps in the same game to show their support for the LGBTQ+ community. The Giants also wore a Pride patch on their jersey.

Dodgers senior vice president of marketing, communications and broadcasting Erik Braverman and Giants vice president of external affairs Roscoe Mapps traded Pride caps ahead of the game. The designs took the teams’ trademark logos and incorporated Pride colors into them.

The Dodgers sold the special caps at the Dodger Stadium Top of the Park store and left field store location.

“The Los Angeles Dodgers are proud to stand with and recognize the LGBTQ+ community in Los Angeles and worldwide,” President and CEO Stan Kasten said in a statement earlier this month.

“The Dodgers have a history of breaking barriers and we are proud to be part of a new chapter in MLB history as the Dodgers and Giants each wear their team’s proud caps on June 11. field we stand together when it comes to equality for all.”

Also for Pride Night earlier this month, Dodgers sponsors with signage on the outfield fence at Dodger Stadium changed the colors of their respective logos.

Do you follow Dodger Blue on Instagram? It’s the best way to see exclusive coverage of games and events, get your questions answered and more!