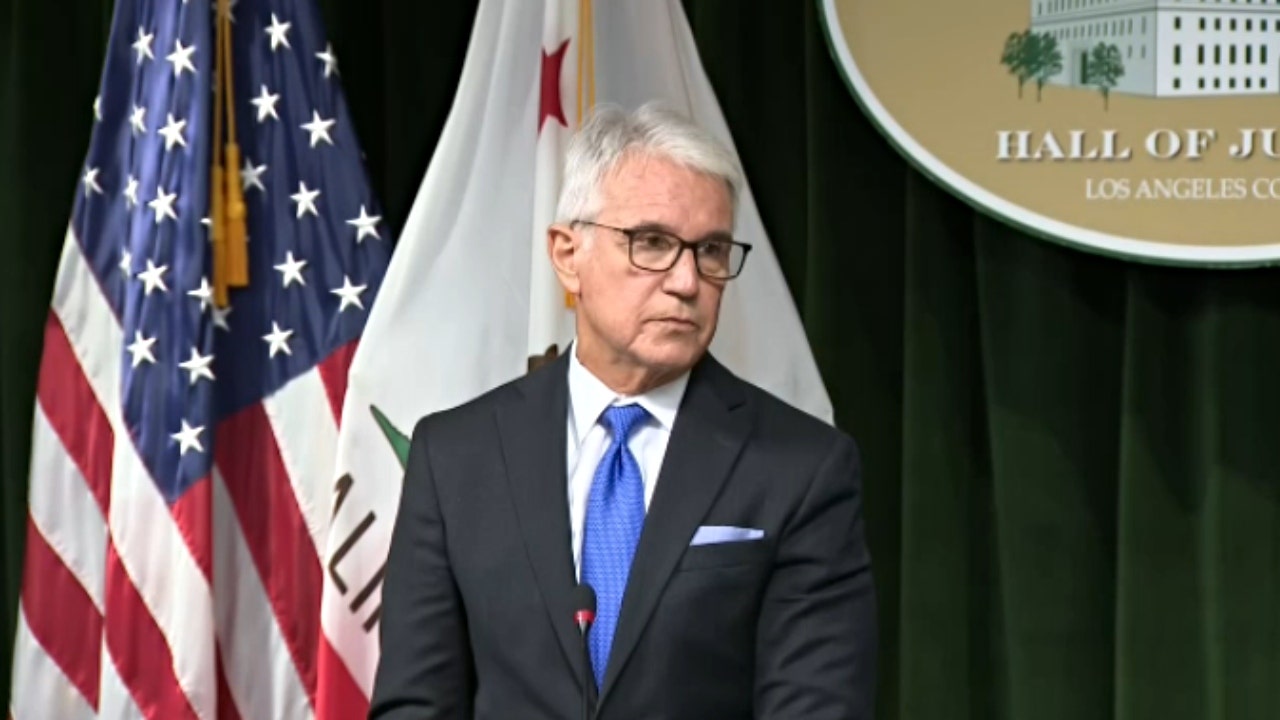 A California man who previously served a life sentence for a double murder but was released under a policy of Los Angeles District Attorney George Gascon was arrested in connection with the April 16 murder of a passerby.

The man, Victor Bibiano, 30, was serving eight years out of a life sentence handed down for a double homicide because Gascon’s office refused to transfer the case from juvenile court to adult court, according to the Los Angeles Daily News. He was recently taken into custody in May in connection with the murder of Mario Rodriguez, 40, who was found gunned down in a temporary camp in Pacoima, an area of ​​Los Angeles.

When Bibiano was 17, he and two other people were convicted in an adult court in 2012 in connection with the murder of two gang members in Pacoima and injuring a third in 2009.

According to the report, Bibiano had . initial was sentenced to life without parole for firing a firearm at an occupied residence, attempted murder and a double murder under special circumstances, but was released in 2021.

Because of Proposition 57, approved by California voters in 2016, any minor convicted in the adult court must receive an additional hearing on transfer to determine whether the person should be tried as an adult. Bibiano’s transfer hearing was set to take place in the fall of 2020 when his adult conviction was lifted, but because of Gascon’s ban on trying people in adult courts if the crime was committed while they were minors, the case was not tried in adult court.

According to the report, Alysa Blair, a Gascon special aide who previously served in the Los Angeles County Public Defender’s Office, was on Bibiano’s case and told the juvenile judge that the district attorney would not participate in his transfer hearing, according to Kathy Cady, who is a representative of a family of one of the murder victims.

Cady said, according to the report, Blair’s decision came despite a memo from the Writes and Appeals Division of the District Attorney’s Office stating that California law requires the court to hold a transfer hearing.

The youth system does not accommodate anyone over the age of 26, and with Bibiano in his late 20s, the judge had no option but to release him.

In a statement to the Los Angeles Daily News, Gascon said his office would not request a transfer to adult court because it could not prove that Bibiano would not have benefited from juvenile rehabilitation services when the original crimes were committed.

“Since Bibiano had no criminal record at the time of the murders, he had not committed any serious offenses in prison and he presented other confidential extenuating information, we have decided that we could not bear that burden,” Gascon said. Bibiano remained in the Juvenile Court. We asked for a commitment from the Juvenile Court Division for another two years. That request was granted, but the Juvenile Division turned down Mr. Bibiano. However, as part of his release plan, Bibiano had access to support and community resources.”

Gascon also said there is evidence that Bibiano did not shoot or kill the passerby.

“We have charged Victor Bibiano in connection with that crime, although there is evidence so far that he did not personally shoot or kill Mr. Rodriguez,” Gascon said. “We extend our deepest condolences to the loved ones of Mario Rodriguez.”

While Gascon acknowledged that people are not happy with his policies, he said some tragedies cannot be used to write policies.

“I know people are angry, and I am angry too,” Gascon said. “But we can’t use any tragedy to make policy. One person’s failure can’t make us question the potential of everyone else. In other Los Angeles cases where youths previously sentenced to life have been released, including the original co-defendant of Mr Bibiano, the results are overwhelmingly positive.”

The prosecutor also said he “will not play politics”.

“We will not play a political game with this or any other tragedy. We are very sorry for those who have lost a loved one and we will ensure that everyone involved is held accountable,” he said.

This photo, provided by the California Department of Corrections and Rehabilitation, shows Justin William Flores, the alleged gunman in a Southern California shootout that killed two police officers on Tuesday, June 14, 2022 in El Monte, California. Flores was identified as the suspect by the Los Angeles County District Attorney’s Office on Wednesday, June 15, 2022.
(California Department of Corrections and Rehabilitation via AP)

The new revaluation comes after Justin William Flores allegedly killed two Mount, California. police officers on June 14. He had a previous strike conviction and also received a two-year probation for being a felon in possession of a firearm. The sentence is in line with the policy of Gascon, who has been sued for his refusal to prosecute three-strike cases.

Gascon’s policy allowed Flores to plead no contest and then receive a light sentence, despite having a strike on his criminal record.

Adam Sabes is a writer for Fox News Digital. Story tips can be sent to [email protected] and on Twitter @asabes10.