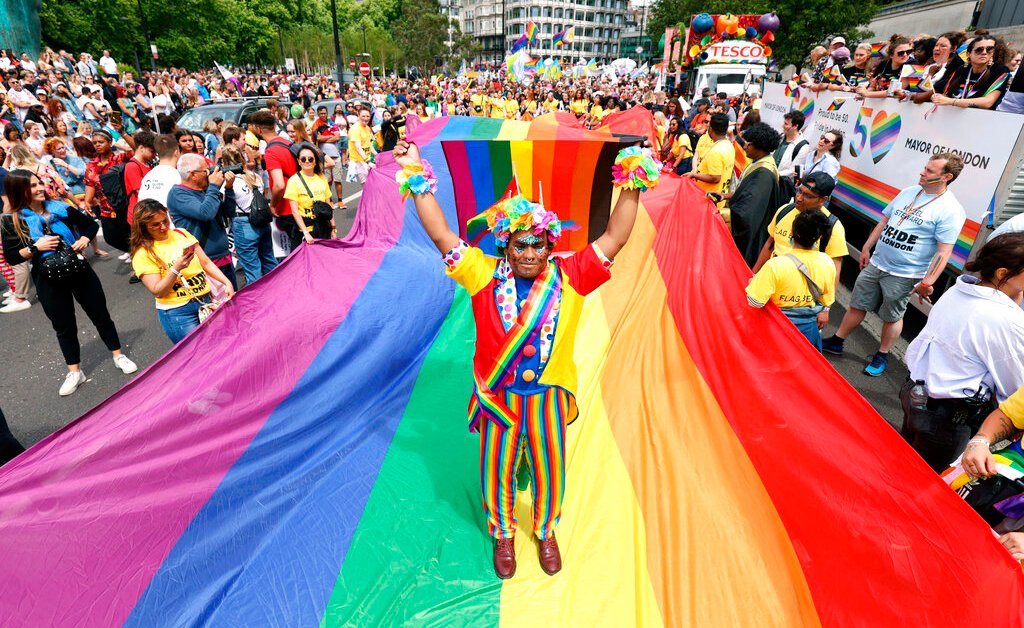 LONDON — The streets of London were filled with color on Saturday as the British capital marked 50 years of Pride.

A lively crowd of hundreds of thousands showed up to either participate in or watch the festivities, putting on a spectacle of rainbow flags, glitter and sequins.

After two years of cancellations due to the coronavirus pandemic, the parade came half a century after the first march in London to celebrate Pride in 1972.

Saturday’s procession took a similar route to the original, starting outside Hyde Park and touring the streets towards Westminster. It would be followed by a concert in Trafalgar Square.

Chris Joell-Deshields, the director of Pride organizers in London, said “significant” rights and freedoms had been earned since the inaugural event, “but more needs to be done”.

London Mayor Sadiq Khan praised a “beautiful day” of “unity, visibility, equality and solidarity” as he took part in the celebrations.

More than 600 LGBTQ groups would participate in the march, which was led by members of the Gay Liberation Front from the 1972 protest.

Organizations ranging from charities to universities to emergency services were also represented.

But uniformed officers from London’s Metropolitan Police were not with them, as had been the case in previous years.

The move came in response to LGBTQ campaigners expressing concerns about their trust in the police, particularly the quality of the police investigation into the murders carried out by serial killer Stephen Port. In 2016, Port was sentenced to life without parole for the murder of four young gay men he met online.

Members of the police were able to participate in Saturday’s march on their own initiative.

“I think the police have been sensitive to the issues raised by the community,” Khan said. “And there will be uniformed officers in and around Pride to make sure we’re all safe, to make sure this parade is a success.”

Participants were urged to take a COVID-19 test before the march, as virus cases rise across Britain. The UK Health Security Agency had issued a similar warning to people showing possible monkey pox symptoms.