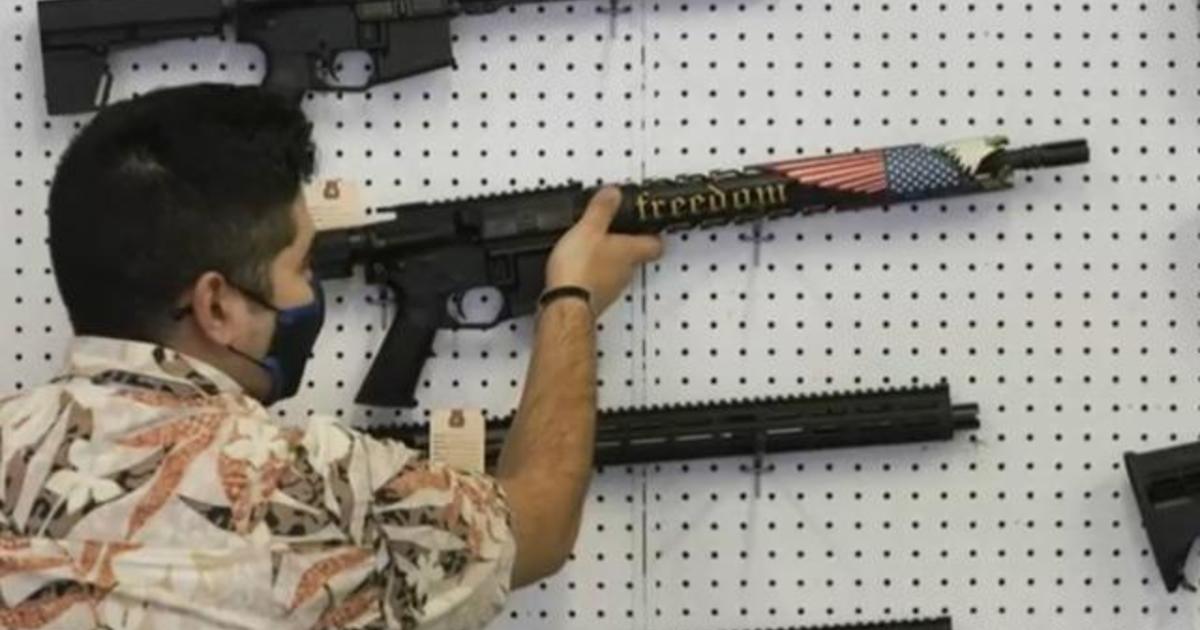 NORTH TEXAS (CBSDFW.COM) – A local Navy veteran says after the Uvalde school shootinghe has heard a lot about rights, but not about responsibilities when it comes to gun ownership.

Joe Jenkins served in the United States Marine Corps for five years, fought in Operation Iraqi Freedom, and wielded the same type of weapon used by the Uvalde school shooter.

“We’ve used the M16A4 and the AR platform because it’s the best at what it does,” he said. “It’s an easy-to-fire, highly accurate and highly damaging weapon that we used to destroy our enemies.”

Before Jenkins was allowed to wear it, he had to undergo psychological checkups, medical checkups and three months of extensive training.

“You don’t even touch a gun until you’re literally drilled about gun safety and handling and even then we don’t actually have live ammunition, except in very strict training requirements and training backgrounds.”

He says that knowing that someone can walk into a gun store in Texas and legally purchase the same type of gun without any training makes him feel seriously uneasy, especially since he’s a high school physics teacher who cares for students.

“I know they’re terrified,” he said. “I’m terrified to know that the gun I was carrying could get through the back door of my school. I know what that gun can do.’

As a member of the Vets for the People organization, he works to raise awareness and push for tougher gun laws.

“Universal background checks, red flag laws, waiting times, maybe raising the minimum age, just a certain amount of responsibility that you don’t see anywhere,” he said. “Why can’t we treat everyone the way we treat a soldier in the United States Marine Corps when it comes to… weapon safety† Why? It just doesn’t make sense to me.”

Vets for the People writes to politicians and shares their message on social media. This weekend they plan to attend the March for Our Lives.