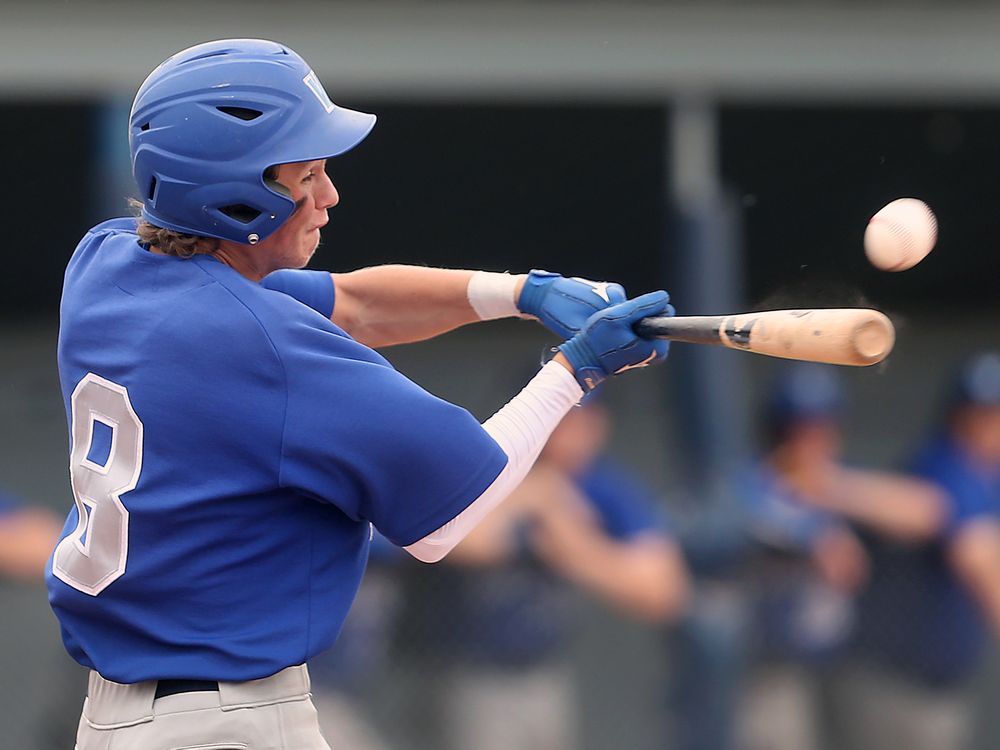 The Villanova Wildcats’ quest for a gold OFSAA baseball medal came up short in London on Wednesday.

Villanova fell 5-1 in the semifinals of the Final Four Tournament against the Etobicoke Fr. John Redmond Redhawks, but recovered and defeated the Niagara Falls AN Myer Marauders 5-0 to claim the bronze medal. It is the school’s first-ever OFSAA medal in baseball.

“I’m very proud of the team, it’s a great achievement,” said Wildcats manager Tom Beale, whose team finished the season with an 18-1 record. “I think if you had asked everyone in April to be 18-1 in total, they would have accepted it.”

Outfielder Brandon Leblanc had a hit and stole two bases in the loss to the Redhawks and came back to add two more hits and two more stolen bases against the Marauders.

The Wildcats took control early on with a few runs in the first inning and two more in the second inning to take a 4-0 lead. Second baseman Lucas Chartrand and designated hitter Kalman Chyz each singled to bring in a run. Righthander Will Lewis took care of the rest, as he went the distance, gave up only two hits and struckout five in seven innings.

Jones, a former player and coach for the 73s, will serve as assistant coach to new head coach Jamie McDermott.

Kevin Beuglet, who served as a scout and advisor, will also take on an assistant coach role along with Chad Wolters and Jeff Brett.

A former Canadian Olympian, 25-year-old Mitton, who is 14th in the world, threw 19.24 meters to finish third. It is the fifth consecutive encounter that Mitton has thrown more than 19 meters. That includes her new Canadian record last month of 19.58 meters.

At the Women’s Artistic Gymnastics Ontario Provincial Championships for Level 3 plus in Alliston, Samantha Navarro was second overall in Asp 2 with Lillian Camilleri third in the same division, while Adriana Mikho also finished second in Level 4.