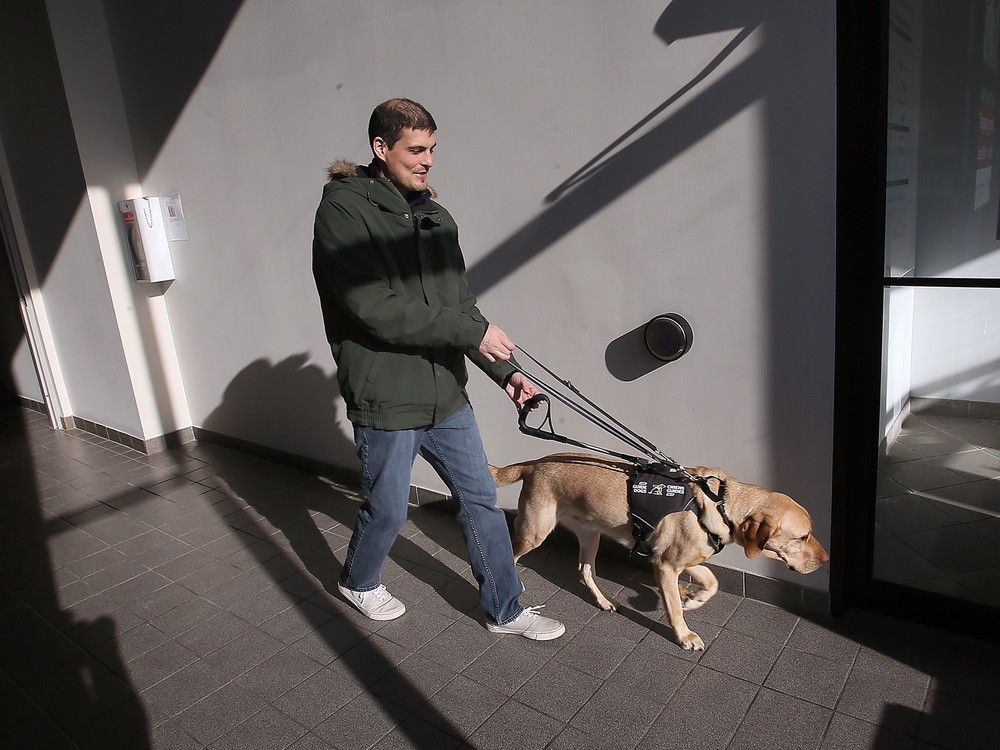 Slow progress is being made in getting changes with manufacturers on insulin pumps to accommodate people with vision loss, and a local man is among those now focused on seeing new federal legislation require all medical equipment to pass accessibility testing .

Ryan Hooey, 36, of Tecumseh has been dealing with diabetes since childhood and lost his sight almost overnight due to the disease about 10 years ago due to diabetic retinopathy.

Canada has one of the highest rates of retinopathy – 25.1 percent of people with diabetes – which is the leading cause of vision loss in working-age adults. An estimated 750,000 Canadians are living with the condition.

Hooey, like many diabetics, relies on insulin pumps for his diabetes management. But with his loss of sight, he can’t see the screen. There aren’t enough warning beeps, voice activation, or other accessibility features to allow him to safely use the pumps on his own.

“You can’t even tell how long my pump’s battery will last,” he said. “I have to put a can of insulin in the pump every three days and I don’t know how much is left. Sighted people can just look at the screen and say ‘oh, it’s 50 percent full.’”

The insulin ratio on the pump also needs to be adjusted regularly based on the amount of carbs he’s eating, but since Hooey can’t see the screen, he can’t just use that feature “without a lot of extra steps.”

Hooey, who works as a program director at the Canadian National Institute for the Blind, began playing a key role a few years ago in lobbying insulin pump manufacturers to implement accessibility changes.

Since then, progress has been made through several meetings with manufacturing companies, while other organizations have joined the effort, such as Diabetes Canada and the National Federation of the Blind across the border in the US, he said.

But Hooey has learned that many of the desired accessibility changes cannot be made without Health Canada creating a design blueprint for the insulin pumps.

“So we had to start working with the government,” Hooey said.

The first step is to get a 500-signature petition – an effort he launched early this month – so that legislation can then be made and introduced by an MP in the House of Commons. The goal is for all medical equipment, not just insulin pumps, to meet accessibility standards, he said.

“We’re starting with insulin pumps, but there are so many other things (medical equipment) in terms of accessibility where changes are needed for the disabled community,” Hooey said. “You have a large group of people who are affected by this.”

“I hosted Ryan in Ottawa and had the opportunity to hear his story,” he said. “It really surprised me in terms of listening to the effort it takes Canadians with vision loss to use insulin pumps. You often have to get family or friends to enter the data or see what it says.

“What should be minimal interaction with the pump, you have to coordinate with others. For those who don’t have family or friends to help, there is a risk of pressing the wrong button or entering information that could lead to bad consequences.”

Kusmierczyk then communicated with Federal Health Minister Jean-Yves Duclos to share Hooey’s story and another fellow Liberal MP who chairs the government’s caucus team, which is developing a national framework for diabetes. in Canada in the next few years. .

Aside from that, the local MP says he will work to ensure that all medical equipment does not pose accessibility issues.

“I’m just getting familiar with the problem,” Kusmierczyk said. “I am waiting for advice and guidance (from the Federal Ministry of Health) on where we stand. I am absolutely committed to this issue.

“We want to make sure there are no barriers for people with disabilities across Canada. Accessibility is not just about the workplace, it also means that medical devices must be accessible. I have discussed this with the minister. It’s an important issue that Ryan raised. Hearing directly from people like Ryan highlights the challenges we might not otherwise experience.

For anyone interested in adding their name to the petition or for more information, Hooey can be contacted by email at [email protected]