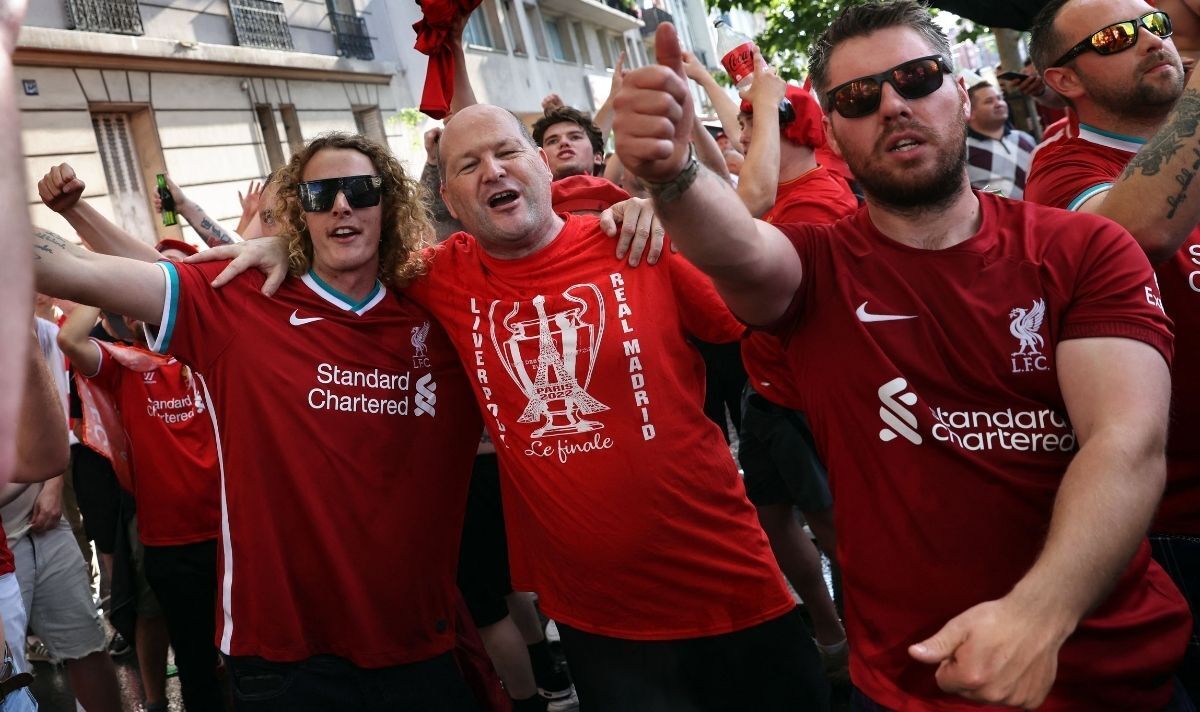 A string of flights canceled due to operational issues has left football fans struggling to leave the country for the Champions League final.

Major airline EasyJet has announced more than 200 canceled flights that will affect thousands of passengers going abroad before mid-May, including hundreds of excited Liverpool fans.

Easyjet customers were reportedly informed of their flight cancellation extremely late and many have been stranded in the departure lounge as alternative flights have already been “overbooked”.

BBC sports reporter Matt Graveling was able to speak to some of the devastated fans abandoned by airlines who have “prayed” to attend the crucial match.

The football fanatic paid £1,100 for his ticket to the final but was told at 8pm on Friday evening that his flight to Paris had been cancelled.

He continued: “I pray we get there, but to be honest, it doesn’t look good.”

He stayed with some of the other travelers around him before adding, “These guys said a lot of flights were overbooked.”

The football fan described the arrival, check-in and security stages of his airport experience as “chaos”.

Dennis seemed resigned to his fate when he said, “I pray, but I can only pray so much.”

On Thursday, EasyJet suffered a major IT outage that led to severe delays in travel to the airport and a large number of flight cancellations.

Further cancellations are planned by the airline during the hiatus, a decision the company described as necessary “to provide reliable services during this busy period”.

Liverpool will face Real Madrid for the Champions League title in Paris, kicking off at 8pm on Saturday night.

Fans who booked to travel with a World Choice Sports package paid around £650 to find out that their flight had been canceled at the last minute.

Fortunately for Dennis, he was able to secure a seat on the ten o’clock morning flight to Paris shortly after his interview, meaning he’ll arrive in time for the much-anticipated match.

It’s likely other Liverpool fans won’t be so lucky as airlines continue to suggest further delays and cancellations are ahead.