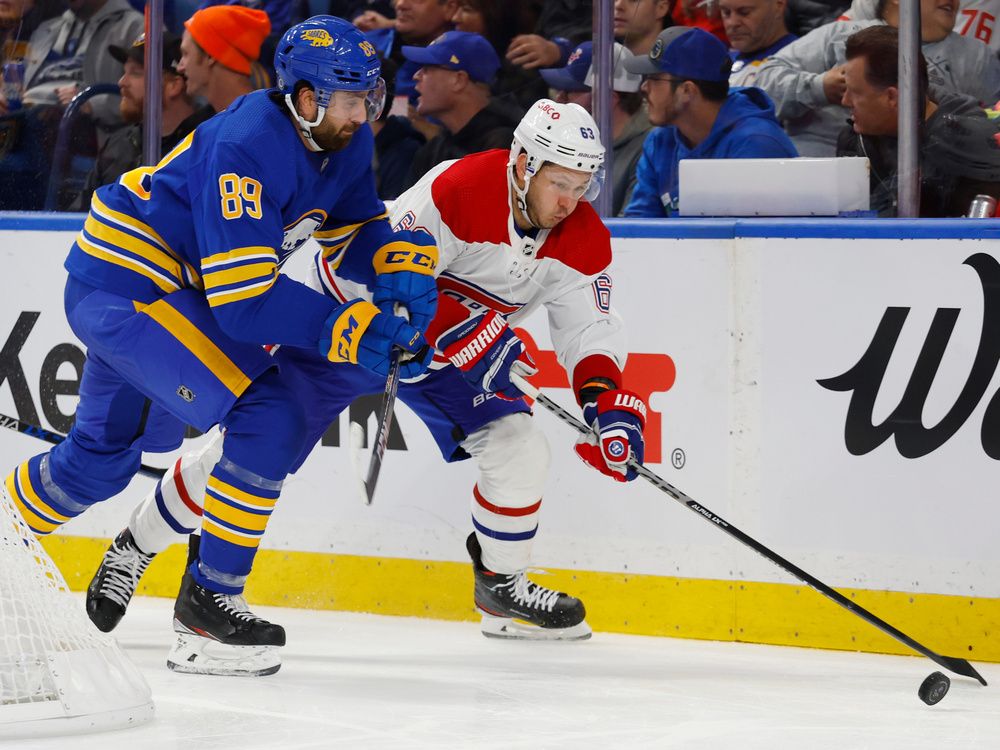 After playing musical chairs early in the season as a forward, the Montreal Canadiens are now alternating defenders. Jordan Harris and Chris Wideman will dress as the Habs face the Buffalo Sabers at the Bell Center on Tuesday. Puck drop 7pm (TSN2, RDS, TSN 690 Radio, 98.5 FM, and available in the US on NHL Network).

Johnathan Kovacevic and Arber Xhekaj will be the odd ones out tonight. Mike Hoffman is out with a lower body injury, allowing Joel Armia to return after missing three games with an upper body injury.

Tage Thompson is having a monster season for the Sabres. He has 12 goals and 22 points after 18 games.