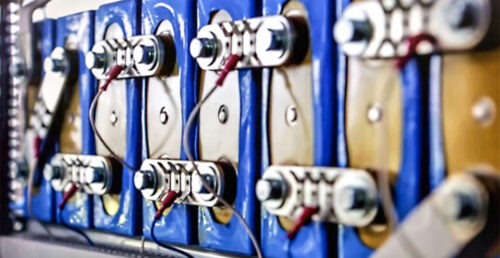 So far this year, five people have died in battery-related fires — making battery fires the leading cause of fatal burns in Vancouver. In 2022, a total of seven people will have died in fires.

Lithium-ion batteries are rechargeable cells with relatively high power for their size. They are commonly used in portable electronics such as laptops and mobile phones and are also present in e-bikes, which are becoming increasingly popular.

Most recently, a person died this weekend in a lithium-ion battery-induced fire at an SRO, VFRS public information captain Matthew Trudeau told the Daily Hive.

Speaking at a news conference Monday, he said fires caused by these types of batteries have increased fivefold since 2016.

“It’s very concerning and it’s about Canada and the US,” he told the Daily Hive in a telephone interview. “We just see an inherent problem with using lithium-ion batteries safely.”

Fires in lithium-ion batteries will be the No. 1 cause of fire deaths in the city of Vancouver by 2022. 5 people have already died this year. Never overcharge, alter or leave it unattended while charging. Always use manufacturer-approved replacement devices.

Most problems occur when people charge the battery with a cable that is not approved for use in Canada or is damaged. While buying a charging cable or replacement battery online can be cheaper and more attractive, Trudeau urged customers to opt for a manufacturer-approved option, even if it means spending more.

“If you charge them too much or charge them incorrectly, you can heat them up and it creates an internal runaway effect that … causes a subsequent fire and explosion.”

He said lithium-ion battery fires have become more frequent as people switch to electric vehicles with rising fuel prices. While e-bikes and e-scooters have many benefits, Trudeau urged owners to familiarize themselves with safe charging methods.

“Even outside these five [fatal] fires we have seen numerous fires for these types of batteries resulting in damage and injury.”