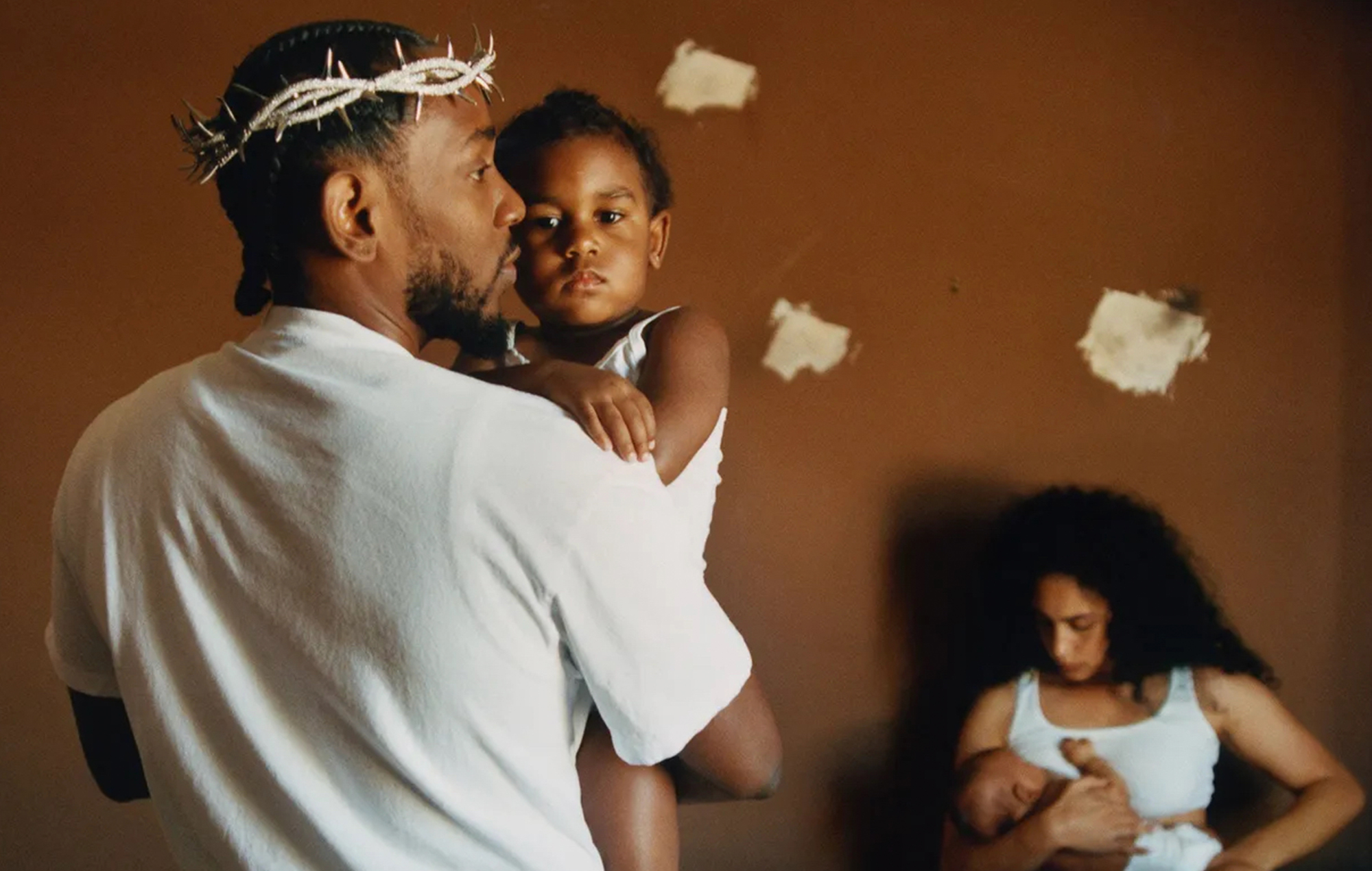 After more than a year of hints and teasers, Kendrick Lamar has officially released his fifth studio album, ‘Mr. Morals and the great steppers’.

It’s a lengthy affair, spanning 73 minutes of intoxicating, jazz-tinged hip-hop with rap that, in true Kendrick style, swings back and forth between soulful and explosive. Last week’s teasing that it would be a two-drive affair also proved legitimate: “Mr. Morale & The Big Steppers’ is indeed presented as a double album, with nine tracks on each half.

The album also features a handful of guest spots: “Father Time” has Sampha assisting with the vocals, and “Mother I Sober” features Portishead’s Beth Gibbons. Furthermore, three tracks on each disc are positioned as collaborative efforts – on disc one, ‘Die Hard’ is a three-way collaboration between Kendrick, Blxst and Amanda Reifer, while ‘We Cry Together’ Kung Fu Kenny joins forces with Taylour Paige, and ‘Purple Hearts’ brings Summer Walker and Ghostface Killah into battle.

On disc two we have ‘Silent Hill’ with Kodak Black, ‘Saviour’ with Baby Keem and Sam Dew, and the title ‘Mr. Morals’ with Tanna Leone. Each disc contains an interlude: ‘Rich’ on the first and ‘Saviour’ (an eponymous prologue to the aforementioned Keem and Dew collab) on the second.

Listen to “Mr. Morals & The Big Steppers’ below:

At the start of the week, Lamar shared the album’s first and seemingly only single, “The Heart Part 5.” Besides being his first release since 2018, when he dropped the SZA featuring “All The Stars,” the lead single from his self-composed Black Panther soundtrack – it stood out for its polarizing video, which used deepfake technology to record “cameos” from the likes of Kanye West, Will Smith, OJ Simpson and the late Nipsey Hussle.

The song and video received widespread acclaim from fans, colleagues and the industry. One of the most notable fans was Hussle’s partner, Lauren London, who referred to the video — which features a collaboration between Lamar and South Park helmers Trey Parker and Matt Stone – as “powerful art”. NME gave the track a five-star review, with writer Kyann-Sian Williams calling it “[Lamar’s] most observational single to date”.

Yesterday (May 12) released the official cover art for ‘Mr. Morals and the great steppers’. Just like the artwork for its predecessor, the Pulitzer award-winning ‘DAMN.’ from 2017, the new cover has Lamar on the front and in the middle a blank expression. This time around, however, there’s more of a scene to appreciate: Lamar stands with his back to the camera and appears to be looking wistfully out of a bedroom window with what is believed to be his family.

Lamar is dressed in a white T-shirt and muted pants, a gun sticking out of his belt and a crown of thorns on his head. He’s seen holding a young girl, who stares penetratingly at the cover viewer, while on the bed in front of the rapper a woman breastfeeds a newborn baby. Photographed by New York photographer Renell Medrano, it’s a striking image of rich browns and beiges, with a distinct family theme.

Check out the album cover and full track listing for ‘Mr. Morals & The Big Steppers’ below:

NME gave “DAMN.” a four-star review, with writer Leonie Cooper saying: “Faith, p***y and politics – Kendrick Lamar’s mind is a frenetic, action-packed place. The triumphant Compton MC could cut the number of tracks on his fourth studio album, ‘DAMN’. is by far his shortest release to date – but the ideas, thoughts and feelings it contains are huge, momentous things, from sexual tension to deep, dark depression.

Also vying for attention is the eternal battle between good and evil, with some chart-topping-friendly rap bangers thrown in just because they can. “DAMN.” shows Lamar as spiritual but tormented, confused and ego-tripping at the same time. Being Kendrick Lamar, imagine, must be crazy.’