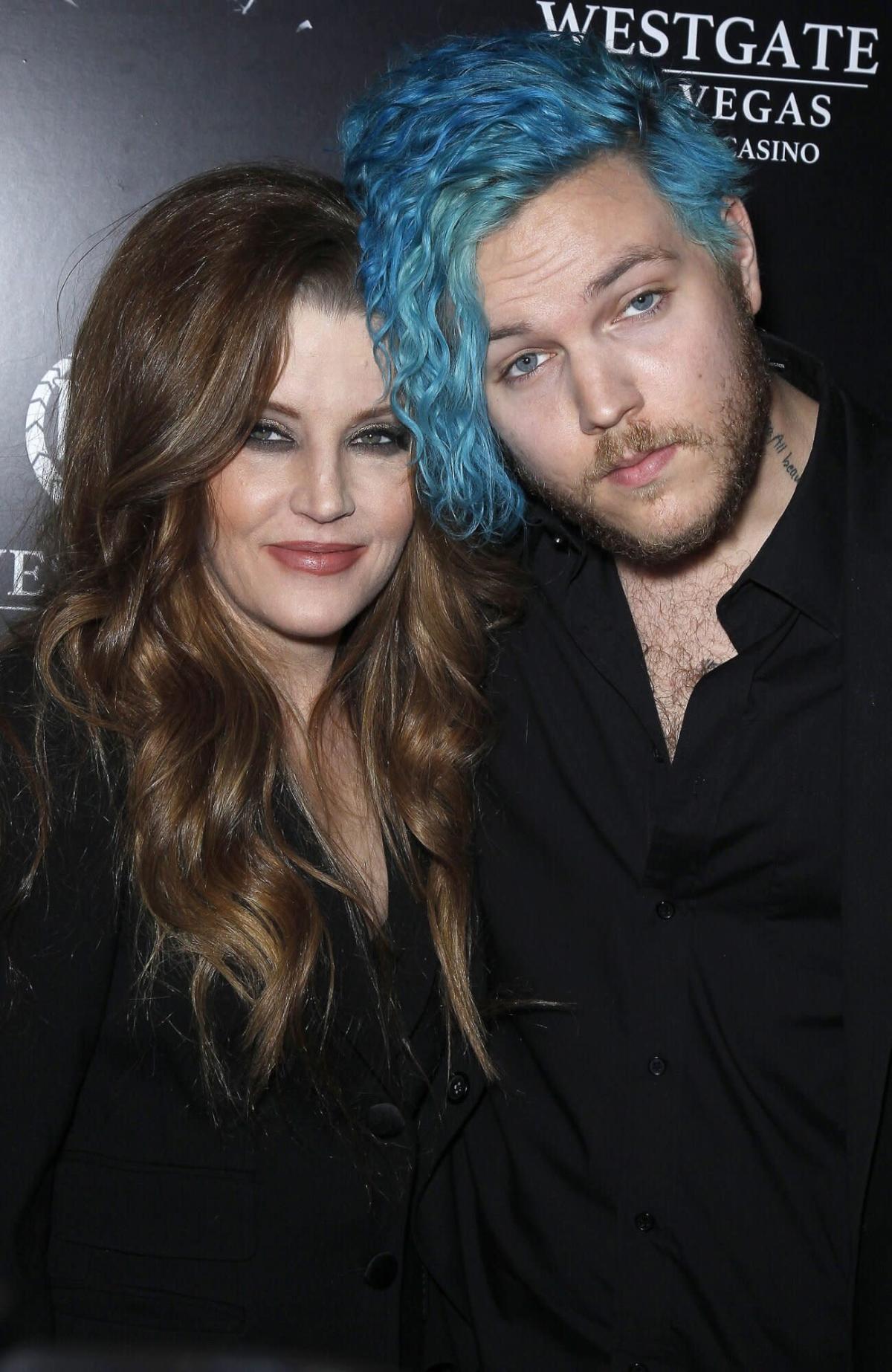 Lisa Marie Presley reflects on her late son Benjamin Keough as she discusses the upcoming movie about her late father Elvis Presley.

While posting about the new Elvis film directed by Baz Luhrmann, Lisa Marie, 54, couldn’t help but remember her late son, who died of an apparent suicide in July 2020 at the age of 27.

Lisa Marie kicked off her comment about the film by explaining why she was inactive on social media for a while: “There really isn’t much to say as I am and will forever mourn the loss of my son.”

“Navigating this horrific grief that absolutely destroyed and shattered my heart and soul to next to nothing has swallowed me completely,” she wrote in the Instagram post alongside the film’s official poster.

“Apart from my other 3 kids, not much gets more time and attention,” she shared in her life update. “That said, I just wanted to take a moment to let you know that I’ve seen Baz Luhrmann’s film.”Elvis‘ twice now, and let me tell you it’s nothing short of spectacular.”

“In my humble opinion, his performance is unprecedented and FINALLY done accurately and respectfully,” she said before joking that she would “eat my own foot” if Butler doesn’t get an Oscar for his performance in the film.

“You can feel and see Baz’s pure love, care and respect for my father in this beautiful film,” she explains. “And it’s finally something that me and my kids and their kids can be proud of forever.”

“What also moved me to tears was watching Riley and Harper, and Finley afterward, all 3 visibly overwhelmed in the best possible way, and so filled with pride over their grandfather and his legacy in a way I haven’t seen before. experienced,” Lisa-Marie continued.

Reflecting on the passing of her late son Benjamin, she added, “It breaks my heart that my son isn’t here to see it. He would have absolutely loved it too.”

“I can’t tell you enough how much I love this movie and I hope you love it too,” she wrote. “Everyone who was involved put their heart and soul into it, it shows in their performances.”

Lisa Marie expressed her gratitude to the film’s director, adding, “Baz, your total genius combined with your love and respect for my father and this project is just so beautiful and so inspiring.”

RELATED: Lisa Marie Presley opened up about being ‘relentlessly protective’ of her kids in a 2014 interview

“I know I’m repeating myself, but I don’t care,” she confirmed. “Thank you for straightening the record in such a deeply profound and artistic way. I love you.”

Last Friday, Lisa Marie’s mother Priscilla Presley revealed she was moved to tears after seeing her daughter’s reaction to the film, which focuses on Elvis and his relationship with his manager, Colonel Parker.

RELATED GALLERY: See the Elvis Cast compared to the real people who play them

“I have seen Elvis the movie, I’ve watched the trailer more than a dozen times,” Priscilla, 76, captioned her post, alongside a trailer for the movie. “But the words I heard from my daughter about how much she loved the movie and Which [her daughter] Riley [Keough] will love it too when she sees it brought tears.”

She noted that she “relived every moment in this film,” Priscilla continued, “it took me a few days to get over the emotions like Lisa did.”

Elvis premieres in theaters on June 24 and 45 days later on HBO Max.