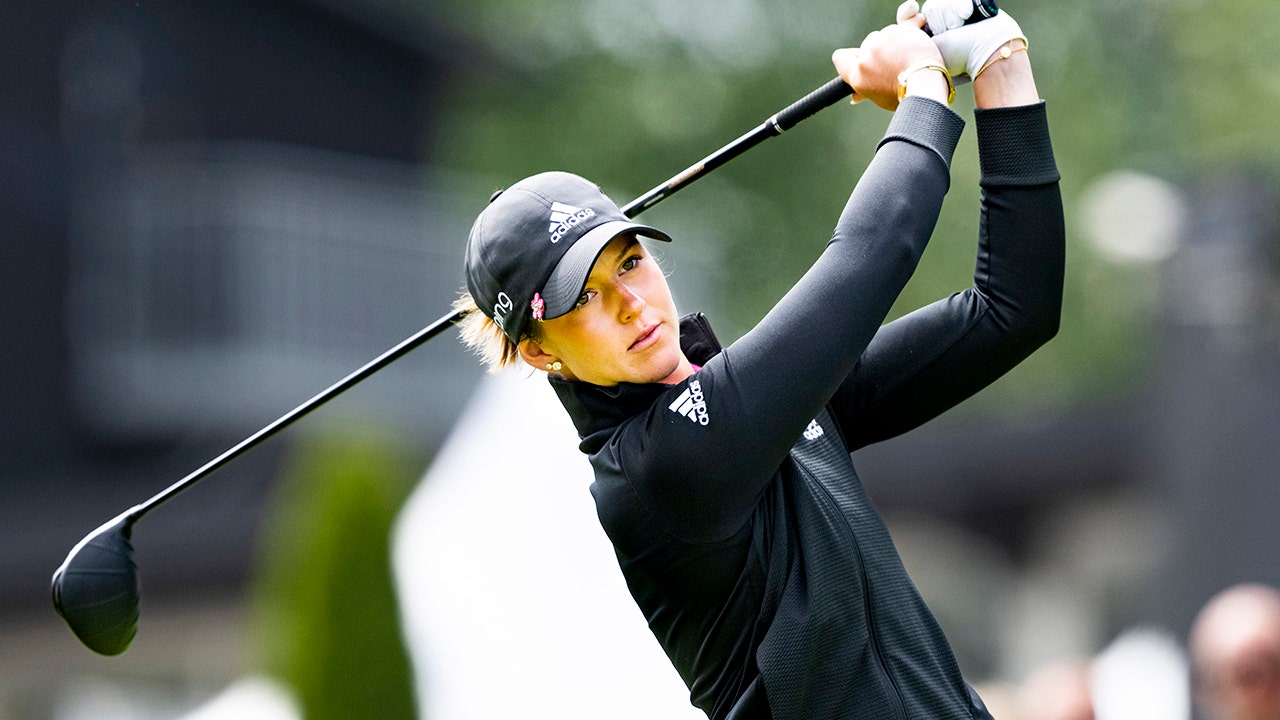 A female player has won an event on the European tour for the first time.

The 22-year-old Swede destroyed a field of both male and female golfers on Sunday at the Scandinavian Mixed event, winning by nine strokes after an 8-under 64 in the final round at Halmstad Golf Club.

Remarkably, she was 14 strokes away from the next best woman, Gabriella Cowley, who finished in a tie for 15th place.

“I just hope people recognize women’s golf more now,” Grant said, “that there are more sponsors going to the LET (Ladies European Tour) than to the men’s tour, and hopefully this will pump up the women’s game a little bit more.”

Linn Grant of Sweden hits from the first tee during the final round of the Scandinavian Mixed at Halmstad Golf Club, Sweden, Sunday 12th June 2022.
(Pontus Lundahl/TT via AP)

Grant started the day with a two-stroke lead and steadily built up her lead by birdied five of her first six holes, demonstrating the brilliant ball hitting and calm temperament she has displayed in southern Sweden all week.

She first took a nine-stroke lead after birdied the par-5 11th hole and regained it with her eighth and final birdie of the round on another par 5, the 14th. She completed a bogey-free weekend for the week of her golf life.

It’s the second leg of a tournament that started with 78 men and 78 women in the field, playing the same course – albeit on different tees – for one prize money and one trophy.

Grant said her main goal this week was to beat the men.

Linn Grant of Sweden watches her shot from the first tee during the final round of the Scandinavian Mixed at Halmstad Golf Club, Sweden, Sunday, June 12, 2022.
(Pontus Lundahl/TT via AP)

“That was the main thing – all week I just felt it was girls against the guys,” she said.

Grant’s grandfather, James, was a Scottish golf professional who emigrated from Inverness in northern Scotland to Helsingborg in Sweden. Her father, John, also played on the Swedish Golf Tour and has seven wins on the Swedish Senior Tour.

Grant turned pro last year, winning events on the Ladies European Tour in March and May, setting her up as a star in the making. In a course interview on the front nine, Grant said those two wins under her belt gave her a calm feeling going into the biggest lap of her life.

Her boyfriend, Pontus, was her caddy this week and her mother was on the course and among those cheering Grant on every green on a changeable weather day.

Linn Grant from Sweden will play from the first tee during the final round of the Scandinavian Mixed at Halmstad Golf Club, Sweden, Sunday 12th June 2022.
(Pontus Lundahl/TT via AP)

Sorenstam, one of the greatest female golfers ever, hugged Grant next to the 18th green after the win was sealed.