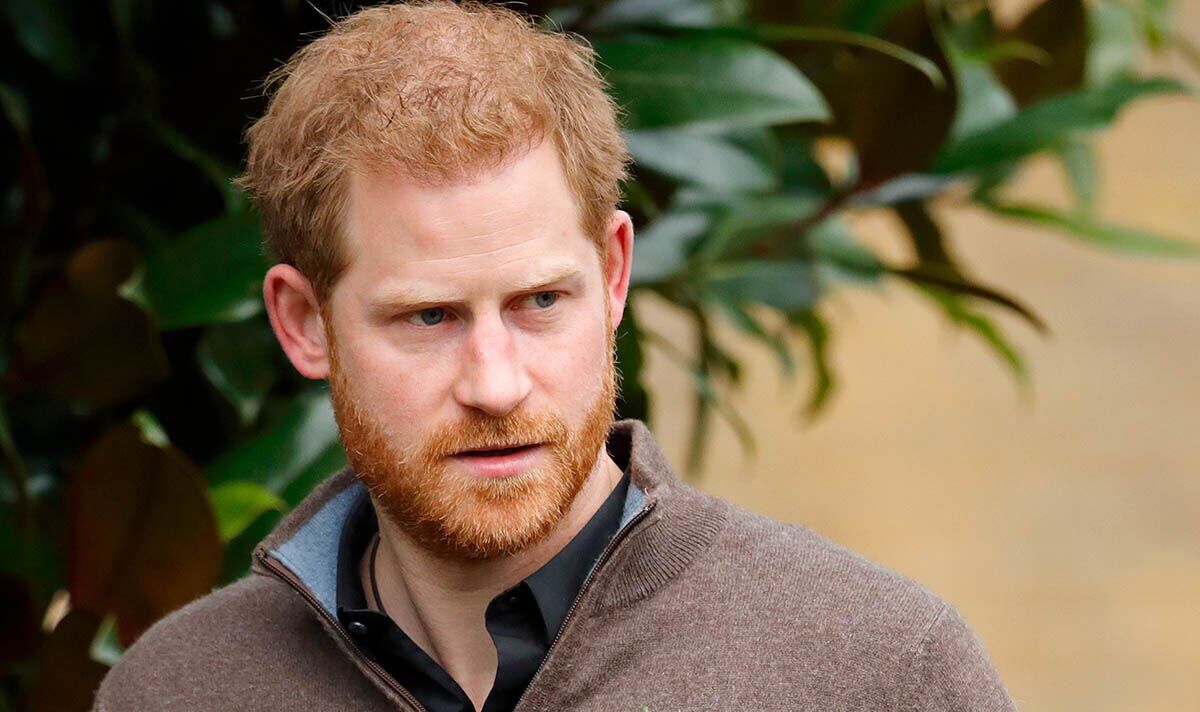 William and Kate ‘in photo fight with Lilibet’, says host

Meghan Markle and Prince Harry’s children may be given the titles of Prince and Princess when Prince Charles ascends the throne, eminent royal author Andrew Morton has claimed. The biographer, who famously wrote Diana: Her Own Story while secretly aided by the Princess of Wales, is confident that one of the first items on King Charles’ agenda will be the question of Lili and Archie’s titles. to be.

And these titles could be awarded during the next reign of the king, while Prince Harry is further relegated to the sidelines of the royal family.

Mr Morton said unless the Duke of Sussex bridges the gap between himself and Prince Charles and Prince William in the coming years, he could lose his “most important ally” within the firm when the Queen dies, as Harry would have remained very close with the monarch even after his resignation as a working member of the royal family.

The author told Express.co.uk: “The great irony of all this is that when Prince Charles comes to the throne, one of the first things he will be asked to do is make Lilibet a princess and Archie a prince.

“So while Harry will be cast into darkness, his children will have royal titles.”

Prince Harry is no longer a working royal (Image: GETTY)

Emphasizing how close the Duke of Sussex is currently to the sovereign and how the situation could change for him if relations with Charles remain severed in the future, Mr Morton also said: “You could have Prince Harry at a distance from the head of state, unable to get an appointment unlike now when he can just jump in line.”

Mr Morton added that when Prince Charles becomes king, he will be the “fountain of all honour” and will be able to bestow titles as gifts, just as the Queen has done during her reign.

He added: “It will be interesting to see what title they will get.

“And Lilibet will be the first American-born princess.”

READ MORE: Eugenie and Beatrice ‘clung to their seats’ to stop Harry from taking pictures

While the sovereign is indeed the source of all honour, the Letters Patent, issued in 1917 during the reign of King George V, established that only the monarch’s grandchildren in male line should be given titles.

The law made an exception for one of the monarch’s male-line great-grandchildren, saying that the eldest son of the Prince of Wales’s eldest son – who is currently Prince George – should also be given a title.

The Queen changed her grandfather’s decision to include all the children of the Prince of Wales’s eldest son among the great-grandchildren she could title.

The issue of titles for Prince Harry and Meghan’s children came up during the Sussex’s interview with Oprah Winfrey, which aired in March 2021.

The Queen and Prince Harry are believed to be very close (Image: GETTY)

Speaking of conversations that take place behind closed doors, Meghan claimed that unnamed people in the palace “said they didn’t want to [Archie] to be a prince” and that “he would have no security”.

Meghan added that she didn’t care much for the title itself, but that she wanted for her son the protection that came with the honor.

She then appeared to acknowledge King George V’s Letters Patent, saying, “The idea that our son is not safe, and also the idea that the first colored member in this family is not given a title in the same way that other grandchildren would be.. .

“You know, the other part of that conversation is, there’s a convention — I forgot if it was George V or George VI convention — that when you’re the monarch’s grandchild, so when Harry’s father becomes king, Archie and our the next baby would be prince or princess, or whatever they would become.”

The line of succession to the throne (Image: EXPRESS)

After saying it’s “not their right to” take the title from her children, the Duchess added: “And so I think even with that convention I’m talking about, while I’m pregnant was, they said they wanted to change the convention for Archie.”

After his birth, Archie would have been entitled to the courtesy title of Earl of Dumbarton, derived from the title Harry holds in Scotland, but reports emerging at the time of his birth claimed the Sussexes had decided not to use it.

Speaking to Ms Winfrey, Meghan said it was “not our decision” when asked if her son would be styled as a prince.

Archie was born on 6 May 2019 in a London hospital and lived his first six months in Frogmore Cottage, the official residence of the Sussexes in the UK.

Prince Harry returned to the UK earlier this month to celebrate the Queen’s Jubilee (Image: GETTY)

In mid-November of that year, he flew to Canada with his parents for an announced six-week break from royal duties.

In March 2020, he crossed the Canadian border with Meghan and Harry and moved to California when his parents retired from the Firm as senior members.

Lili was born on June 4 last year and, along with the rest of her family, made her first visit to England earlier this month, over the Platinum Jubilee weekend.

She is said to have been introduced to the Queen during the Sussex’s stay in the UK, and celebrated her first birthday with a garden party attended by close friends and family of Meghan and Harry.