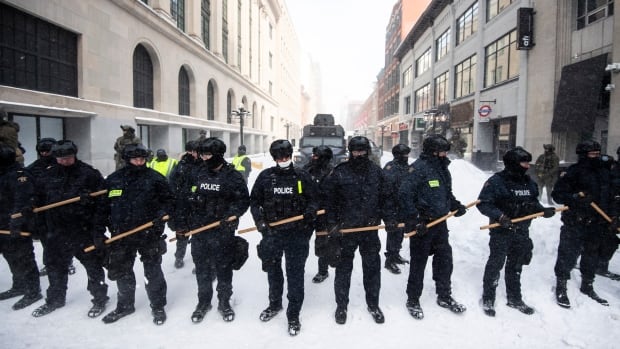 The Liberal government has renounced the cabinet’s confidence in documents related to its appeal to the Emergency Act, and has agreed to a request from the head of the public inquiry investigating the use of the law.

Paul Rouleau, the head of the Public Order Emergency Commission, requested a waiver of the cabinet’s confidence in documents the cabinet used to make the decision to invoke the law in order to provide full transparency about the government’s decision.

“This exceptional step recognizes the fundamental importance of the Commission’s work and how crucial these documents are in investigating why the government has declared a public order emergency,” said Commission co-advisors Shantona Chaudhury and Jeffrey Leon. in a statement.

According to the committee, this is only the fourth time in Canadian history that a public inquiry has been given access to government documents.

Prime Minister Justin Trudeau invoked the law on Feb. 14 — the first in Canada’s history — during the anti-COVID-19 mandate protests and subsequent occupation of Ottawa.

The law gave the federal government temporary powers to tackle the blockades that kept Ottawa at a standstill for three weeks last winter when protesters blocked access to the neighborhood and major arteries around Parliament Hill by clogging the streets with trucks and other vehicles. .

The committee announced Monday who would be given a position in the public inquiry, including governments at all three levels, convoy organizers and police.

Granting the right to groups or individuals grants them certain privileges in the investigation process, including the ability to introduce or cross-examine witnesses. It also means that they are informed in advance about documents being submitted as evidence.