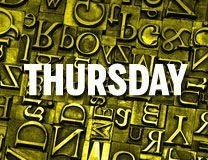 In his June 22 (“Convoy of corrections)” column, Lorne Gunter falsely claims that CBC News editor-in-chief Brodie Fenlon… “has written to all MPs and Senators.” To be clear, Mr. Fenlon has never written to an MP or Senator. Furthermore, Mr. Gunter incorrectly states that the two foreign financing stories were “substantially corrected” and “materially altered”. That’s false. They have not been corrected or retracted and were accurately reported based on data available at the time of publication. Mr Gunter goes on to say that CBC “falsely claimed that the Russians were behind the truck driver’s rally.” That’s false too. It was just a question to the Secretary of Public Security during a free interview on the Power & Politics program on CBC News Network.

(We understand that CBC Corporate sent Fenlon’s blog to MPs, it just wasn’t Fenlon who sent it.)

I realize that a conservative supporter cannot agree with Trudeau. But to see cars waving flags that say ‘F*** Trudeau’ isn’t something I want my grandkids to see on our highways. Isn’t this covered by the laws against harassment and bullying? If not, a Member of Parliament must submit a bill to introduce it against the law. What would happen if a flag said ‘F*** Jews’ or gays or some other minority? Hell would be raised and charges brought. It’s time something was done about this rude behavior being done by hateful Canadians.

(He caused it himself)

On “Bungling the Basics” (Brian Lilly, June 28): More than 50 migrants die in Texas while trying to illegally enter the US in a tractor trailer. The Joe Biden government is responsible for protecting the border. Period of time. End of story. In Canada, passports, airports, immigration, the military and controlling inflation are the responsibility of Justin Trudeau’s government. Period of time. End of story. We don’t need to hear what everyone has done wrong. Man up! Solve the problems. Or step aside and let someone else take the responsibility.

(Not going to happen)

On “A Record No One Wants” (Joe Warmington, June 24): When the Trudeau Administration Copies Every Destructive Policy of the Biden Administration, and Slack Police Chiefs Are Hired in Major Cities Like Toronto on a Go-along-to -get – past mayors and their silly, dastardly socialist councillors, crime skyrockets. Liberal word salads crowd out meaningful action. To see the evidence of the cause of this chaos, tune in to the only US news network that always reports the facts. The MSM has consistently covered up incompetent leaders in both countries. But when voters finally wake up to the collapse of their safe, peaceful lives caused by the liberal/democratic perversion of the justice system, a powerful political defeat will be great.

(The alarm went off years ago)