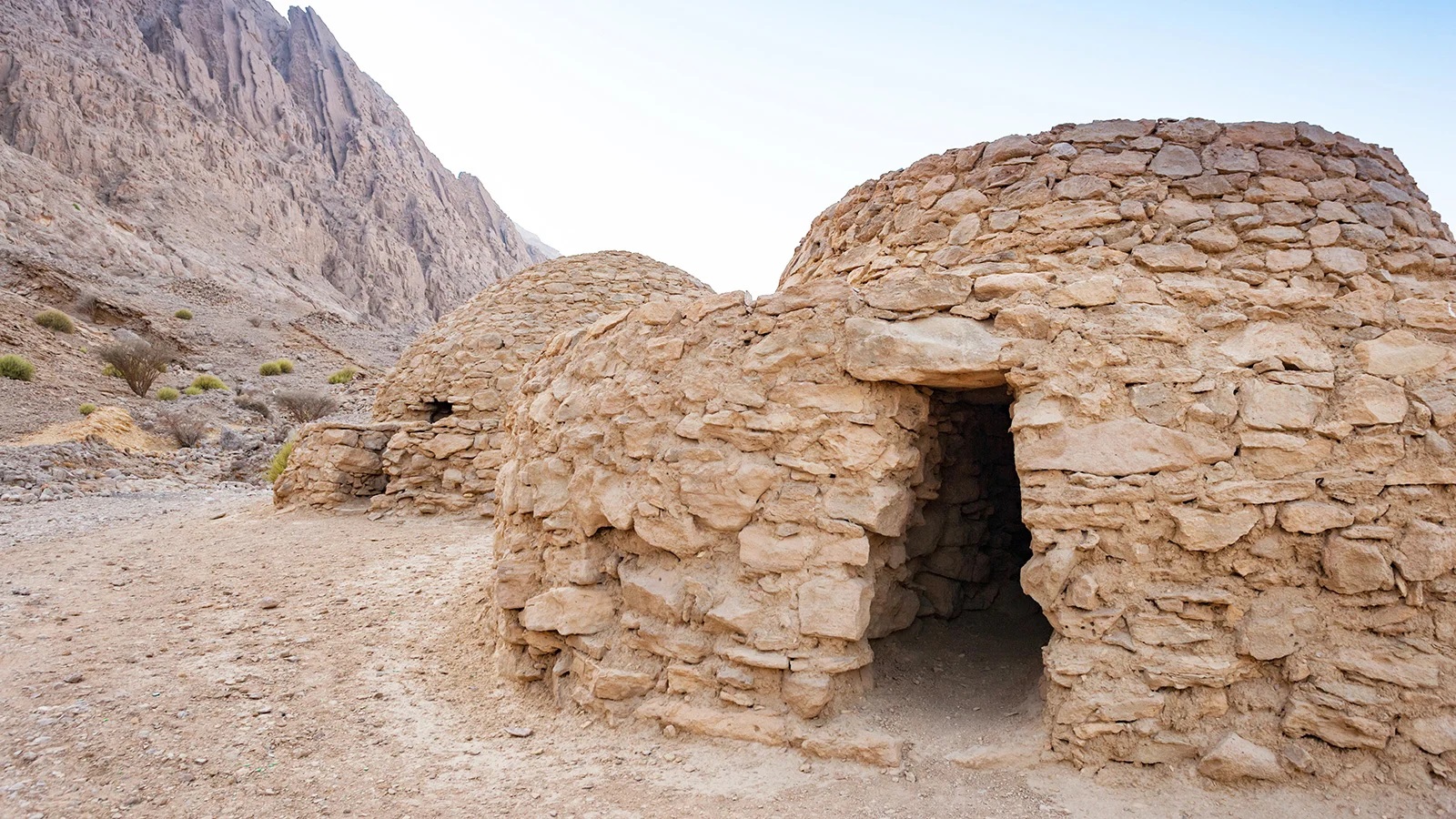 CNN released a report that sheds light on the ancient past of the capital Abu Dhabi, pointing out that the emirate includes a group of UNESCO World Heritage Sites, in addition to some of the best-preserved fortresses in the country, which showcase the most important geographical location. location through the ages, telling the story of the Emirati people’s connection to both land and sea.

And Al Ain, just a short drive away, is home to some of the most enchanting gems of past generations, including a living museum honoring the country’s Bedouin roots.

Al Ain, the birthplace of the late Sheikh Zayed bin Sultan Al Nahyan, may God rest his soul, is an unmissable destination for visitors to the UAE to discover its culture and authentic heritage.

Al Ain was a vibrant green oasis on the caravan route from the United Arab Emirates to Oman, and is now home to a number of UNESCO-listed sites.

Here are some of the most important archaeological and historical treasures in Abu Dhabi:

Dating back to the 18th century, Qasr al-Hosn had only one watchtower. As the complex grew, the palace eventually became the seat of power until the late 1960s. “There are wonderful stories about the palace told by people who used to live here,” said Natalie Leslie, a tour guide in the emirate.

“The door to the palace was practically open for people to talk to the elderly and express their concerns,” Leslie added. Today, the palace is not only a major attraction for tourists, but also for Emiratis, who come to sit in the palace cafe to learn more about the place their ancestors loved to talk about.

In use until the 1960s, the palace showcases the local culture through exhibitions and regular events.

Al Ain Oasis was the first site to be inscribed on the UNESCO list of World Heritage Sites in the UAE.

The site is located in the heart of the place known as The garden cityDating back more than 4,000 years, it is evidence of one of the first irrigation systems of modern times.

The system, known as a falaj, draws water from the neighboring Hajar Mountains through a series of narrow waterways still visible today.

Visitors can explore hiking trails through the site, which spans over 1,200 acres and contains more than 147,000 palm trees and 100 varieties of dates.

It was not until the 20th century that the age-old falaj system was modernized by installing pumps.

The area is characterized by a rare Iron Age building and 5,000-year-old Bronze Age tombs, next to the Jurn Bint Saud.

This 40 meter high cliff is dotted with landscapes, with many ancient stone tombs on the top.

Many discoveries in the area such as pottery, dagger blades, jewelry and bronze arrowheads are now on display at the Al Ain National Museum.

The history of this area dates back to the Bronze and Iron Ages, and it shows the ancient life that was embraced by the deserts of the region.

Archaeologists have uncovered villages, tombs and agricultural infrastructures from what is now called the Umm al-Nar period, named after the island off the coast of Abu Dhabi where the remains of that culture were first discovered.

The park is also home to the largest group of tombs and buildings in the UAE, dating back to that period.

Jebel Hafeet, the highest peak in Abu Dhabi, contains nearly 500 tombs dating back 5,000 years, marking the beginning of the Bronze Age in the UAE.

The graves were first discovered through excavations in 1959.

In the igloo-like tombs, archaeologists found pottery and copper artifacts demonstrating the importance of maritime trade across the Gulf.

Leslie saw that these tombs are one of the ‘hidden gems’ in Abu Dhabi. ‘Most people don’t know about all these discoveries in this area,’ she said.

Leslie added: “Although the UAE is a relatively young country, it is distinguished by ancient discoveries that prove that this region was once a busy place where history was made.”

This small but important fortress at the gateway to the main island of Abu Dhabi was built in the late 18th century with basic materials such as coral stones, beach rocks and sand.

The tower has protected Abu Dhabi for years.

“While Qasr Al Hosn has developed into a place of great importance to the local residents, Al Maqtaa Fort has become a resting place for those who come to Abu Dhabi,” explains Leslie.

The museum was once the home of the first president of the United Arab Emirates, Sheikh Zayed, and the ruling family lived there until the 1960s before the emirate became its permanent home when the main island of Abu Dhabi became a political and economic capital.

Visitors can glimpse life in the palace, which is a reminder of a time before oil was discovered.

Once converted into a museum, visitors can see the crucial connections between the past and the present and appreciate Abu Dhabi’s rapid transformation from Bedouin life to modern prosperity.

Shamsa Al Naqbi, an Emirati guide, said, “If you are a history buff and want to get to know the royal family and traditional architecture during this period, this is the perfect place to go.”

Sir Bani Yas Island is located in the western region off the beaten track and can be reached by boat or plane from Abu Dhabi through the resort “Anantara” which manages tourism on this island.

Leslie explained that the church and monastery were discovered in the early 1990s and that it is the only Christian pre-Islamic site in the UAE.

The site is the source of hundreds of artifacts that provide a glimpse into life during this period.

“The people of this settlement used the sea as a food source,” Leslie said.

Sir Bani Yas Island is now a wildlife sanctuary with a wide variety of protected animals, from the Arabian Oryx to gazelles, which visitors can see first-hand on game drives.