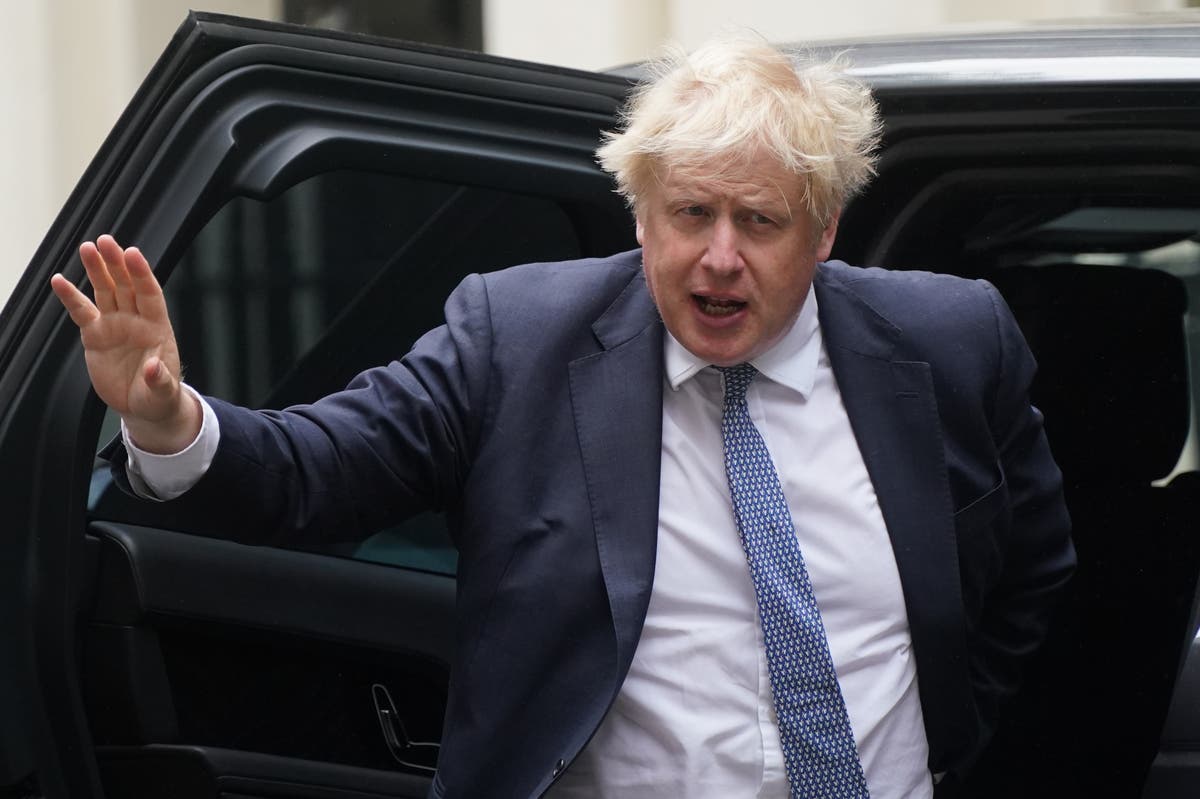 Boris Johnson has been accused of watering down the rules on ministerial conduct to ‘save his own skin’.

A new government policy statement states that ministers who have violated the ministerial code are no longer automatically expected to resign or be fired.

It comes as veteran Tory MP Sir Bob Neill called on the Prime Minister to resign in the wake of Sue Gray’s report to Partygate.

In a statement posted on his website, Sir Bob said that as those who “set the rules”, politicians have a “special responsibility to abide by them”.

Elsewhere, Chancellor Rishi Sunak’s new tax cut on investments in oil and gas exploration in the UK will cost taxpayers around £1.9bn a year, it is claimed.

The tax reduction. that has been widely criticized by green groups, opposition politicians and even oil executives, but also threatens to shortchange taxpayers further afield, according to estimates by think tank the New Economics Foundation (NEF).

It was the afternoon of the Sue Gray Report and, beneath Tiverton’s historic clock tower, lifelong Tories Andrew and Heather Barlow had already decided how to vote in next month’s by-election.

This, he made clear, was not a decision taken lightly.

Still, this near-lifetime loyalty will be broken after the prime minister refused to resign over revelations that he had broken coronavirus lockdown rules by attending drunken Downing Street parties.

For more information on Colin Drury’s take on the by-election, click here.

Tory MP Steve Brine has confirmed he has filed a letter of no confidence in the Prime Minister.

In a statement posted on his website, Mr Brine said: “I have no doubt that the events collectively known as ‘party gate’ have sparked a sense of deep disappointment and mistrust in our government and the Conservative Party. This is neither sustainable for the country nor fair for good people (including MPs) who are simply doing their job.

“To me, too, the new revelations in the Sue Gray report that staff and cleaners were not treated well are deeply disappointing and speak to a Downing Street culture that I find off-putting to say the least. The Prime Minister was right to apologize to them and I note a number of reforms that Sue Gray has welcomed in her final report. Yes, all of No.10’s senior management has changed since these events – except for the Prime Minister – and that is a problem.

“Of course there is a bigger picture here about leadership, fairness and decency. Not whether this prime minister can get away with it, but whether he should.

“I said some time ago that I thought it was inevitable that the Prime Minister would get a confidence vote among Conservative MPs (it was widely reported) and I have not changed my mind. All I can do as a backbencher is try to get that process going and (a while ago actually) I did.”

Rory Stewart has said the entire Downing Street operation is now focused solely on trying to keep the “monstrous ego” Boris Johnson in power, as he warned of the erosion of confidence in British politics and compared the current leadership with that of convicted fraudster and former Italian Prime Minister Silvio Berlusconi.

The former Conservative minister joined a chorus of voices criticizing the Prime Minister and his No. 10 team after the damning Sue Gray report exposed the magnitude of the lockdown-breaking behavior at the heart of the government. writes Tom Batchelor†

SNP leader Ian Blackford has branded Boris Johnson a “charlatan” after a new policy statement was announced yesterday saying ministers should not resign if they break the ministerial code.

‘They look down on us like we’re the dirt we clean’: Protesters outside No. 10 call for respect for cleaners

Cleaners vehemently reprimanded the Boris Johnson government during a protest in Downing Street Friday night, accusing the cabinet of “looking down on us as if we are the dirt we clean”.

workers told the independent that the issues respectfully went beyond No. 10 and raised issues related to precarious, outsourced contracts and low wages.

The former minister told BBC Radio 4’s Today programme: “No one in the world could have made it clearer, I don’t think I want the Prime Minister to leave – I haven’t changed about that.”

When asked whether discontent was spreading in the Tory party, Mr Davis said: “There is no doubt about it, for two reasons.

“Number one, frankly, in many cases they see their own seats disappear, they see themselves losing the next election because of this.

“Moreover, it has a bad effect on the country… it distracts from everything you do and it doesn’t do the reputation of the country.”

The former Brexit secretary said party leadership issues traditionally took “a long time” to be resolved, pointing to the long time Sir John Major and Theresa May remained at number 10 despite experiencing a backseat uprising.

He added: “I’m afraid we won’t resolve this until the latter part of the year.”

Schools don’t have to accommodate transgender students by addressing them by their favorite pronouns or by allowing them to use gender-specific restrooms, the attorney general said.

In an interview with The times, Minister Suella Braverman said schools are not legally required to have transgender children wear their preferred school uniform.

She also criticized schools for their “unconditional approach” to gender reassignment, saying they needed to take a “much firmer stance” when it came to making provisions for transgender students.

Conservatives would occupy just three of 88 seats on the battlefield if elections were held now, poll suggests

In a major blow to the party, the Prime Minister’s own seat, Uxbridge and South Ruislip, would likely fall under Labour’s control, with current results suggesting Labour’s 5 point lead over the Conservatives.

According to the latest YouGov models, of the 88 seats Boris Johnson’s party either won from Labor in 2019 or currently holds by a slim majority, the Tories would only manage to retain control of Ashfield, Bassetlaw and Dudley North, writes Emily Atkinson.

Boris Johnson has been accused by one of his own MPs of misleading parliament as the number of Tories calling for him to resign after 10 lockdown parties continues to grow.

Veteran Conservative Sir Bob Neill and 2019 contestant Alicia Kearns both expressed their dismay at the Prime Minister’s insistence that he had not broken coronavirus rules by attending leave doses for outgoing officials.

Sir Bob, a qualified barrister and chairman of the Commons Justice Committee, confirmed that he had submitted a letter of no confidence in Mr Johnson’s premiership following the publication of Sue Gray’s report on Downing Street parties.

Ms Kearns said the senior official’s investigation found that Mr Johnson was “complicated in hosting many farewell parties for his staff”, the back seater said “showing complete disregard” for the Covid restrictions in place at the time.

The Rutland and Melton MP said she had concluded that “the Prime Minister’s report on the events to Parliament was misleading”.

Rishi Sunak’s new tax credit on investments in oil and gas exploration in the UK is costing taxpayers around £1.9bn a year, it is alleged.