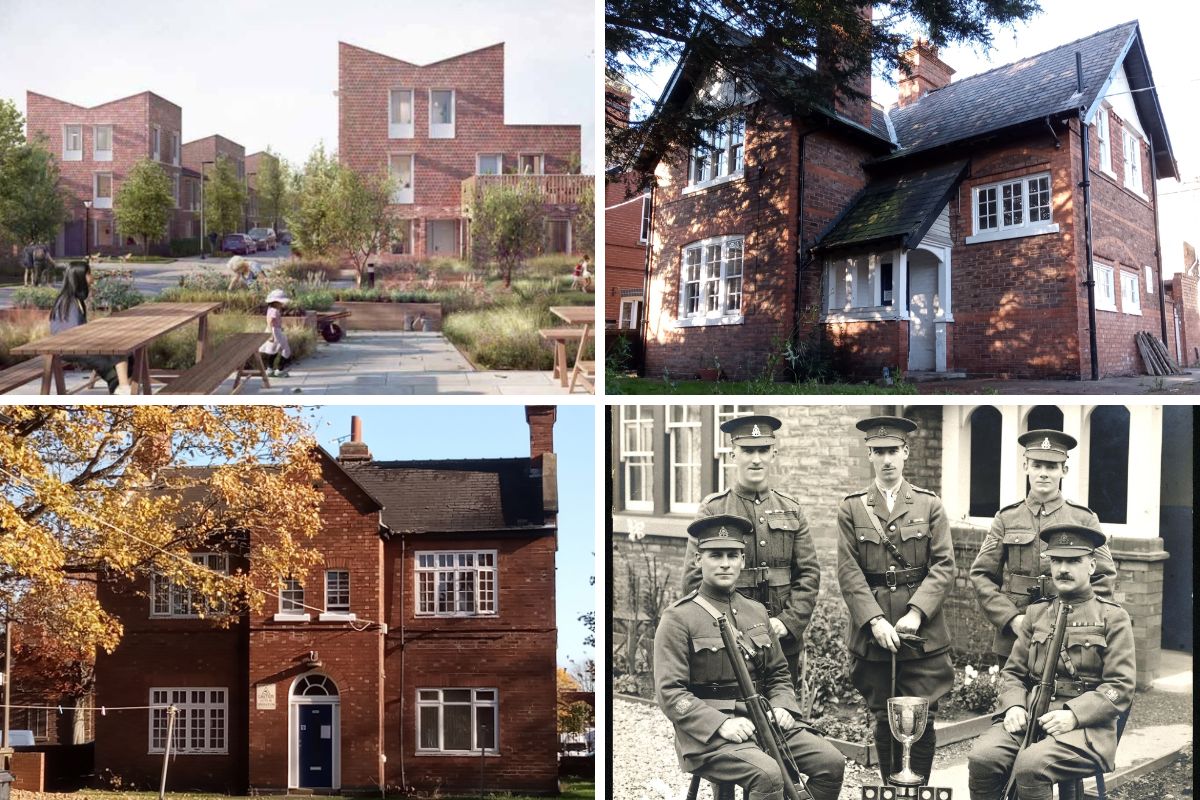 CAMPAIGNS make a last-ditch effort to save three early 20th century blocks near Fishergate, which are threatened by a plan to build 85 new homes on Ordnance Lane.

City of York Council wants to build the new, eco-friendly homes — at least 40 percent of which will be “affordable” — as part of its drive to deliver 600 new homes under its Housing Delivery Program. A report to city planners meeting tomorrow (Thursday) recommends it be approved.

But heritage activists say the early 20th-century houses, which are to be demolished to make way for the new development, could instead be salvaged and modernized.

An artist’s impression of the intended development

“The houses were built to house the staff of the Ordnance Depot and the Military Hospital, and are comparable to other houses that the municipality spends millions on refurbishing and improving their energy efficiency,” he said.

“The houses face south and their open gardens can become a green walkway from the traffic of Fulford Road to the tranquility of the new estate. One house is of particularly fine Arts and Crafts design and a 1924 photo shows it behind a group of soldiers proudly displaying a trophy.

“Unless councilors realize the importance of preserving York’s military heritage, it looks like these homes will soon be in ruins.”

The council says the site will mainly consist of a warehouse and ‘bus depot’ used by Transdev, which would move to another location at Rawcliffe Park & ​​Ride. But it admits that some houses from the late 1800s and early 1900s will have to be demolished.

These include four houses in Ordnance Lane, built between 1891 and 1909, and a further five built later, before 1931. The houses known as the “Married Quarters” will remain and will be converted into eight business premises and two communal areas.

A council report on the plan says 16 trees would be removed but 145 would be planted and the site would have a cycle route and parking for ten cars north of the site, with a further 31 on-street parking to the west. side of Hospital Fields Road.

York Civic Trust broadly supports the plan, welcoming the promise of intergenerational living and communal spaces and the low-car ambitions. But it adds: “The loss of the three early 20th-century buildings is regrettable and contributes to the fragmentary erosion of the military heritage.”

Denise Craghill, Executive Board Member for Housing, said: “The proposed development on Ordnance Lane preserves and enhances the best and largest building on the site at the heart of the development. The buildings to be demolished were independently assessed as being of low historic and architectural value… and add nothing to the conservation area.”