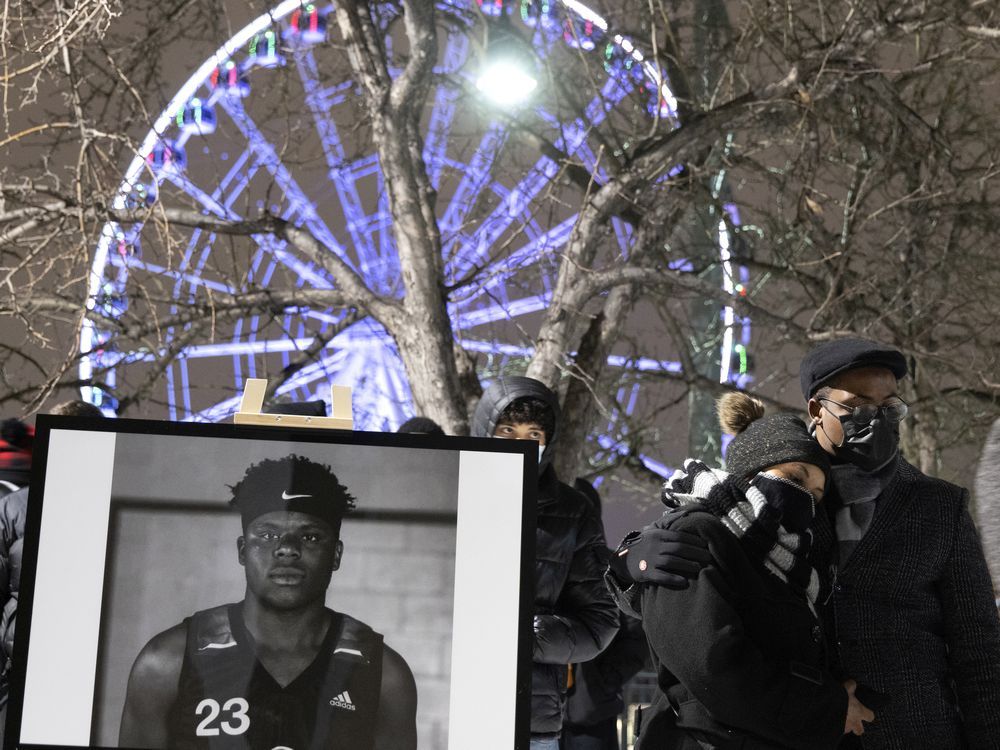 Inadequate health and safety management at La Grande Roue de Montréal played a role in the death of one of its employees on December 25, 2021, an investigation by the Commission des normes de l’equité de la santé et de la sécurité du travail (CNESST) is closed.

The report, made public on Thursday, listed two causes of the accident at the old harbor attraction: a danger zone was accessible to the worker, and a lack of health and safety management at the site led workers to devise dangerous ways to handle snow. clearing the wheels that make the Grande Roue turn.

Riley Jonathan Valcin, a 22-year-old civil engineering student at Polytechnique and a maintenance worker at Grande Roue, was clearing snow from the wheels when he became wedged between a wheel and the transmission plate that propels the Ferris wheel. Valcin was taken to hospital in critical condition and later succumbed to his injuries.

According to the report, before the accident, an employee had expressed concern several times about operating the Ferris wheel during freezing weather, as it affects the traction between the wheels and the transmission plate, which he says could lead to abrupt movements in the gondolas, with possible result in injury. riders. The report says that after conducting tests, the Grande Roue’s president and a group of engineers concluded that slippery conditions can lead to minor impacts that can be uncomfortable for guests, but not dangerous. They also noted that spinning the wheel for a while without guests on board would warm the wheels enough to melt snow or ice.

The employee was told he could manually operate the Ferris wheel if it made him feel more comfortable about safety, but was not instructed as to whether to clear snow from the wheels, the report said. On the day of the accident, the worker felt that the snow was again affecting traction, so he asked Valcin to clean the wheels while he manually operated the Ferris wheel.

The job was not part of a maintenance worker’s job, the report says. In fact, many employees testified that they had never seen a maintenance worker in the area where the accident occurred and that there is a consensus that such workers are not authorized in hazardous areas.

An operating manual for the Grande Roue analyzed by the CNESST states that no one is authorized to enter restricted areas while the ride is in motion, those areas must be cordoned off and an authorized person must disable the Ferris before entering the Ferris. entering the area. Drive and keep the key on it. But the report says many employees testified that they had never seen the manual and that the only one on site — in English only and dated 2017 — was in the administrative-level manager’s office, not the operating room. The manual states that operators should be familiar with its contents.

After the accident, the CNESST advised the Grande Roue to create a French version of the manual and to ensure that it is accessible to employees at all times and that they are aware of its contents, including the procedures to be followed. be monitored in bad weather.

La Grande Roue was able to reopen when corrective measures were implemented, the CNESST said.

In a statement on Thursday, Grande Roue’s spokesperson Lawrence Esso reiterated the company’s condolences to Valcin’s family and said that, in addition to implementing all major corrective measures, it committed “to go beyond the CNESST.” recommendations, in particular by improving the training procedure for all candidates for the position of train driver, which is considerably more thorough today than at the time of the accident.”

“In addition, the company will be joined by an independent consultancy to benefit from objective expertise and ensure ongoing best practices when it comes to on-site health and safety.”