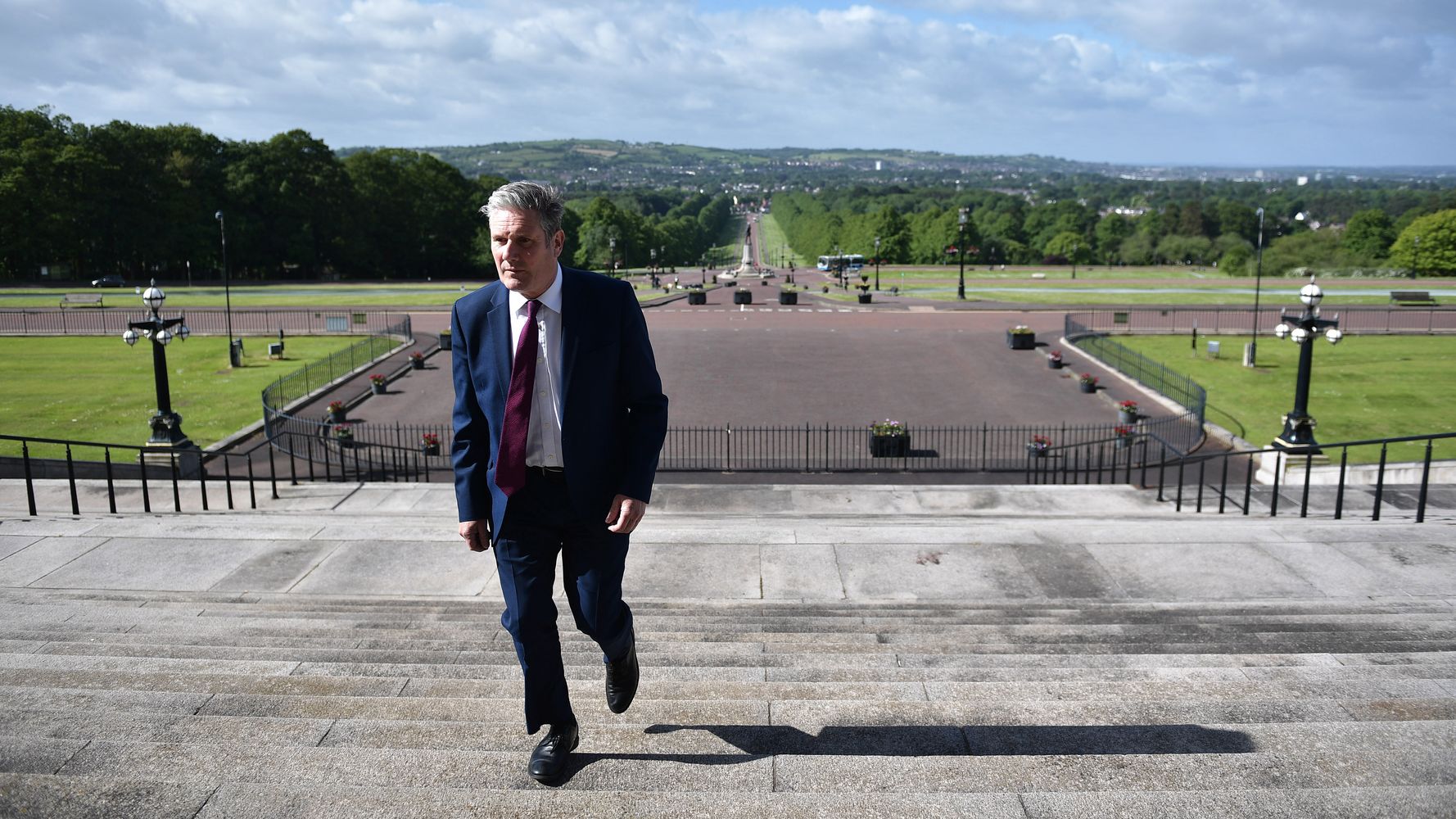 Labor will oppose controversial legislation that gives ministers the power to tear apart parts of the Northern Ireland Protocol.

Downing Street confirmed earlier today that legislation to override parts of the protocol would be proposed to the Commons on Monday.

However, Sir Keir Starmer has said his party will vote against such legislation during a visit to Northern Ireland.

In Belfast, the Labor leader said: “We will vote against the legislation that the government is putting before parliament. We think this is the wrong approach.

“I’m not pretending there aren’t problems and challenges with the protocol, of course there are.

“We’ve listened to the political parties here, to communities, to business groups. I think those challenges at the negotiating table can be overcome with statesmanship, with a high level of confidence.

“It’s that high level of confidence that this Prime Minister lacks and I think he’s making a mistake by going down the road of legislation that is contrary to international law and, actually, I think, hinders the negotiations.” which, in the end, will solve these difficult problems.”

The Northern Ireland Protocol – which was agreed with the EU in 2019 – has been a source of tension since it came into force in early 2021.

It was designed to avoid a hard border on the island of Ireland when the UK left the European Union.

However, it led to goods controls in NI seaports on some products from Great Britain, effectively creating a new trade frontier in the Irish Sea.

Unionist parties argue that this has led to additional costs, unnecessary delays and has undermined the union.

The spat has paralyzed the devolved government after local elections in NI as the DUP refuses to sit down until there is “action” on protocol.

During his visit, Starmer also said that if Labor were in power, they would scrap the proposed legislation.

He added: “We were going to scrap the legislation and I think there has been a deadlock in the negotiations because we haven’t seen the high level of confidence we need for negotiations like this, not least from our Prime Minister.

“I don’t think the protocol’s remaining issues can’t be solved with a different approach, with that high level of trust, with an honest, mediated prime minister getting people around the table and negotiating what needs to be negotiated.”

The UK government’s move will spark a furious response from the EU – which believe the legislation could bring the UK into violation of international law.

However, ministers have maintained that the plans will be legal.

A spokesman for No. 10 said: “The bill has been approved by the relevant cabinet committees and will be presented to parliament on Monday. We will publish a summary of the legal advice alongside the bill.”