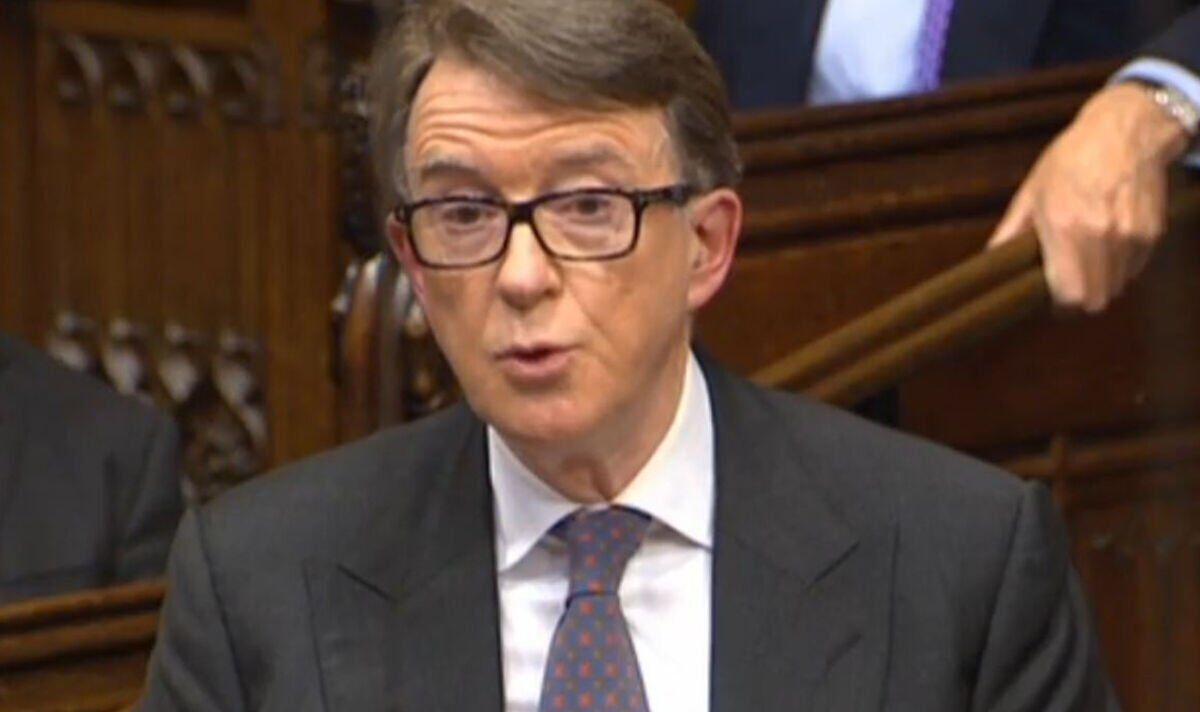 Former Labor secretary and close ally of Tony Blair made a scathing attack on the opposition leader’s reputation, warning that a future government led by him risks condemning Britain to “inertia and decay” unless he has a vision. before Britain began to sketch. He said that at this point in time the party would “slip over the finish line” rather than win convincingly in the next election.

Lord Mandelson said voters were desperate for Sir Keir to show “ambition and hard thinking” rather than playing it safe and relying purely on Boris Johnson’s unpopularity to come to power.

The colleague, who has been a close adviser to the Holborn and St Pancras MP since he took the top job, warned Labor had “about a year” to turn things around.

“We need to see more powerful brushstrokes, put on that canvas,” he said.

He will say to the North East Chamber of Commerce in Durham: “I am pleased that Keir Starmer now wants to build on the legacy of New Labor.”

He will add: “But this requires us to think deeply about how the world has changed since then and what opportunities it presents, and realistically assess what we did well and where we could have done better.”

The caustic intervention highlights Labor’s own internal party woes at a time when the Tories are most divided.

It threatens to take the spotlight away from the prime minister’s leadership problems and remind voters of Labour’s own quarrels.

Johnson faces attacks from within his own ranks after narrowly surviving a confidence vote from Tory MPs on Monday night.

Labor has since tried to take advantage of the government’s divisions to boost the party’s position in the polls.

Lord Mandelson isn’t the only ally of Sir Keir to come out in the open by urging Sir Keir to be more daring.

The ex-communications director of the former lawyer also insists on more vision.

Ben Nunn wrote for the website Politico: “This is an opportunity for Labor – and party leader Keir Starmer in particular – to outline the choices he prefers.

“In the coming days, an intervention should frame the governmental crisis on Labour’s terms, in a way that speaks directly to the country – which is the choice between a divided government that can no longer rule and a united opposition that is ready to rule. .”

He added: “Most people who wake up this morning are worried about the same things they were yesterday: the economy, the rising cost of living, their jobs and the condition of their local community.

“While the government argues with itself, Labor can make the bigger arguments about the country and – crucially – how the economy can grow.”

Following Monday’s confidence vote, Sir Keir promised he would perform for the British public if he became Prime Minister.

He said: “Under my leadership, Labor will put the public first, tackle the cost of living crisis and restore your confidence in politics.”