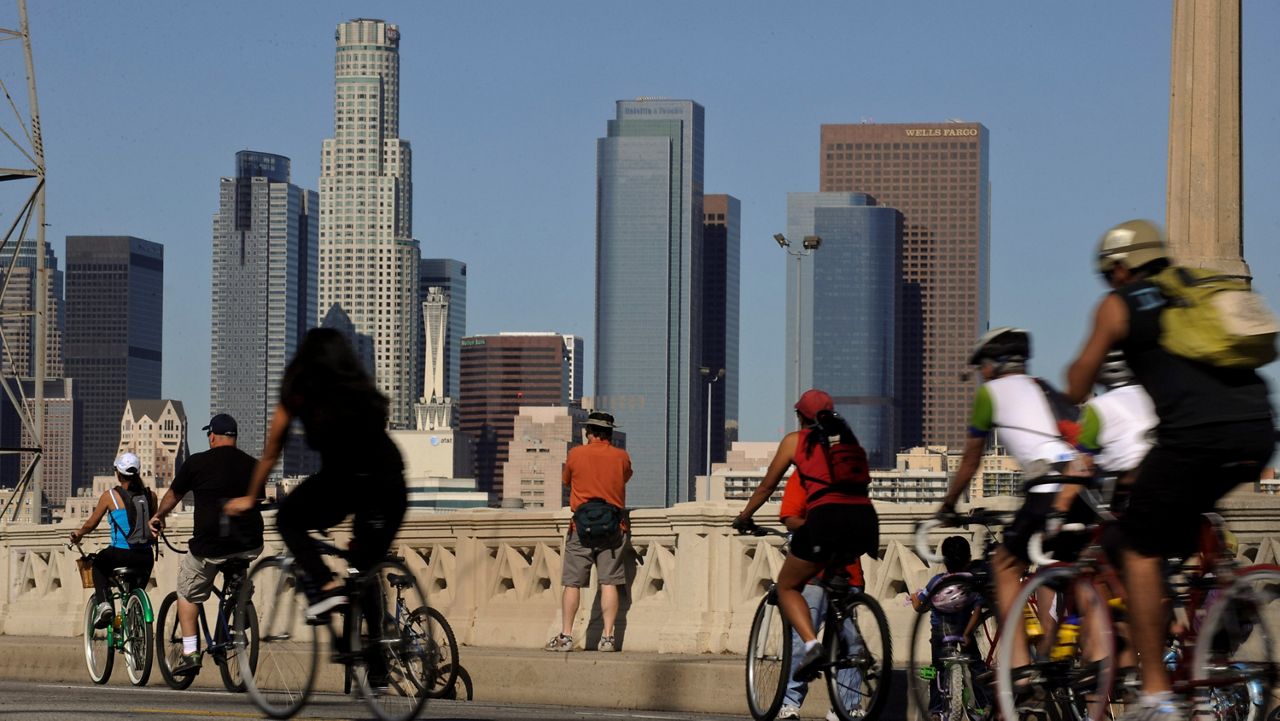 LOS ANGELES (CNS) — The Los Angeles City Council on Wednesday approved a framework designed to accelerate implementation of the city’s mobility plan, passed seven years ago in an effort to improve pedestrian safety and reduce the number of to reduce road deaths, which has yet to be completed. bloom.

“Year after year we see an increase in road deaths and it is clear that the city has been too slow to implement our mobility plan,” council chairman Nury Martinez said in a statement following the city council vote. “With this motion, we can ensure better coordination between city services and more effective implementation of this plan.”

The mobility plan approved in 2015 provided a framework for creating a network of bus lanes, pedestrian priority zones and protected cycle paths. But as of earlier this year, only 3% of the plan’s 1,500 miles of pedestrian safety improvements have been implemented, according to the motion filed by Martinez and supported by councilors Monica Rodriguez, Kevin de León, Curren Price and Marqueece Harris-Dawson.

The motion noted that despite the plan’s approval, the number of traffic fatalities in Los Angeles has increased by 20% in the past year, despite the city’s goal of eliminating traffic fatalities by 2025 through the Vision Zero initiative. According to Martinez’s office, 294 people died in traffic incidents last year, including 132 pedestrians.

The action, unanimously approved by the council on Wednesday, calls for greater coordination between the different city services to ensure more efficient implementation of different parts of the mobility plan, and to prioritize improvements in low-income neighbourhoods, which have traditionally been had a higher percentage of the city. most dangerous roads.

The council’s action calls for the development of a framework for selecting corridors for improvement, and the establishment of standard elements that can be implemented to make the routes safer for pedestrians, cyclists and transit drivers.