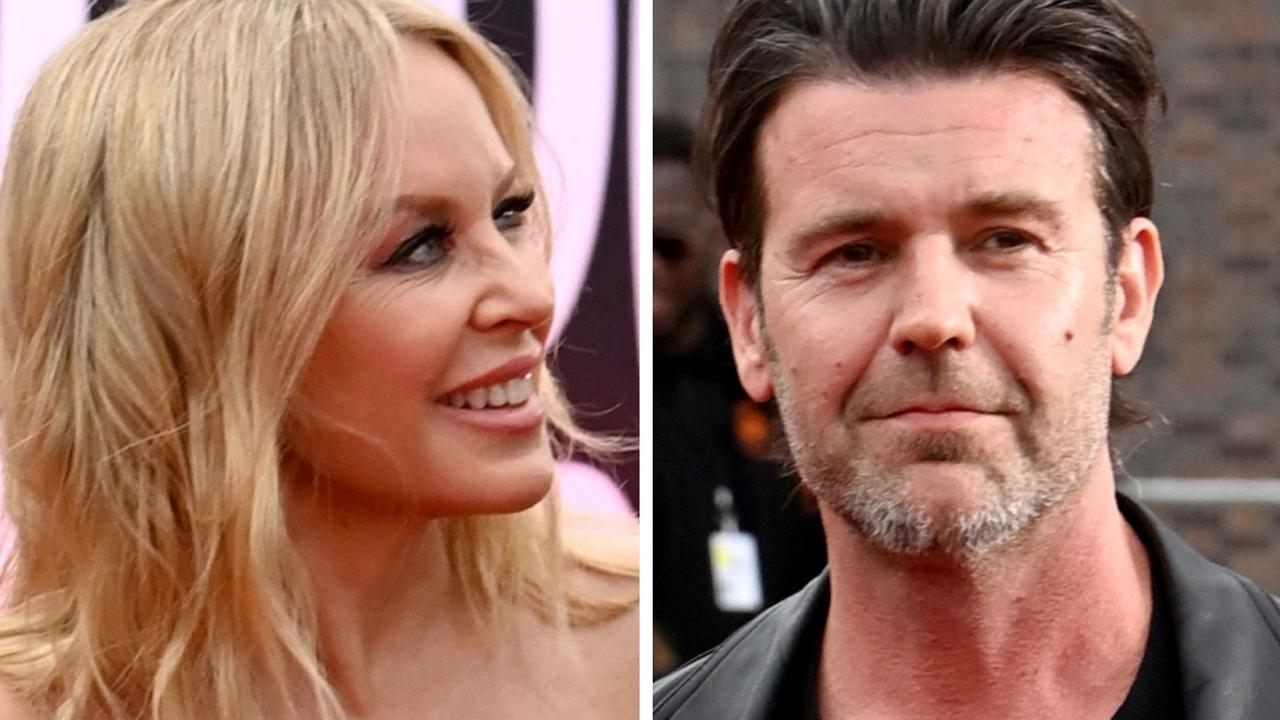 Australian singer Kylie Minogue has hit the red carpet with her long-term boyfriend Paul Solomons, in a rare public outing for the low-key couple.

Kylie Minogue has made a rare public appearance with her long-term boyfriend Paul Solomons.

The uber-private couple, who have been dating since 2018, walked hand in hand on the red carpet during the launch night of ABBA’s digital concert in London.

Minogue, 53, wore an off-the-shoulder, feathered black mini dress, with matching stockings and heels for the occasion, while Solomons, 47, rocked a black leather jacket and jeans.

The Australian singer has been in a relationship with the British GQ creative director since 2018.

Obviously Solomons lives in the UK, while Minogue recently moved back to Australia after living in London for 30 years.

Rumors started circulating that the couple got engaged in February last year when British actress Billie Piper appeared to let it slip in a column written for Ellemagazine.

Piper wrote of a chance meeting with Solomons some 21 years ago when she was unwell at a club and he carried her outside.

“Later I would find out that his name is Paul, just like my father. He is from Wales, works at GQ and in time will become a dear friend, a dazzling success and Kylie Minogue’s fiancée,” she wrote.

Further confirmation appeared to come from Solomons’ stepmother Gloria who had this to say when approached by theDaily mail: “She’s a lot of fun. I’m glad they’re engaged. It’s very exciting. But I’m sorry, I can’t tell you more because I was told not to. I respect my son and I respect Kylie too much to more to say.”

However, Minogue’s representatives were quick to deny the engagement claims to: The sun: “It’s not true. They are happy the way they are.”

Minogue’s four-year romance with Solomons comes after a string of high-profile relationships for the singer.

She was in a relationship with Australian actor Joshua Sasse from 2015 to 2017 in what was arguably her most public relationship to date: he appeared on stage at her concerts, in one of her music videos (which has since been taken off her YouTube channel). deleted) and they presented an award together on the ARIA’s stage.

Sasse, 34, revealed the couple were engaged at the 2016 NME Awards, but the following year they broke up.

Prior to that, Minogue was in a relationship with Spanish model Andres Velencoso, 42, from 2008 to 2013 and French actor Olivier Martinez, 55, from 2003 to 2007. Martinez was by Minogue’s side as a source of support during her cancer diagnosis in 2005.

He later sold his story to the press, admitting that he had cheated on Minogue several times.