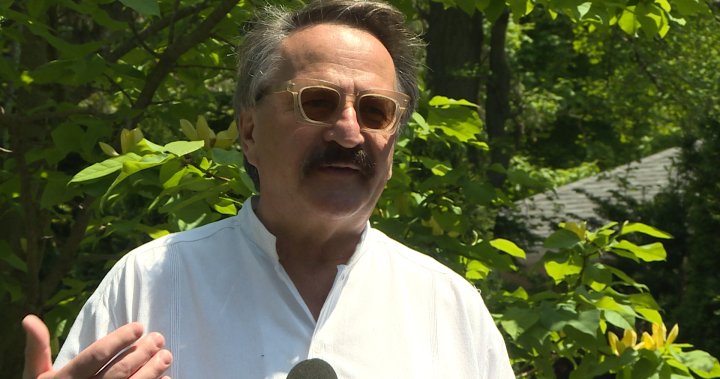 Lubomyr Luciuk is back in Kingston after spending three and a half weeks in Eastern Europe.

Luciuk, professor at the Royal Military College, called the trip an eye-opening experience.

The academic, author and president of the Ukrainian-Canadian Club of Kingston says he made the journey to better understand the refugee situation in and out of the war-torn country.

“Enriched by the experience and also enlivened by it and encouraged to do more,” Luciuk said. “I will now work harder to help these people because they need our help.”

Luciuk traveled to a number of countries around Ukraine such as Poland, Georgia and Turkey.

The academic of the RMC sought answers from people who had fled the war-torn country.

“Some were single mothers with children, some were just young women, others were family groups with older parents in tow,” Luciuk told Global Kingston.

“There was great resilience, great hope, a sense that Ukraine will win the war regardless of the outcome of the battlefield. Ukraine has already won the war in terms of solidarity it develops with Ukrainians around the world.”

Luciuk says the displaced Ukrainians were well received almost everywhere in the countries they sheltered in.

“Nowhere did I find people saying that these people had to go home or they would be a burden. I saw nothing but generosity, nothing but welcome,” said Lucuik.

“I have not seen any negative comments about the refugees. I only saw one, and I saw one too: ‘I love Russia’ written on a blackboard in front of a restaurant in Istanbul.”

Luciuk, in his role as president of the Ukrainian-Canadian Club of Kingston, helped establish a fund to support Ukrainian post-secondary students stranded in Limestone City.

There are also plans to use some of that money to help and settle Ukrainians in the region.