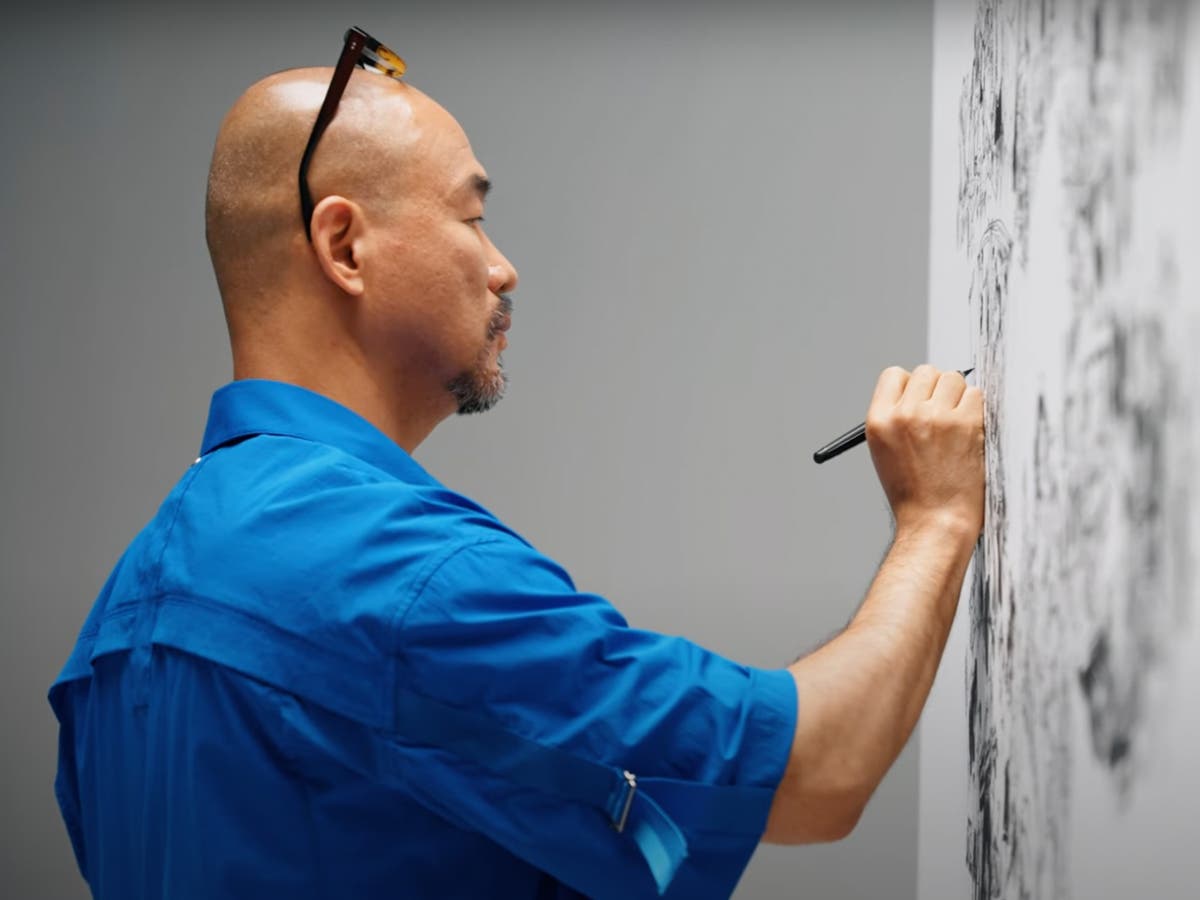 Cartoonist Kim Jung Gi has ‘suddenly’ died of a heart attack at the age of 47.

Known for his ability to completely recreate complex scenes from memory, the South Korean artist holds the Guinness World Record for “longest drawing by a person.”

In a statement shared on Wednesday (October 5), collaborator Hyun Jin Kim announced that the artist passed away on Monday (October 3) in Paris.

“It is with great sadness and heavy heart that we inform you of the sudden passing of Kim Jung Gi,” he wrote.

“After finishing his last schedule in Europe, Jung Gi went to the airport to fly to New York, where he developed chest pains and was taken to a nearby hospital for surgery, but unfortunately died.”

Hyun continues: “After doing so much for us, you can now put down your brushes. Thank you Jung-Gi.”

The Daniel Maghen Gallery, which is currently showing an exhibition of Kim’s work, wrote: “It is with great sadness that we inform you of the passing of Kim Jung Gi on Monday evening in Paris. The South Korean artist died at the age of 47 after a heart attack.

“His sudden disappearance is in stark contrast to the immense happiness he has brought us. We are speechless…

“All our thoughts go out to his family, his wife and two children, his friends, his associates Kim Hyun Jin, Boin Lee, Jean-Christophe Caurette… and his fans, for whom his disappearance will leave a great void. “

They added that at the request of Kim’s family, their exhibit would remain open through Saturday, October 8.

Born in 1975 in Goyang-Si, Kim showed an interest in art from an early age and enrolled in a fine arts school when he was 1, before attending Dong-Eui University in Busan for three years.

He served his two years of military service as part of the Special Forces Unit in the South Korean Army.

Kim collaborated with other comic artists, created art for political residencies and illustrated novels and album illustrations, and taught manhwa herself. He has released six sketchbooks.

In 2011, a video of him drawing live at the Bucheon Comic Festival went viral on YouTube.