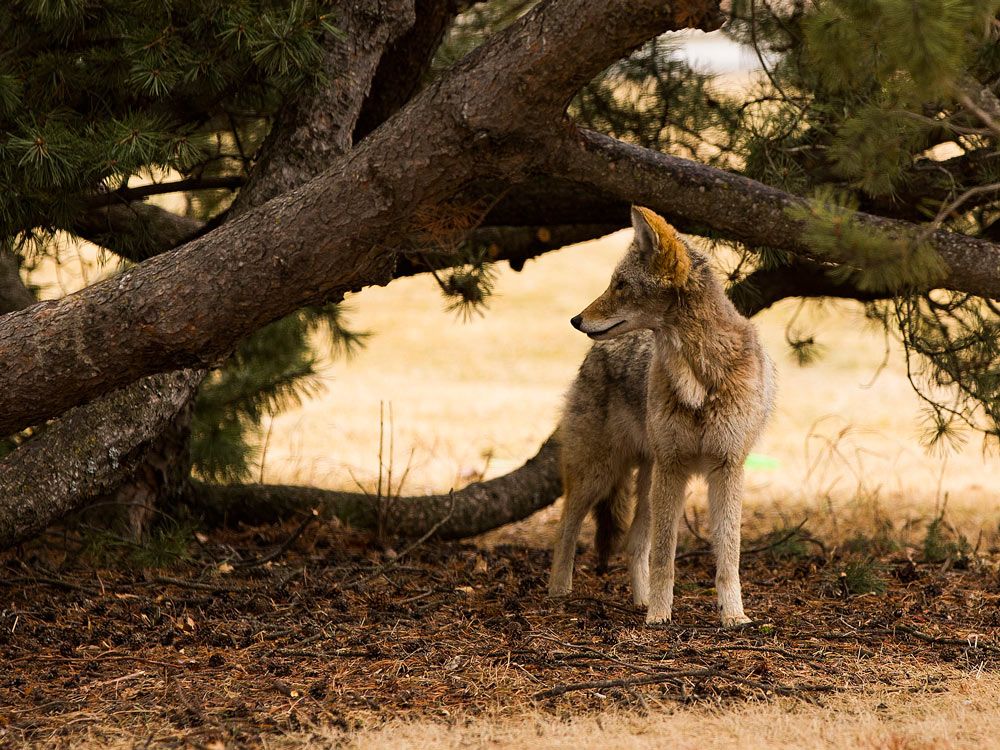 With the help of wildlife contractors, Edmonton’s ranger wildlife team has taken down three coyotes responsible for a “very unusual” attack on a civilian and their dog on May 31.

Troy Courtoreille, animal care operations coordinator and park rangers, told Postmedia on June 1 that the citizen and their dog were out walking in Thibault Park in the Terwillegar area around 10 a.m. when they encountered a single coyote.

After the citizen tried unsuccessfully to drive the coyote away, the pair began to leave when more coyotes showed up and attacked the person and their dog, Courtoreille said.

They were being treated for minor injuries, Courtoreille said. “With many adult coyotes in the area, we (it is) very likely that there were pups in the immediate area.”

The day after the attack, park rangers along with specialists from the University of Alberta were at the scene of the attack to assess any coyote activity in the area, city communications consultant Chrystal Coleman said.

The coyotes’ remains were sent to a forensics lab in Alberta Environment and Parks to check for evidence that could have contributed to the attack.

Park rangers will continue to monitor the area and work with U of A to control coyote behavior through hazing techniques.

Colleen Cassady St. Clair, a professor of biological sciences at the University of A, said the Urban Coyote Intervention Program, which runs from January to May, saw more than 80 volunteers in about 60 neighborhoods patrolling for coyotes.

When the volunteers encounter a coyote within 40 yards, they use hazing techniques such as yelling, shaking a can full of coins, or throwing a weighted tennis ball at them.

Cassady St. Clair says Terwillegar is one of the neighborhoods that participated in the program.

“We know a little bit about Terwillegar … it’s a site with increasing coyote reports. There were 10 reports in both 2019 and 2020, compared to half a dozen years before that,” she said.

By 2021, that number rose to 21 reports, and Cassady St. Clair said the city is on track for similar numbers this year.

“We’ve seen in Terwillegar’s reports of quite brutal coyotes and in particular reports of coyotes following humans with dogs,” she said, adding that behaviors are very rare.

If people are concerned about coyotes walking, carry a stick, umbrella, or something to throw.

“Throwing something at a coyote shortens that distance without you having to get too close and it makes the animal realize you can injure it from a distance,” Cassady St. Clair said.

She also recommends yelling to warn other people in the area and intimidate the animal.

Dogs must be kept on a short lead and not allowed to interact with coyotes.

— with files from Anna Junker and Kellen Taniguchi