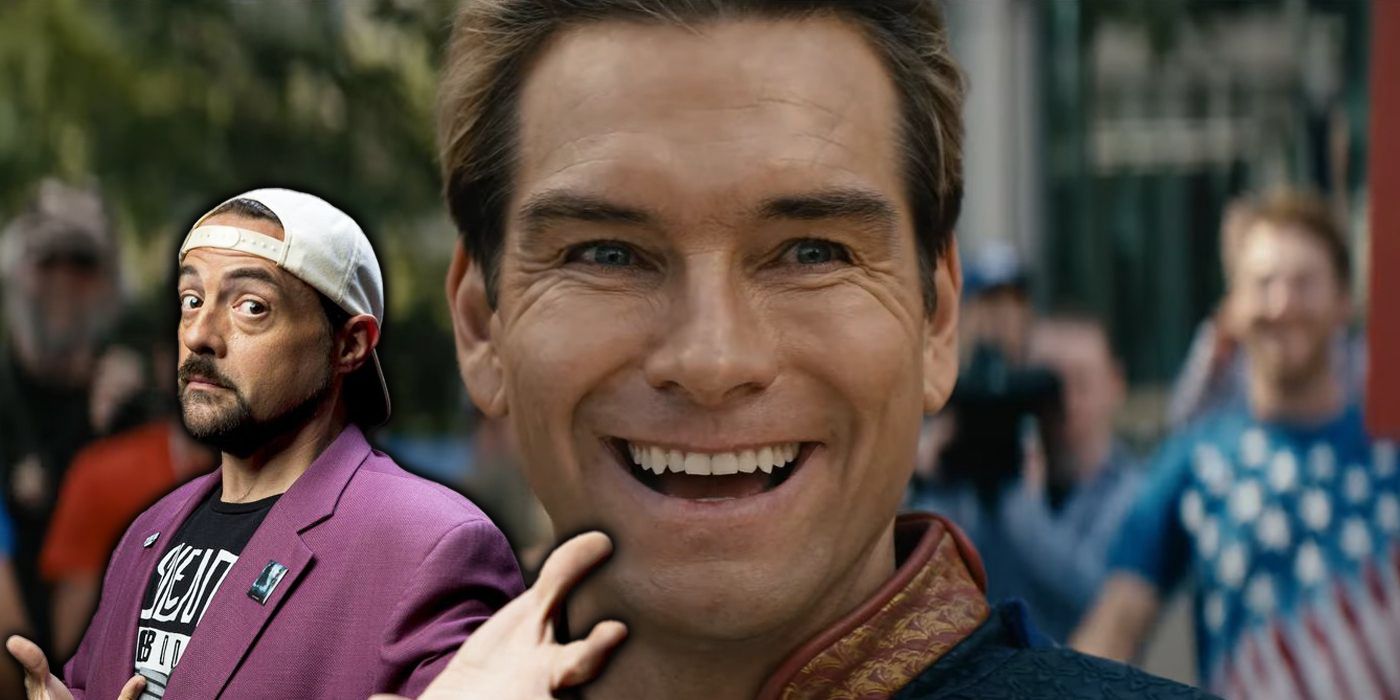 Kevin Smith is watching the boysand thinks Homelander actor Antony Starr deserves an Emmy for his performance as the psychopathic supe.

Speaking about the Prime Video series and the episode “Herogasm” on the FatMan Beyond podcast, Smith says (at 1:27:20), “Everyone’s like, ‘Herogasm!’ but it’s like “F–k that! This is the episode where Homelander and Soldier Boy go head to head.” And then f–king [Billy] Butcher jumps in, and it turns into a three-way f-king fight to a stop, essentially, where [Homelander] being chased away.” Then Smith sings his praises to Starr.

†[He] deserves at least an Emmy nomination,” says Smith, “if not, an f-king win. Like, an incredible achievement. Not just like, ‘Oh, you love to hate him like JR Ewing,’ but he’s damn scary.” Homelander is Vought International’s highest-grossing superhero, with powers nearly identical to DC Comics’ Superman. Fighting for “Truth, Justice and a Better Tomorrow,” Starr’s superhero commits violent acts — including rape and murder — and constantly threatens or kills those around him.

the boys Season 2 earned the series five Emmy nominations in 2021, including Best Drama Series, although none of the nominations were for acting categories. At the Hollywood Critics Association (HCA) TV Awards that year, actors Karl Urban, Aya Cash and Giancarlo Esposito were nominated in acting categories for their roles as Billy Butcher, Stormfront and Stan Edgar respectively, but Starr remained on that list. However, the actor won both “Best Actor in a Superhero Series” and “Best Villain in a Series” at the inaugural Critics’ Choice Super Awards.

RELATED: The Deep’s Outtakes Even Have The Guys Who Admit Chace Crawford Is Absolutely Fabulous

There’s a chance Starr could be nominated for an Emmy in 2022 for his work as Homelander, and if not in 2022, the show will return for a fourth season. Season 3 has taken the character to new levels of aggression and madness, showing his true personality to the public, killing other superheroes and worse. The series’ third season introduces a super to rival Homelander’s alpha status, Soldier Boy, played by supernatural alum Jensen Ackles.

At the time of writing, there is only one episode left for Season 3, titled “The Instant White-Hot Wild.” The previous episode ends with a great cliffhanger involving Homelander, though fans will have to tune in to the finale to see what comes of it.

The first seven episodes of the boys Season 3 and the first two seasons of the show are available to stream on Prime Video. The Season 3 finale will be released on July 8, 2022.