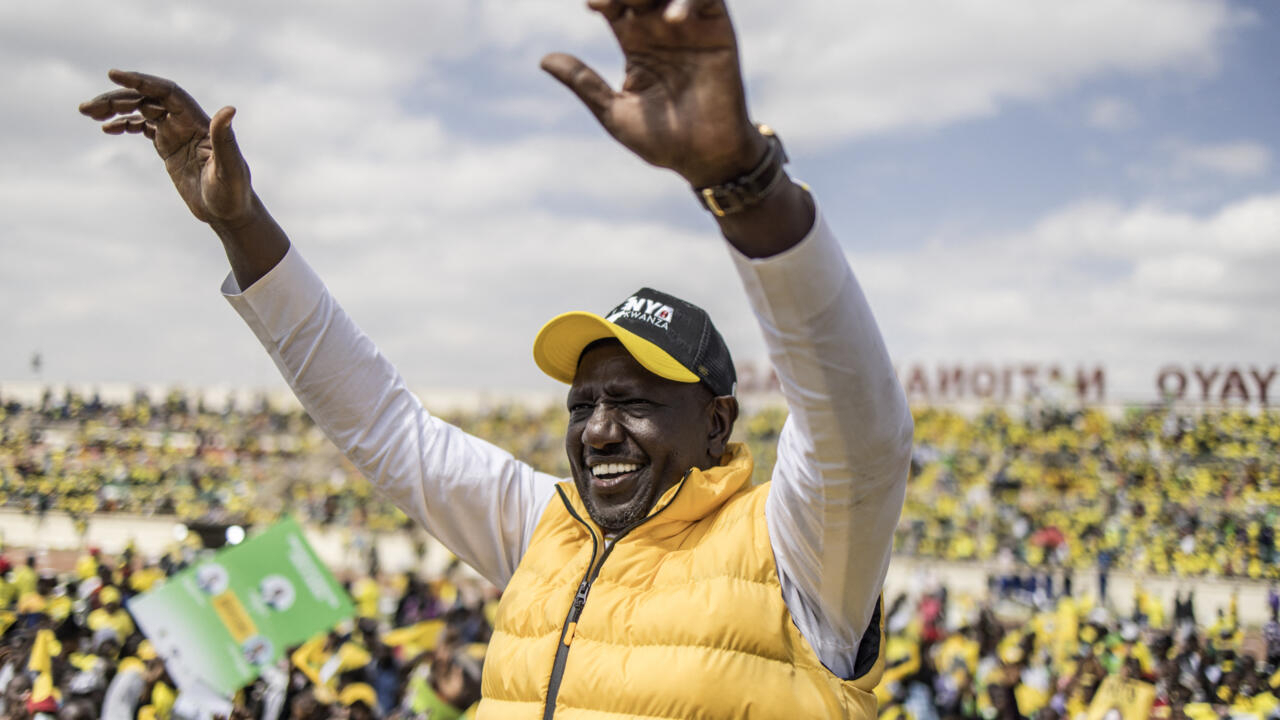 The head of the Kenyan electoral body on Monday declared Vice President William Ruto the winner of the country’s hard-fought presidential election, despite several commissioners rejecting the results.

“I stand before you despite harassment and intimidation. I have done my duty according to the laws of the land,” Chebukati said.

“In accordance with the law, I hereby declare that Ruto William Samoei has been duly elected as President.”

Shortly before his announcement, four of the seven IEBC commissioners said they could not recognize the results, sparking manipulative fears in the closely watched poll in the East African political and economic powerhouse.

Ruto is a 55-year-old rags-to-riches businessman who had characterized the vote as a struggle between ordinary “hustlers” and “dynasties” that had ruled Kenya since independence from Britain in 1963.

After the results were announced, he vowed to work with “all the leaders” in Kenya.

“There is no room for revenge,” said Ruto, adding: “I am well aware that our country is at a stage where we need all hands on deck.”

The result was a bitter blow to Odinga, the 77-year-old veteran opposition leader who took the weight of the ruling party behind him after signing a 2018 pact with outgoing President Uhuru Kenyatta in a stunning shift of allegiance.

The days of waiting for the results of the race had already put the East African nation on edge.

But in a shocking announcement, IEBC Vice President Juliana Cherera told reporters she and three of her colleagues could not “take ownership of the outcome to be announced”, calling the process “opaque”.

“However, we have an open door through which people can go to court and so we urge Kenyans to be peaceful because the rule of law will prevail,” she added.

As confusion reigned, clashes broke out at the IEBC’s heavily guarded national counting center in Nairobi, where some people were thrown with chairs shortly before Chebukati’s announcement.

While Tuesday’s poll has been largely peaceful in the regional political and economic powerhouse, memories of electoral fraud and deadly violence in 2007-08 and 2017 still reign supreme.

The IEBC came under intense pressure to conduct clean elections after facing sharp criticism over its handling of the 2017 election.

Kenyans have voted in six elections to elect a new president, as well as senators, governors, legislators, female representatives and some 1,500 provincial officials.

Kenyatta, the 60-year-old son of the first post-independence president, has served two terms and has been unable to be active.

The winner of the presidential race had to win 50 percent plus one vote and at least a quarter of the vote in 24 of Kenya’s 47 counties.

Observers say that with the race so close, an appeal to the Supreme Court over losing candidate Odinga is almost certain, meaning it could be many weeks before a new president takes office.

Election day turnout was lower than expected at about 65 percent of Kenya’s 22 million registered voters, compared to about 78 percent in the last election in 2017.

Observers blamed disenchantment with the political elite, especially among young people in a country facing a severe cost of living crisis and a debilitating drought that has left millions hungry.

In a historic first for Africa, the result of the 2017 election was annulled by the Supreme Court after Odinga challenged the result.

Dozens of people were killed in the chaos that followed the election, with police brutality being blamed on the deaths.

Kenyatta won the repeat in October after a boycott by Odinga.

The worst electoral violence in Kenya’s history came after a contentious vote in 2007 in which more than 1,100 people were killed in the bloodshed between rival tribes.