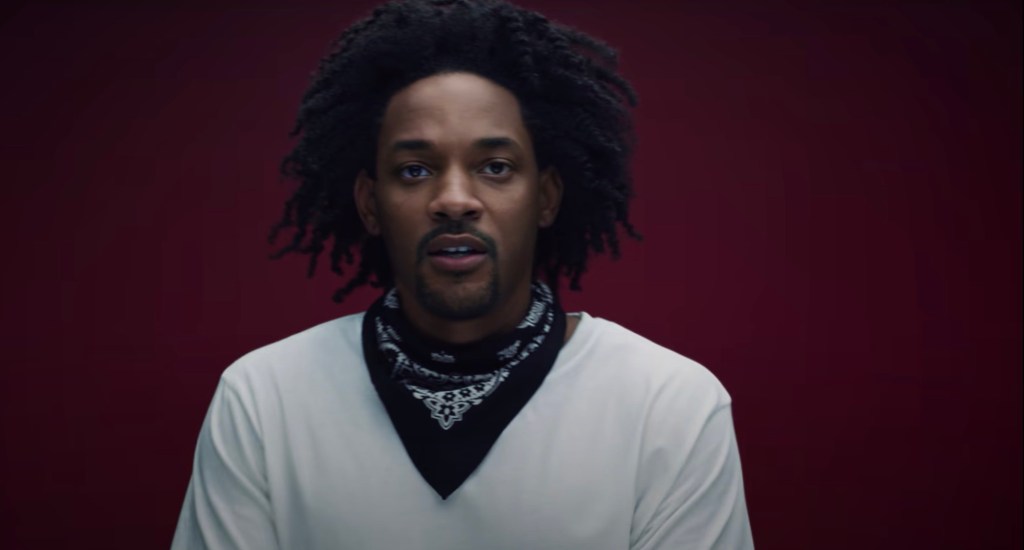 It took a village to shoot Kendrick Lamar’s mind blowing new video for his song “The Heart Part 5”, which at first glance is just him performing in front of a red background until you realize his face is deepfaking into OJ’s. Simpson, Jussie Smollett, Nipsey Hussle, Kobe Bryant and Kanye West (who ironically dropped a video herself the same day using deepfake technology).

While the video was directed and produced by Lamar and features longtime creative collaborator Dave Free and a host of creative collaborators (listed below), the deep fake is attributed to Deep Voodoo, a studio launched by “South Park” creators Trey Parker and Matt Stone specializes in the technology – and the video “The Heart Part 5” appears to be the first fruit of a collaboration between Lamar’s PGLang company and the Park County banner of the “South Park” founders to create a new feature film for Paramount Pictures. (Lamar, Parker, Stone and representatives for PG Lang and Deep Voodoo all declined) Variety‘s requests for an interview about the video.)

The Deep Voodoo studio — whose name was almost certainly chosen in part because of its sonic resemblance to the term “deep doodoo” — made its first big impression in late 2020 with “Sassy Justice,” a parody of a television investigative report on deep fakes done in collaboration with actor Peter Serafinowicz. It’s a 15-minute video — which Parker described as “probably the most expensive YouTube video ever made” — featuring a host in a white wig, a campy-voiced Fred Justice (with the face of Donald Trump), commercials from a horribly expensive dialysis center featuring a pitchman with the face of Mark Zuckerberg, fake interviews with then-President Trump (one while he suffered a stroke and later admitted to living a horrible life), Al Gore, Jared Kushner, Ivanka Trump and others who said things they would never say about deepfake people saying things they would never say – and some of it is done so effectively that it’s hard to tell if the Michael Caine cameo is really him (it’s not).

As Parker told the New York Times in October 2020, “[Deep fake] really this new form of animation is for people like us who like to build things on a shot-by-shot level and have control over every actor and voice. It’s a perfect medium for us.”

The film, a live-action comedy written by Vernon Chatman, will “imagine that past and present come to a head when a young black man, interning as a slave reenactor at a living history museum, discovers that his white girlfriends are ancestors once owned it,” the announcement said in January.

“The Heart Part 5” is the first track to be released from Lamar’s highly anticipated album, “Mr. Morale & The Big Steppers,” due Friday. He has won 13 Grammy Awards and a Pulitzer Prize for his work over the course of four albums, several mixtapes, and his last full-length project, which was for another major film, 2018’s Black Panther. Lamar produced the film’s soundtrack, which earned him an Oscar nomination for Best Original Song for his song “All the Stars.” with SZA and won two Grammys.

Lamar and Free launched PGLang in 2020, with the company described as a multilingual company with the goal of “communicating this generation’s creative language through mediums that illustrate the shared experiences that connect us all.”

Stone and Parker are best known as the five-time Emmy-winning creatives behind “South Park,” which will air its 25th season in 2022. The duo recently signed a new deal with MTV Entertainment Studios, which will see the series run through season 30. , featuring 14 original streaming movies for Paramount Plus and the development of new, yet-to-be-announced series also in the works. The pair are also behind the 1999 Oscar-nominated feature film “South Park: Bigger Longer and Uncut”. In 2004, they released the full-length film “Team America: World Police”. The duo also teamed up with Robert Lopez to create the nine-time Tony Award-winning Broadway musical “Book of Mormon.”

Thank you to our team at pgLang