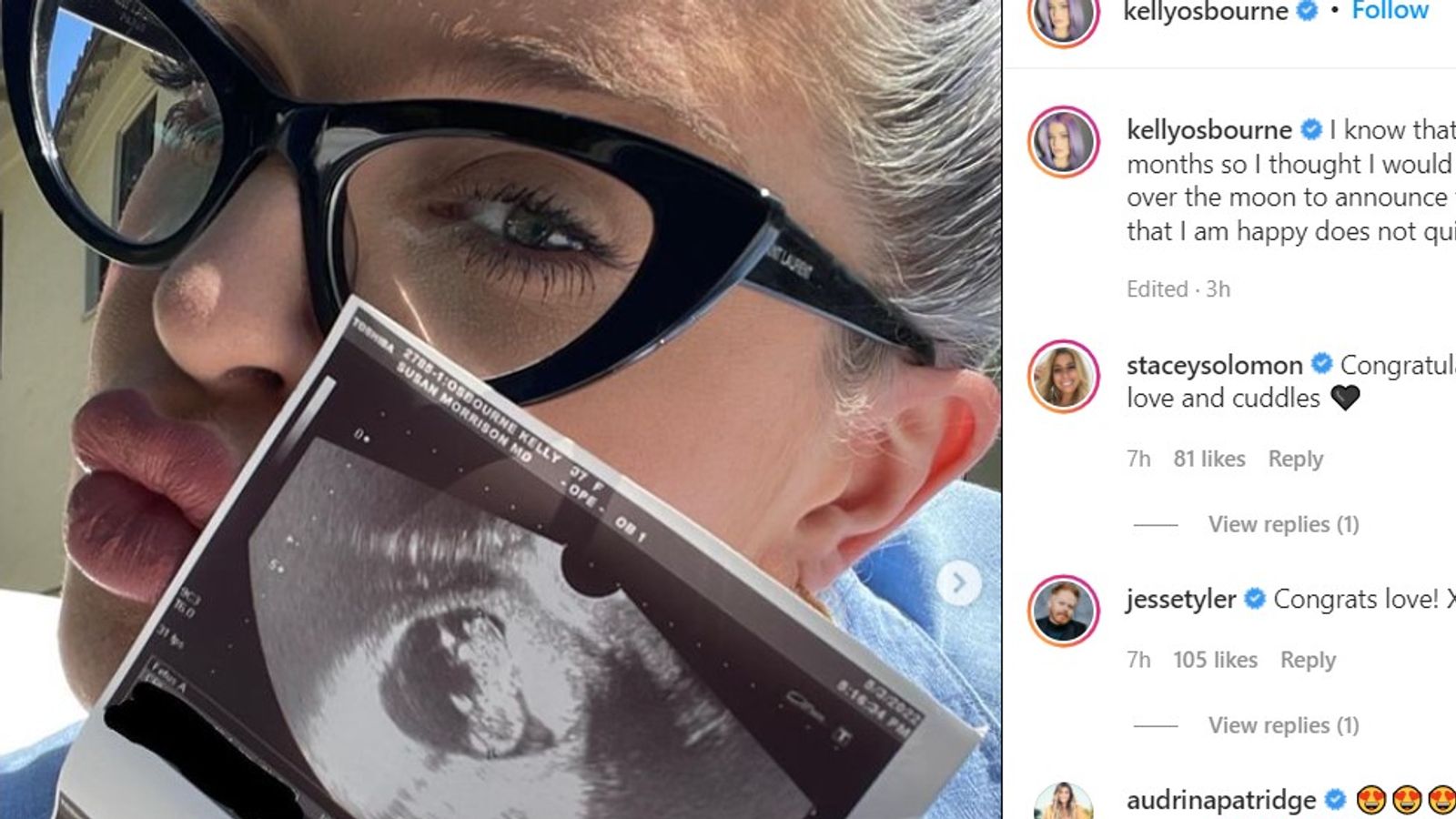 Kelly Osbourne has announced she is pregnant with her first child.

The daughter of Black Sabbath singer Ozzy Osbourne shared the news on her Instagram with an image of her having a baby scan.

In the caption, she acknowledged how much she’s looking forward to becoming a mom, saying she’s “over the moon” and “ecstatic.”

Her boyfriend, Slipknot star Sid Wilson, shared a similar photo to his account – the pair confirmed their relationship in a romantic post on Valentine’s Day.

It read: “After 23 years of friendship, I can’t believe where we have ended up! You are my best friend, my soul mate and I am so deeply in love with you Sidney George Wilson.”

Sharon Osbourne shared her joy at the news of her daughter’s pregnancy, writing on Instagram: “My [heart] couldn’t be fuller. I’m so excited to share the beautiful journey ahead with you @kellyosbourne.”

The news came after Sharon said she was suffering from… COVID-19shortly after husband Ozzy contracted the virus.

The Black Sabbath singer also suffers from a rare form of Parkinson’s disease called Parkin 2, which he has had since birth.