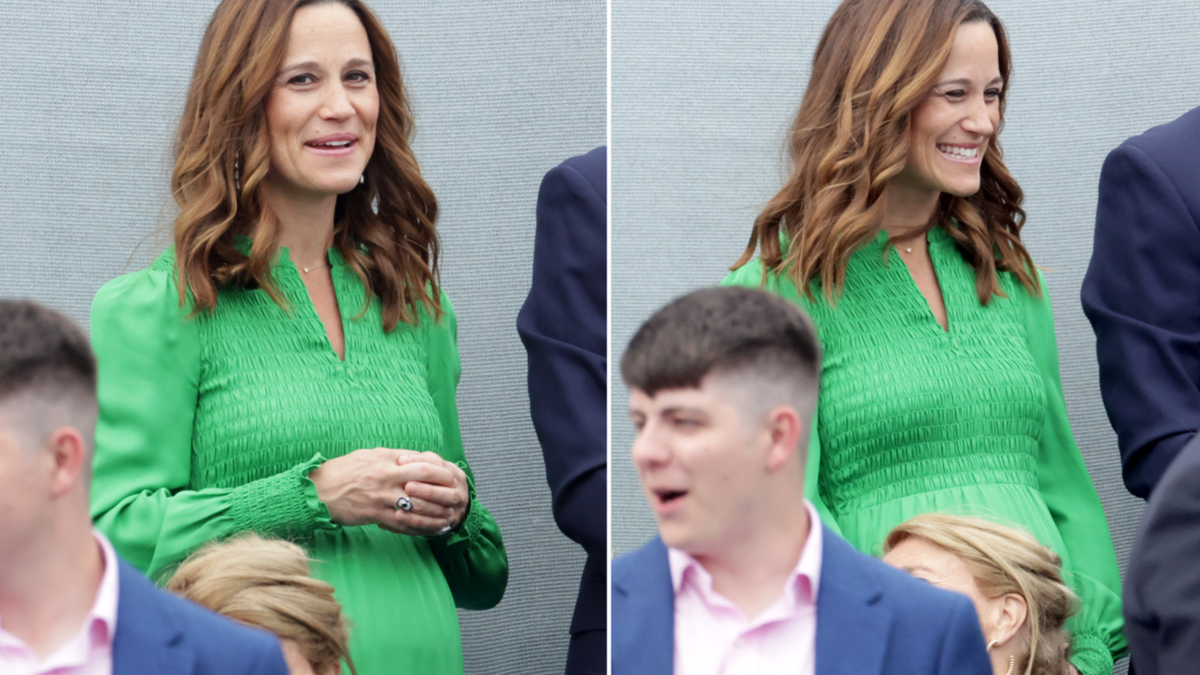 Pippa Middleton, the younger sister of Kate, the Duchess of Cambridge, has appeared at the Queen’s Platinum Party at the Palace with a visible baby bump.

The 38-year-old was among the star-studded attendees at Saturday’s London event, which featured Adam Lambert + Queen, Alicia Keys, Rod Stewart and Craig David.

Wearing a bright green dress, Pippa was photographed smiling and laughing at the event, which she attended with her parents Carole and Michael Middleton.

While no formal announcement has been made, Pippa wore a striking baby bump during the event.

A source told page six that Pippa and her hedge fund manager husband James Matthews are “so happy” that they have a third child together.

The couple already have two children — Arthur, three, and Grace, one — and the source describes Pippa as a “natural mama.”

Pippa rose to fame when she wore a form-fitting Alexander McQueen bridesmaid dress in 2011 to her sister’s wedding to Prince William, the Duke of Cambridge.

The British tabloids went wild and focused on her curvaceous derriere, comparing it to Kim Kardashian’s famous booty.

In later articles, Pippa wrote that the focus on her bottom had been more of a curse than a blessing.

“I have to say that (my backside) – although it has enjoyed fleeting fame – is not comparable (to Kim Kardashian’s),” she insisted in a column written in The spectator.

“As I’ve found, recognition has a flip side, a flip side and – you could say – a flip side,” she joked in another interview.

“I don’t think it was really meant to be a standout dress.

“Actually just to get on the train.

“I suppose it’s flattering, embarrassing, sure. It wasn’t planned.”

Aside from the Platinum Party concert, celebratory anniversary events over the weekend include a thanksgiving service at St Paul’s Cathedral, where Prince Harry and his wife Meghan attended a royal event for the first time since moving to the US.

The Queen was absent from some events held in her honor as the 96-year-old still has mobility issues.

However, she appeared in a short film opposite a computer-generated Paddington Bear to launch the concert.

Hilariously, Queen Elizabeth and Paddington Bear knocked on china teacups to announce the first song of the concert: We Will Rock You by Queen.

She also surprised royal onlookers by appearing on the balcony of Buckingham Palace at the end of the Platinum Jubilee Pageant.