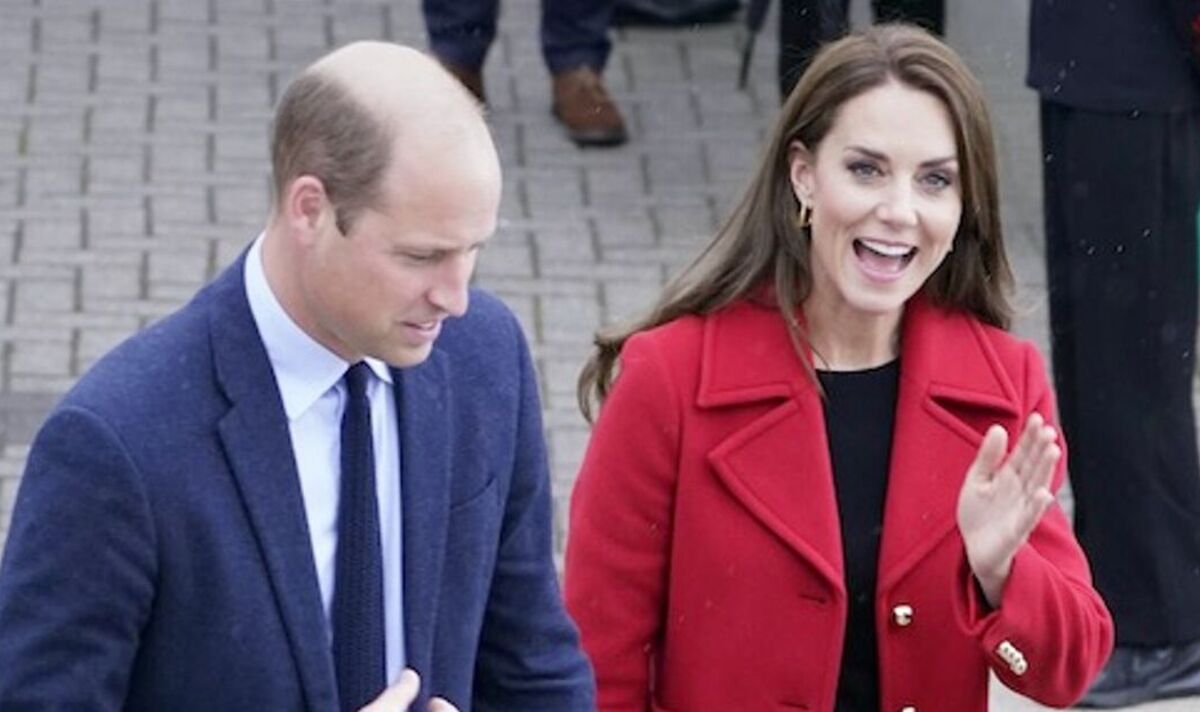 Kate and Prince William all smiled as they made their first official visit to Wales since King Charles III created his firstborn Prince of Wales. The vital journey began in Anglesey, the first home of the Prince and Princess of Wales as a married couple.

There they visited the RNLI Holyhead Lifeboat Station, where Kate and William met volunteers, crew members and some people supported by the local unit.

This visit to Holyhead, one of the three oldest rescue stations on the Welsh coast, certainly reminded the Prince and Princess of a very poignant assignment they carried out over a decade ago.

In February 2011, the couple headed to the RNLI station in Trearddur Bay for their first-ever joint engagement, two months before their wedding at Westminster Abbey.

Kate and William were already very familiar with the area, having shared a house in Anglesey since 2010.

“Catherine and I look forward to returning again and again with our family for years to come.

“I know I speak for Catherine when I say that I have never in my life known a place as beautiful and welcoming as Anglesey.”

In Wales, the newlyweds enjoyed a high degree of privacy, with Kate being spotted buying dog food from a local pet store and doing the weekly shopping in the only Waitrose on Anglesey.

Today’s performance at the RNLI unit was followed by a visit to the Holyhead Marine and Café Bar, where Kate and William had the opportunity to meet representatives of local associations and business owners.

Before her return to Anglesey, Kate wore a smart black jumper with matching trousers, adorned with black heels and a small handbag.

She added a pop of color to her outfit by wearing an unbuttoned red coat with large gold buttons.

Prince William, on the other hand, wore a blue suit and tie with a white buttoned-up shirt.

These splashes of color in the Welsh outfit come as the period of royal mourning ended at 8am today.

As a result, working members of the Firm are expected to resume their schedules, no longer have to wear black and can raise the flags on their homes to the full mast.

The Prince and Princess’ visit to Wales will continue later today as they will also be heading to Swansea.

There they visit St. Thomas Church, which provides important support to the local community.

This redeveloped church includes a food bank that serves more than 200 people a week, a baby bank that supports vulnerable mothers by providing essential items for their children, and a place open to homeless people to find food and showers. and toilets.

The new Prince and Princess of Wales are now focused on deepening the “trust and respect of the people of Wales” over time, it has been understood.

With this goal in mind, they return to the country for Christmas.

Kate and William were last in Wales in June, when they visited Cardiff Castle as part of the Queen’s platinum anniversary celebrations and took Prince George and Princess Charlotte with them.