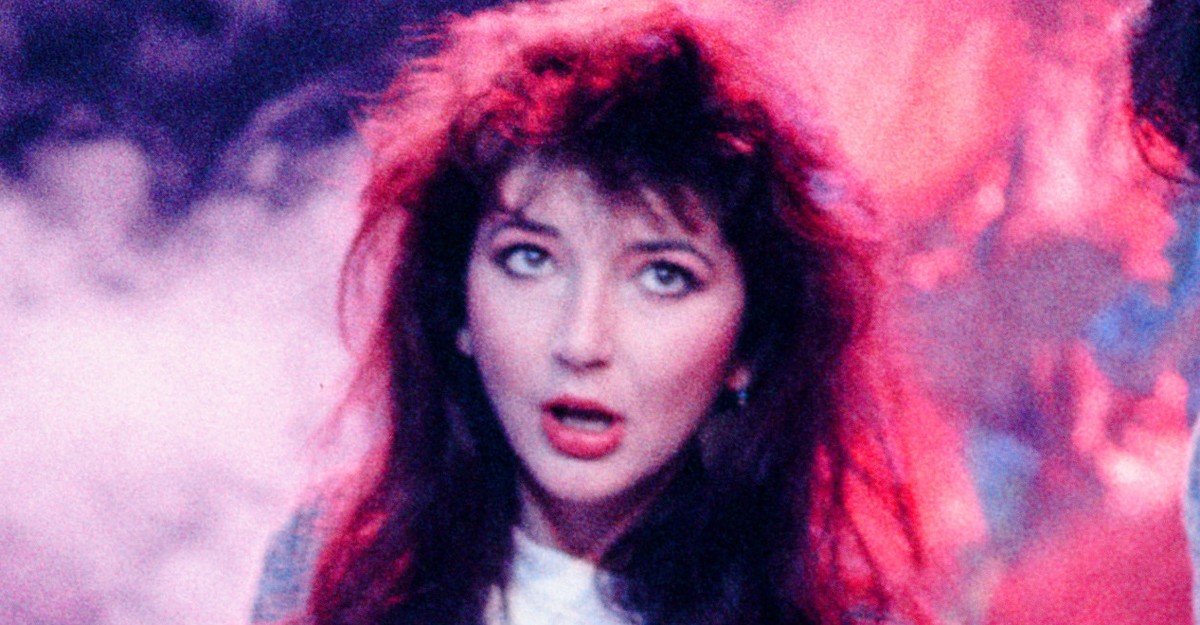 Much of the music that defined my adolescence in the early 2000s was written before I could walk. Listening to CD-Rs full of songs ripped off the internet, my friends and I wagged our tails to the 1988 Pixies rarity, Where Is My Mind? 2001 cover by Gary Jules and Michael Andrews), and listened to various versions of Leonard Cohen’s 1984 masterpiece ‘Hallelujah’. These songs had entered our teenage consciousness because they had been featured in stunning contemporary films: fight club† Donnie Darkoand of course, Shrek†

Read: Weird stuff does not save Netflix

Today, visual media remains a portal between young listeners and older artists. Thanks to its placement in the new season of the Netflix sci-fi series Weird stuffKate Bush’s 1985 hit “Running Up That Hill (A Deal With God)” has once again become a worldwide sensation. Pop radio stations leave Bush’s operatic thrillers between Harry Styles’ murmurs and Lizzo’s whistles. TikTok is full of kids pretending to float above the tsunami warning sound of Bush’s synthesizer. The recent number 4 peak of the song on the Billboard Hot 100. Marked Bush’s highest placing ever in the US. In the UK, it set a record for the slowest ever rise from its release date to No. 1 on the official singles charts: 37 years.

The comeback may seem to lead to a common complaint about modern popular culture: that innovation is dead and everything is being recycled. Look elsewhere in the charts and you’ll find new hits that revamp bygone aesthetics like ’90s house and 2000s Fergaliciousness. Read the news about the music business and you’ll find evidence that the number of listeners to old songs outnumbers listeners to new ones. Bush’s trail isn’t the only decades-old gem to take on a major shine in recent years. Nirvana’s “Something in the Way” Charted Because of the batter† Fleetwood Mac’s “Dreams” did this because a skateboarder was drinking cranberry juice. And everyone listens to vinyl! And look Elvis†

The funny thing is that history itself gives a test of reality to that declinistic story. Most of the time, Bush’s comeback demonstrates her enduring awe — and the changing way we share and quantify what we like. In a fascinating recent article, Billboard dissected the golden age of movies and TV, turning old songs into new hits. That golden age is not now. It was more than 30 years ago, writes Andrew Unterberger:

The period begins in 1987, when the use in two hit movie comedies (Ferris Bueller’s Day Off and Back to school) the previous year brought The Beatles’ “Twist and Shout” back to the Hot 100 for the first time in 23 years. Then, over the next half-decade, five more golden oldies – Ben E. King’s “Stand by Me” (Stay with me), Louis Armstrong’s “What a Wonderful World” (Good morning Vietnam), The Contours’ “Do You Love Me” (Dirty Dancing), The Righteous Brothers’ “Unchained Melody” (Spirit) and Queen’s “Bohemian Rhapsody” (Wayne’s world) — all in the top 40 thanks to a new movie placement. Two years later, another scraped the bottom of the Hot 100, when a slightly remixed version of The Knack’s “My Sharona” reached number 91, thanks to its use in Reality Bites†

According to BillboardThis wave from the late ’80s to early ’90s was due to “entrepreneurial DJs and program directors” at radio stations tuned to the interplay between watching movies and listening to music. It ended as radio formats evolved and laws changed to allow for corporate consolidation of stations, eroding the influence of big market DJs who pick songs at their own whim. It became less likely that soundtracks would send classic songs on the charts for a few decades. But, as my own CD-R memories indicate – and as anyone who first met Dick Dale through… Pulp Fiction could confirm – filmed entertainment continued to educate young listeners.

Read: The Biggest Reason Why “We Don’t Talk About Bruno” Is A Hit

Over the past decade, streaming has created an ecosystem where obsession and quirkiness can be measured and monetized like never before. It has also reaffirmed that one of the most powerful ways to love a song is to experience it through cool visuals. When Edward Norton and Helena Bonham Carter inspired me to “Where Is My Mind?” and play it in a loop, nobody counted that activity and added it to the Pixies’ Billboard numbers. When kids across the country watched charm and when Alexa demanded that their parents incessantly stream “We Don’t Talk About Bruno” earlier this year, the Disney animation gave its first Hot 100 No. 1 in decades.

How wonderful that Kate Bush is now taking advantage of this dynamic. In sound and in cultural footprint, the beloved 63-year-old artist has always been progressive, spectral and averse to clichés. The rousing beat and riveting melody of ‘Running Up That Hill’, not to mention the lyrical use of the word break up, are the only work by a songwriter-producer who has maintained creative independence in an industry that too often sidesteps and exploits women. Plus, the song fits modern radio because so much modern pop, including The Weeknd’s haunting synths and Billie Eilish’s conceptual musings, has descended from her.

Bush rarely speaks in public, but in a short interview with the BBC Woman’s Hour last week she sounded genuinely grateful and amazed at her resurgence. But how much of a miracle is it really that “Running Up That Hill” lasts? It is just one of the very best recordings of all time. Scan the list of songs whose cultural legacy has been cemented by a bit of visual media created long after their release, and you’ll see plenty of brilliant, unique anthems. They keep in rotation, not out of nostalgia, but because they should be doing it damn well. “Bohemian Rhapsody” via Wayne’s world“Hallelujah” via Shrek“Dreams” via TikTok, and now Kate Bush via Netflix – in funny ways, in strange times, we’re reassured that greatness remains great.