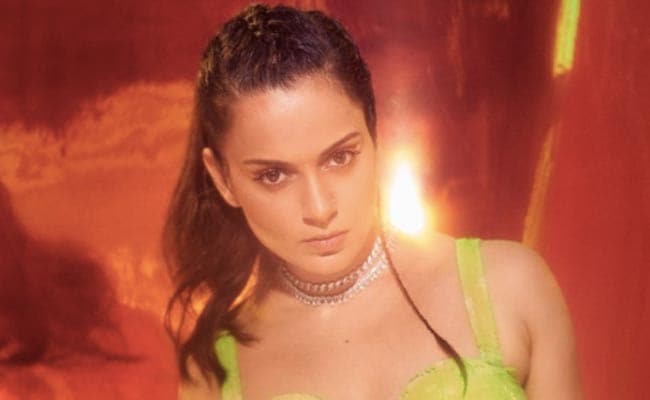 “This idiot of a man is not ashamed to bully a poor man,” she said, referring to the manipulated video.

Hindi film actor and Padma Shri award winner Kangana Ranaut, known for making headlines for her controversial remarks, made another embarrassing gaffe today by calling Qatar Airways CEO Akbar Al Baker an “idiot of a man” based on a parody video clip.

The clip, now going viral on social media, was created in response to a Twitter user “Vashudev” who had recorded asking Indians to boycott Qatar Airways after the massive diplomatic backlash India received for the derogatory comments of two BJP leaders towards the prophet Mohammed.

In the clip, Vashudev says Qatar had hosted painter MF Hussain, who claimed to have “painted nude images of Hindu goddesses”. The same Qatar is preaching to us about the comments of (former BJP spokesperson) Nupur Sharma, he says, urging viewers to boycott products from Qatar and Qatar Airways in response to the Indians who have been allegedly fired in Qatar because of the controversy.

Qatar Airways CEO is now giving an interview to Aljazeera on the call for #BycottQatarAirwaysQatar by Vashudev
Watch to the end! https://t.co/ezBC8wYcv6pic.twitter.com/8dkRZsCPHp

Another Twitter user then created a faked video in response by copying the Qatar Airways chief’s interview to Al Jazeera broadcaster. Laced with sarcastic jokes, the dubbed part makes it sound like Akbar Al Baker is personally calling on Vashudev to call off his boycott.

“Vashudev is our largest shareholder with a total investment of Rs 624.50. We no longer know how to operate. We grounded all flights. say.

Kangana Ranaut seems to have believed the parody video to be true and has reacted angrily to people who “encourage this bully”.

“All the so-called Indians who cheer on this bully for making fun of a poor man remember that this is exactly why you all have a big bojh (burden) on this overpopulated country,” she said in one of her Instagram stories. 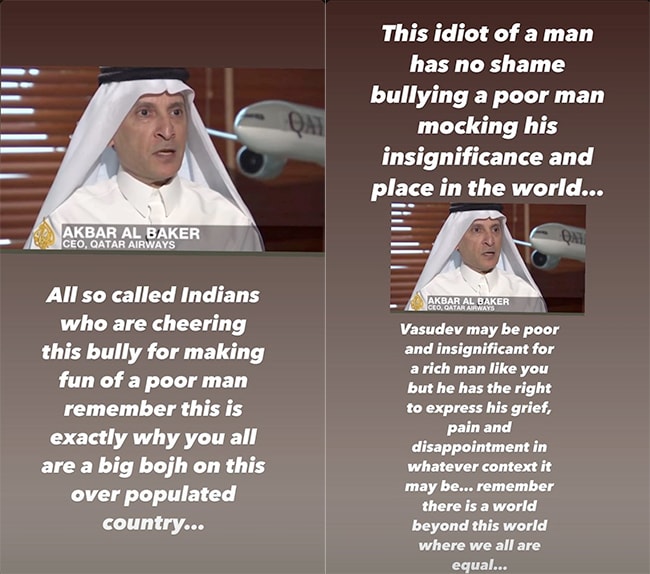 “This idiot of a man is not ashamed to bully a poor man, mock his insignificance and place in the world…

“Vasudev may be poor and insignificant to a rich man like you, but he has a right to express his sorrow, pain and disappointment in any context… remember that there is a world beyond this world where we are all equal . .,” she continued in the next story.