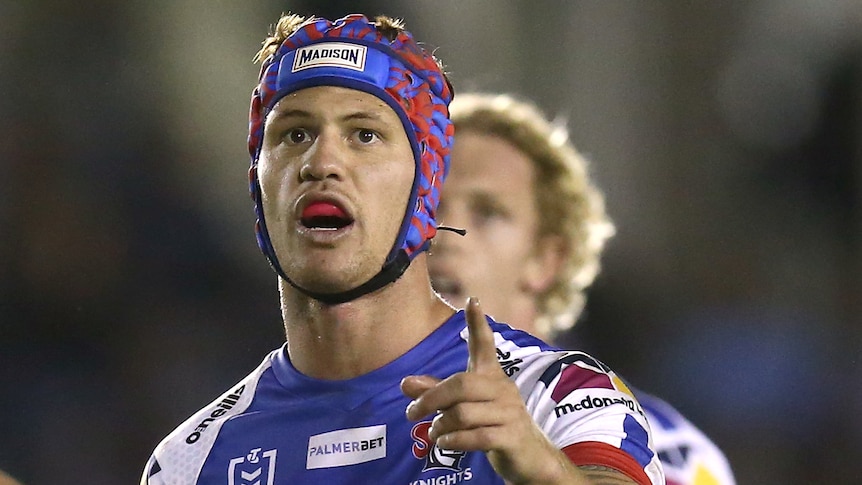 After weeks of speculation, Kalyn Ponga has signed a five-year, multi-million dollar deal to stay with the Newcastle Knights.

At a media conference this afternoon, Ponga told the packed crowd that he would be Knight until the end of the 2027 NRL season.

“I’m happy – this is home for us as a family and I’m excited to just get on my knees and get to work.”

Just days ago, it was reported that the Knights had pulled the deal off the table.

The 24-year-old said the media attention hadn’t been a distraction.

“My focus was on winning and also on the position we are now on the ladder,” he said.

“It’s hard to think of anything but winning.”

He admitted that joining the Dolphins was an option.

“For me, as we’ve always done, you put all options on the table so you know what’s in front of you,” he said.

Ponga was signed to the Knights until the end of the 2024 season, but a clause in the contract gave him until June 30 to activate the final two years.

The new deal goes into effect next season and replaces all existing options and clauses from the current contract.

“It will be good to have all Rugby Union and other questions out the window after the games,” said Ponga.

Newcastle coach Adam O’Brien said the long-term signing was great for the game.

“He brings a lot of people to this game. There are a lot of young kids running through backyards pretending to be KP,” he said.