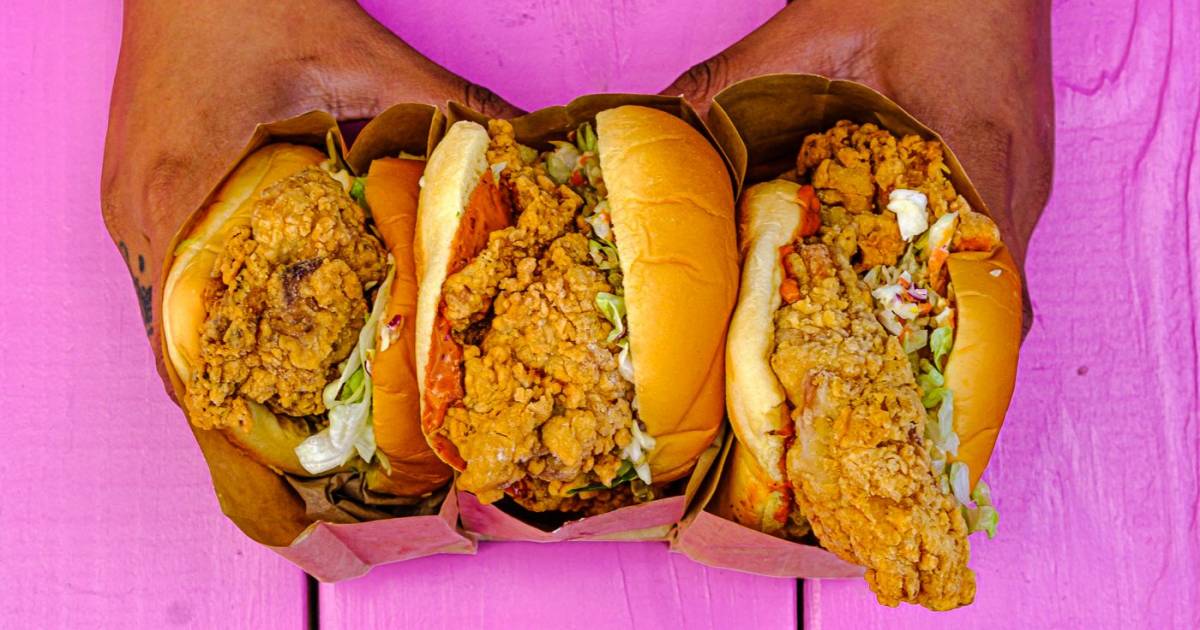 The excitement of Canada Day will hardly have had a chance to die down before we’re hit by another holiday.

Next Wednesday (July 6) is National Fried Chicken Day. It’s not a real holiday, and it seems to be especially “honoured” in the US, where it started at an unspecified time, but it’s just as much an excuse to have some fried poultry.

To celebrate the occasion (and its own sixth anniversary), Chinatown’s Juke Fried Chicken (182 Keefer Street) is running a special promotion for the day: It will be selling its classic fried-chicken sandwich for half price, $4.50.

“National Fried Chicken Day is and will always be a special annual event for Juke as it is intertwined with our anniversary,” said Juke co-owner Justin Tisdall. “Six years ago we opened a chicken rib joint largely with the aim of bringing people together. Since day one, we have felt so much love and support from the Chinatown community.”

The value chicken thigh sandwiches — served on a potato bun with house-made coleslaw and creamy barbecue sauce — will be available July 6 from 11 a.m. to 4 p.m. and customers are limited to 10 sandwiches.

Also, the corn on the cob is back as a side, tossed with Thai pesto mayo and topped with Brown Butter Chili Crunch.

And even though Monday (July 4) is National Barbecued Spare Ribs Day and juke seems to have overlooked this important holiday, that doesn’t mean you should ignore their signature sticky pork ribs.