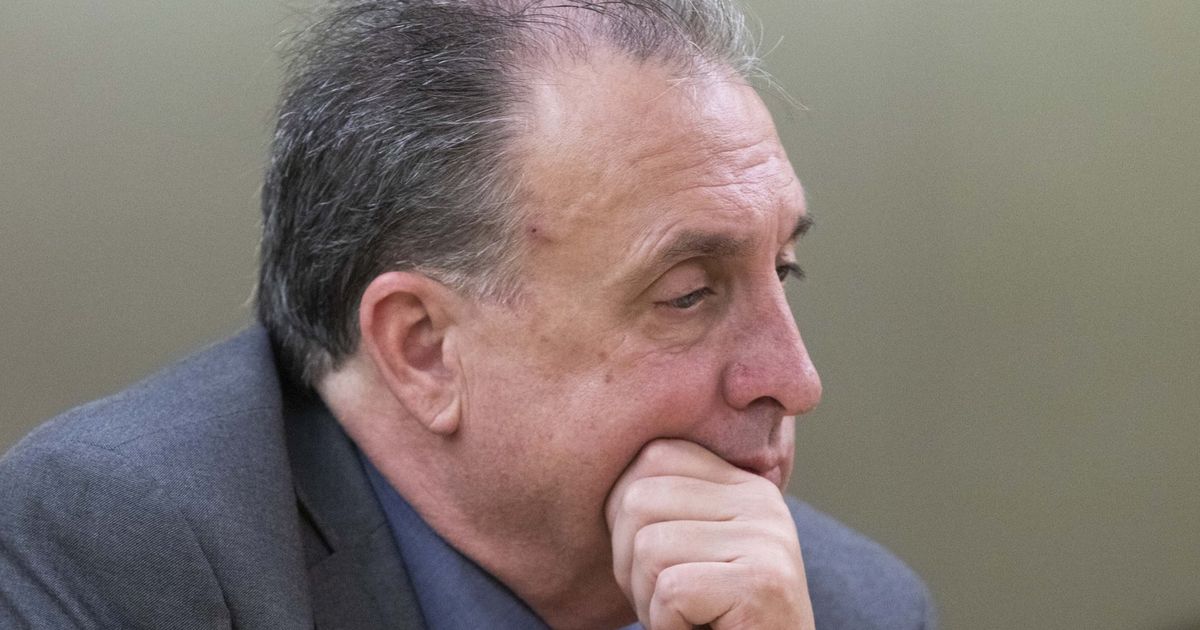 In a damning court ruling, Jahns pointed to testimony that Troyer had intentionally violated his parole terms by repeatedly contacting the paper’s Sedrick Altheimer, tearing up Troyer’s testimony about the incidents as “not credible” and “false or misleading.”

Jahns found that Troyer “posed a substantial danger to the community, especially Mr. Altheimer” and said there was a good chance that Troyer “would try to intimidate witnesses and otherwise try to interfere with justice”.

Jahns pointed to Troyer’s status as the highest-ranking law enforcement officer in Pierce County, compared to Altheimer, a black man in his twenties who would have every reason to fear for his safety because of Troyer’s actions.

“Mr. Altheimer is not a powerful man,” said Jahns. Troyer is one of the most powerful men in Pierce County.”

Troyer is charged with a criminal offense for false reporting and making a false or misleading statement to an official during his January 27, 2021 meeting with Altheimer, who was delivering papers on his regular route.

Troyer, in his personal SUV, had followed Altheimer before the two got into a 2:00 am stalemate. Troyer called 911 and claimed that Altheimer threatened to kill him, resulting in a massive police response from multiple agencies. But after questioning by the Tacoma police, Troyer withdrew his allegations of threats, according to an incident report made public months later.

Prosecutors at the attorney general’s office last month filed a motion asking for Troyer to be released on bail after a judge issued an anti-harassment warrant against the sheriff over allegations that he had followed Altheimer several times in recent months.

“Defendant’s actions are a clear and willful violation of the court’s order that he have NO CONTACT with Sedrick Altheimer,” Assistant Attorneys General Melanie Tratnik and Barbara Serrano wrote in the motion.

In issuing the harassment warrant, Pierce County District Court judge Christine Chin quoted Altheimer’s testimony that Troyer had followed him in his unmarked white Tahoe, circling and flashing his lights as he delivered newspapers in Tacoma. Chin’s order required Troyer to stay at least 300 yards away from Altheimer.

Troyer denied that those incidents had occurred and said he had only encountered Altheimer once in recent months, in April while visiting his elderly father, to whom Altheimer delivered a newspaper late at night. He acknowledged that he had spoken to Altheimer, but claimed that he did not recognize him when he spoke.

In his ruling on Friday, Jahns, a visiting Kitsap County judge, said he did not find Troyer’s statements about that meeting at all credible, noting that Troyer was in his vehicle outside his father’s house.

“It is not reasonable to believe that Mr. Troyer would not recognize Mr. Altheimer by face,” he said, saying Troyer’s testimony “makes absolutely no sense.”

In a statement last month, Sheeran said the sheriff had no interest in being near Altheimer, calling the attorney general’s bail request “a publicity stunt intended to tarnish the good reputation of a man who has served 37 years worked to protect the public.” †

Altheimer has filed a civil rights lawsuit against Pierce County, seeking at least $5 million in damages.

This is a news item that will be updated.