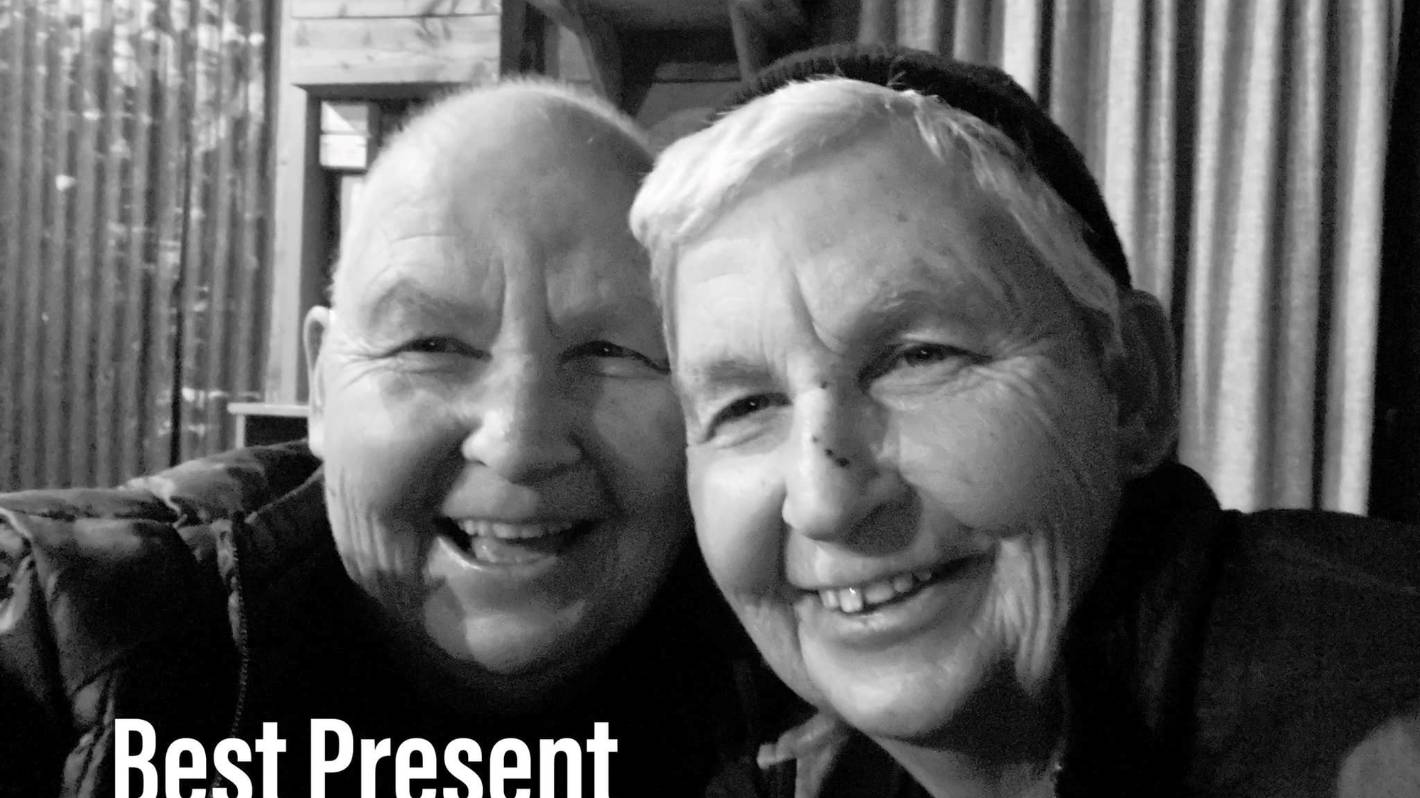 They may not crave each other as much as they used to, but Kiwi comedy icons Jools and Lynda Topp, who live on opposite sides of the motu, are still counting the days until they can be together.

The duo reunited to celebrate their 64th birthday on May 14 after being “4 months and 13 days” apart, according to a social media post the duo shared Saturday morning – their birthday.

The post featured a black and white selfie, with the words, “Best gift, together again” written over the image.

“It’s been 4 months and 13 days since we’ve seen each other. So nice to be together for our anniversary,” the caption read.

It is not clear where the photo was taken. Lynda is based in Canterbury and Jools lives north of Auckland.

The picture is especially poignant as the sisters are both being treated for breast cancer, while Jools is receiving palliative care.

Jools was first diagnosed with breast cancer in 2006 at the age of 48. She underwent surgery to remove her left breast and received months of chemotherapy. In 2021, she began to feel unwell again. Lynda then found out she had grade 3 invasive breast cancer, 1 News reported in April.

The sisters have been philosophical about their illnesses, with Lynda telling the TVNZ show on Sunday in March that they would “perform until the lights go out”.

Fans of the duo, who have performed a unique kind of musical and comedy skits as The Topp Twins since 1981, reacted to the news with a torrent of love and tautoko.

A Givealittle page started in March by Mary Massara, longtime girlfriend of the Huntley-born duo, raised more than $38,000 in three days.

“Wow, we both feel so loved. Thank you all for your messages,” the twins wrote to their fans on Facebook at the time.

On the Givealittle page, Massara said the fund will “support Lynda and Jools on their cancer journey” and help with “non-government-funded treatments” such as acupuncture and vitamins, transportation and general living costs – “so they can focus on their treatment without financial stress”.

On Saturday, the New Zealand Comedy Trust announced the Topp Prize, a $15,000 cash prize, which goes to a “wildcard” of the Aotearoa comedy scene each year, a tribute to the irreverent spirit of the Topp Twins.

“The Topp Twins have always been pioneers and their comedy has broken boundaries,” said Lauren Whitney, Managing Director of the NZ Comedy Trust.

“This has come at a personal cost at times, so it’s great that this Topp award recognizes the courage and craftsmanship of several comedians who are expanding the comedy genre.”

The first prize will be awarded in September.