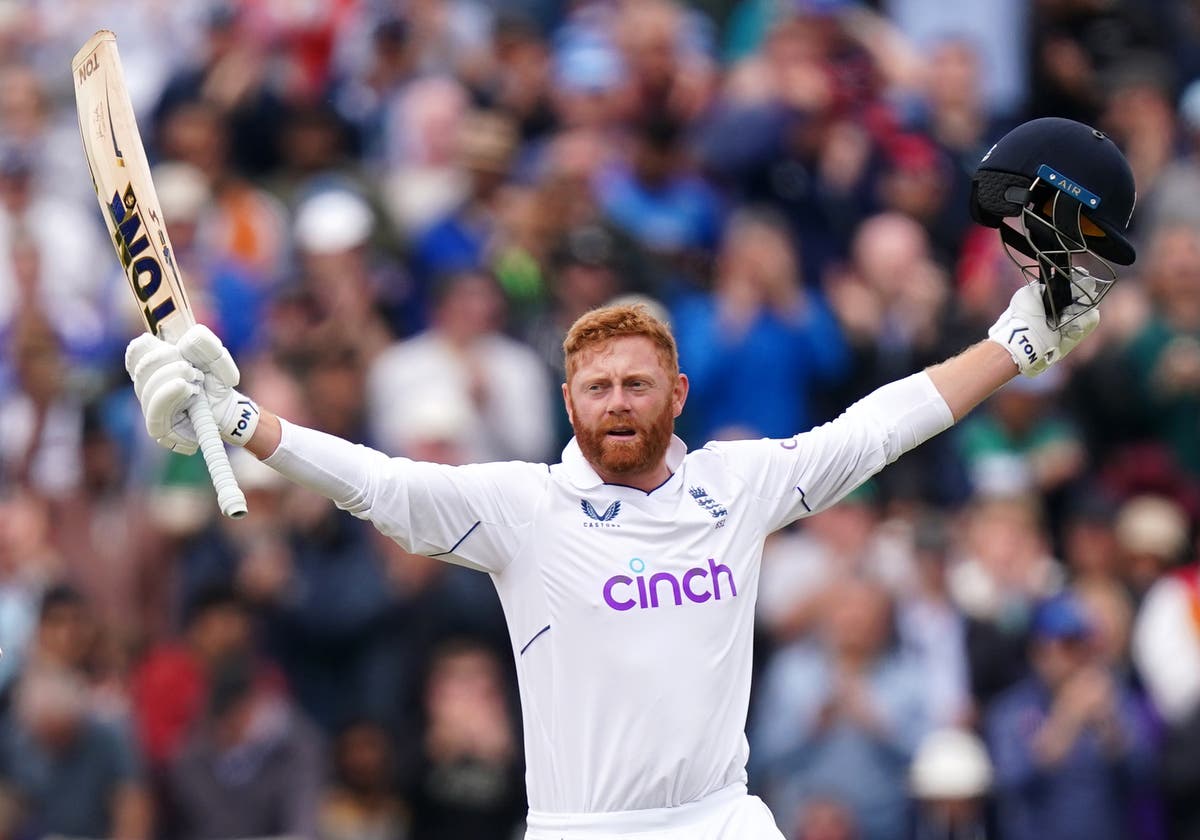 Another outstanding century from Jonny Bairstow, his third in as many Tests and fifth this year, was not enough to prevent India from taking a significant lead on day three of the series decider against England.

After scoring nice hundreds in Sydney and Antigua, Bairstow has stepped it up a notch this summer, following a string of tons against New Zealand and another here in Edgbaston.

He made 106 in quintessentially dashing style, hitting 14 limits and two sixes, while adding another great shot to his career best shot.

But with Sam Billings the second-highest scorer at 36, England were sacked with 132 behind for 284. James Anderson cleared Shubman Gill in the first over of the answer, but by the tea India had moved up to 37 for one.

England trailed exactly 200 more at the start of the game and resumed at 84 for five, while Bairstow and Ben Stokes were eager to launch a counterattack. That was virtually impossible in the opening stages, with Jasprit Bumrah starting well and Mohammed Shami producing a brilliant but unfortunate spell from the Pavilion End.

He hit Bairstow on both sides while doing a luscious seaming move and even saw a ball squeezing back and over the stumps. Bairstow barely lasted until a verbal exchange with the combative Virat Kohli inspired him to blow things up.

Buoyed by the perceived provocation, he threw himself into a few meaty rides and then took to the air, taking two disdainful blows to the ground. Stokes wanted to join but couldn’t match his partner’s timing.

At 18, he skied a leading edge high to Shami high, giving Shardul Thakur plenty of time to settle in and no excuse for the awkwardness that followed. Bairstow rubbed salt into the sailor’s wounds by hitting the next two balls for four, one slammed over the square leg and the next shot straight and straight.

But Stokes’ time ran out, and he was dropped again at 25. He punched Thakur straight at Bumrah halfway through, but the skipper juggled it on the ground in apparent slow motion. Stokes ignored the warning and went for the same shot again, only for Bumrah to make up for it with a brilliant catch that plunged to his left.

Stokes responded by throwing his head back and laughing, but with his side 149 for six, India’s smile was even wider. However, Bairstow makes a habit of turning around awkward situations, and he continued to battle Billings for support.

Mohammed Siraj and Thakur did not have the means to keep him quiet, with Bairstow relentlessly from his path and punishing all that was short. The border count continued to climb as he shot to the square leg, threaded to the third man, and hammered pull twice for six.

He was on course for three figures before lunch, but came up nine runs short when the rain robbed him for fifteen minutes. The extended break didn’t change his focus one bit, with Thakur’s first ball of the delayed afternoon session stroking effortlessly next to mid-on for another four.

A missfield on the ropes led him into his 11th Test century and he kicked off a well-known feast, sprinting down the square and pointing his bat at all four corners. Shami’s return was necessary to end his fun, with Bairstow trying to hit the cover of the first ball of a new spell and slipping on the brink.

That left Billings in charge of the tail and he glimpsed his reach as he scooped Siraj over his shoulder for four. But Siraj collected the last three wickets, including Billings via a drag-on and Matthew Potts to a disputed catch.

India’s 132 lead was solid, but it seemed a little thinner when Anderson removed Gill with the third ball of the innings – a teasing outswinger who grabbed the edge and passed to Zak Crawley.

Hanuma Vihari was in at three and had a few tricky moments, an inch or so ahead of Crawley, but he and Cheteshwar Pujara saw the session through successfully.