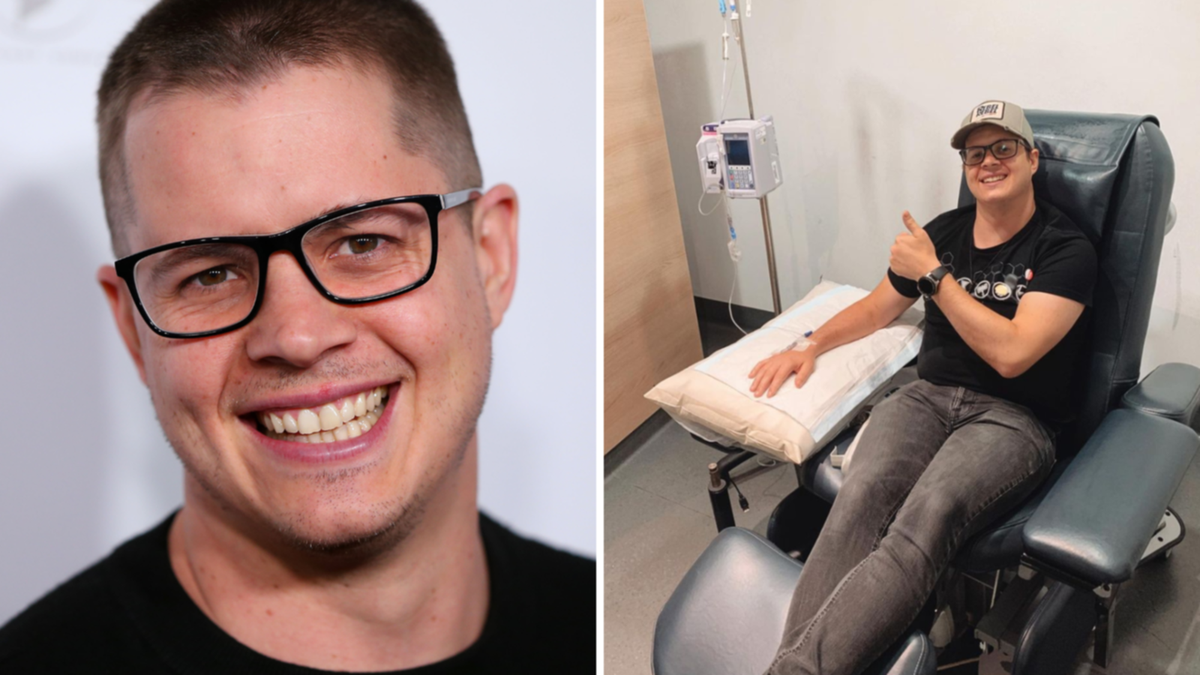 A recent photo of Johnny Ruffo with girlfriend Tahnee Sims gives his fans hope that he is well on the way to recovery.

The former Home and away star is battling his second bout of brain cancer, having first been diagnosed with the disease in 2017.

WATCH THE VIDEO ABOVE: Johnny Ruffo on his way to recovery

But Johnny and Tahnee have made sure to keep fans up to date on the entertainer’s treatment, along with sweet insights into their everyday lives.

And right now it seems to be all about romance.

A series of photos recently posted to Tahnee’s Instagram account features an adorable photo of the couple hugging, amid other shots of a Nobu dessert menu, a view from an airplane window and a bouquet of beautiful pink roses.

“Very cute couple in love, nice to see Johnny Ruffo looking so good and radiant, what a great match you two are!” wrote one fan.

Johnny celebrated his birthday on March 8 and posted a photo to his own Instagram account of him holding a plate of delicious-looking dessert.

The entertainer’s most recent photo shows him holding a box of ready meals and grinning broadly.

While the couple often posts about the romance, they also post about the realities of cancer treatment.

“Another round of radiation on the cards,” he captioned the photo.

Johnny recently made an emotional return to the set of Dancing with the starswhich he won 10 years ago.

He made a special one-off appearance in this year’s Grand Finale.

Ruffo joined the morning show the next day, explaining to hosts Kylie Gillies and Larry Emdur that he felt apprehensive about the appearance.

“I was quite nervous because it had been so long since I had done ballroom dancing. it had been 10 years since I had won, so it was a little daunting going back into the ballroom and putting on the old ballroom shoes, but eventually I got there,” he said.

“I hung up the shoes and then no more dance.” was great.”