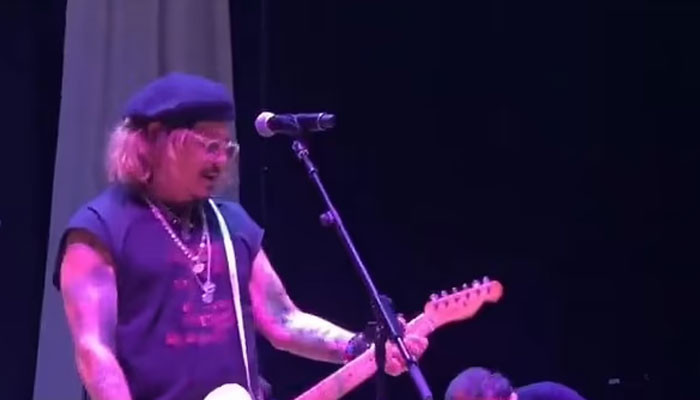 Hollywood actor Johnny Depp has once again won the hearts of his millions of fans a month after winning a defamation lawsuit against his former wife Amber Heard.

The pirates of the caribbean actor took to Instagram and shared a BTS video where he can see the new tattoo on his arm.

He later posted his beautiful photo to surprise his more than 26 million fans on the Facebook app with the caption “a little bit of silence in Stockholm… between shows JD X.”

Fans reacted quickly to the photo, and more than two million people poured love on Depp shortly after he shared the photo.

British model Naomi Campbell was the first to comment on the photo.

She dropped tons of heart emoticons in the comment section.

Depp shared his latest new-look photo a month after winning a libel lawsuit against his ex-wife Amber Heard.