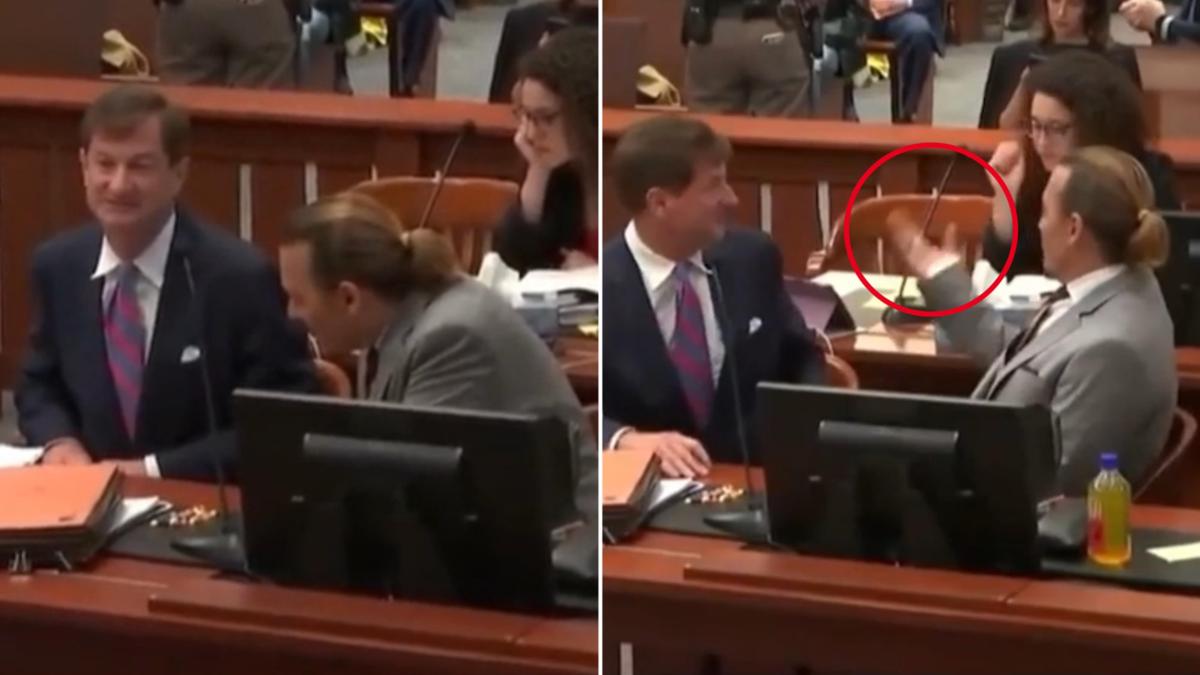 New unseen footage of the libel lawsuit against Johnny Depp and Amber Heard has sparked a heated debate on social media.

Courtroom cameras captured eight seconds of footage in which Depp appears to be communicating with Heard’s attorney Elaine Bredehoft from his desk.

CourtTV reporter Chanley Painter shared the footage on a news segment, suggesting that Depp’s hand movements and body language said, ‘Come on! Do you want to fight?’ to his ex-wife’s lawyer.

“So I’m in court as you’ve probably seen and it’s a very long sidebar, just before Camille starts her cross-examination, we’re all sitting there doing it,” Painter told me. CourtTV anchor Vinnie Politan.

“I notice Johnny Depp turning his body and looking in this direction past Ben Chew. And I wonder who he’s looking at, and I see Elaine.

‘This is him turning his body and seeing him leaning forward, looking at Elaine Bredehoft, who is sitting at the council table.

“And he starts gesturing like ‘Come on! Do you want to fight? Come on over.’

“And then Ben puts his arm on him, like ‘Calm down’. And he kind of laughs it off and turns around.”

The images were shared on Reddit by a Heard supporter, who claimed that Depp had been “threatening” in the images.

The post sparked an intense response from Depp supporters, who dismissed claims that the actor had been harassing or serious in the footage.

“Oh FFS, JD laughed and chuckled with BOTH counsellors,” one wrote.

Another said: “A lot of freedom has been taken with the addition ‘Do you want to fight?’ bit with the voice over.”

A third wrote: “He probably invited her to the winning team. This is clearly an attempt to make Johnny look bad.”

Another added: “Looks like he’s chatting with his lawyer because he’s bored.”

Others suggested it was “desperate” for anyone to suggest this was the meaning behind Depp’s hand movements.

“Be careful, you pull so hard on something that stretches,” said one.

Who has more to lose in the Johnny Depp case? Body language expert, psychologist and psychiatrist speaking