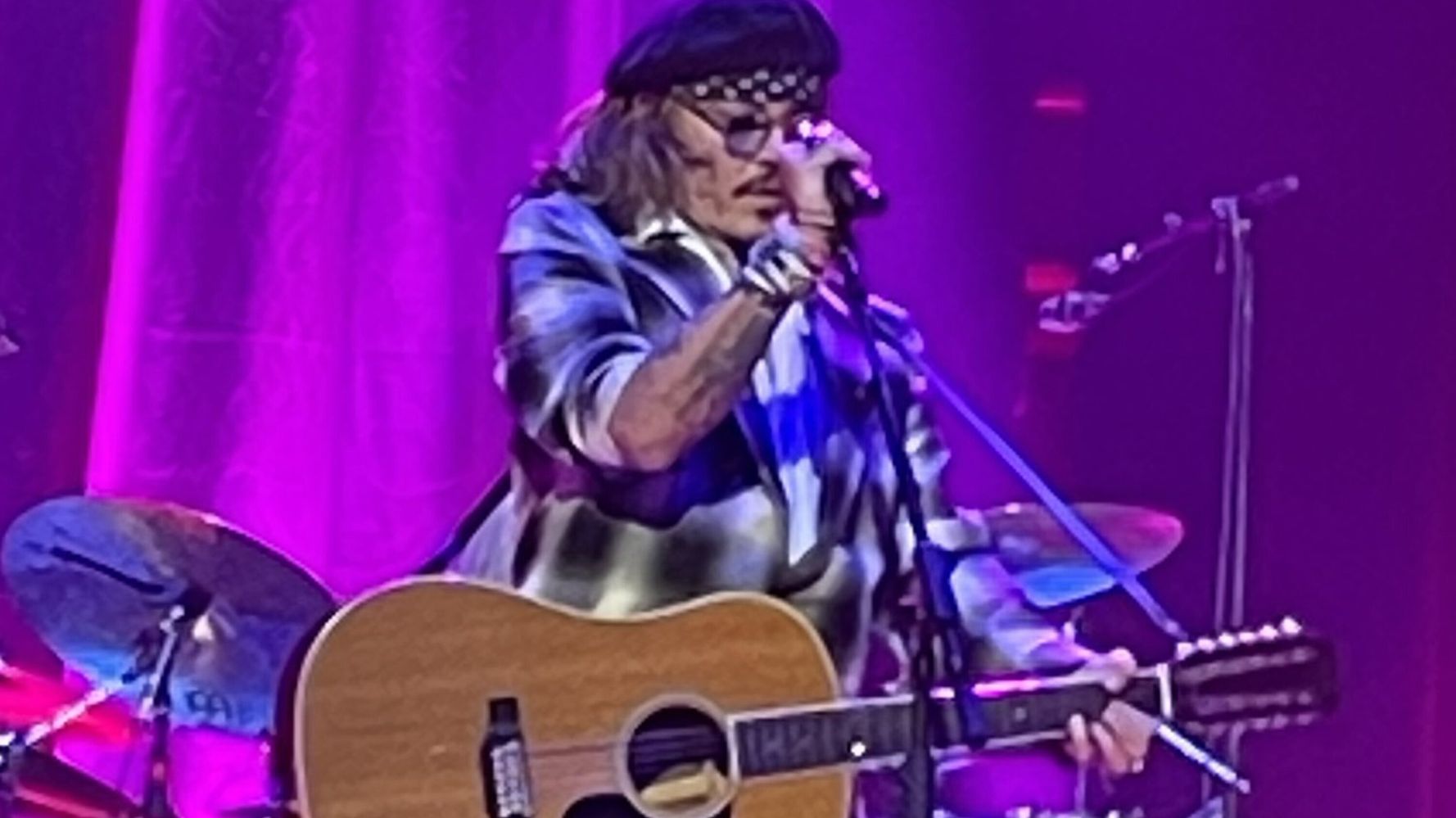 Johnny Depp stunned concert-goers in Sheffield on Sunday night by appearing on stage alongside Jeff Beck.

The actor sang his cover of the John Lennon song Isolation, which he released with Beck earlier in 2020.

Photos and videos shared on social media from the concert showed the duo reuniting on the stage of Sheffield Town Hall.

“I didn’t expect this,” one participant wrote on Instagram with a photo of the evening. “I thought he was in court, but turns out he’s in Sheffield with Jeff Beck.”

🎥 Sheffield Town Hall “Well what a surprise we got then last night” #johnnydepp got onstage with Jeff Beck. We couldn’t believe it and I don’t think our audience could either. I wish Jeff Beck the best of luck for the rest of his amazing tour and thank you Johnny for coming! † pic.twitter.com/M8BZkhEVPS

Depp’s surprise visit to the UK comes amid his multimillion-dollar defamation lawsuit with his ex-wife Amber Heard.

The Pirates Of The Caribbean actor is suing his former partner over a 2018 article she wrote in the Washington Post titled, “I spoke out against sexual assault – and faced the wrath of our culture. That has to change.”

The article doesn’t mention her ex by name, but his lawyers say it falsely implies that he physically and sexually abused the Aquaman actress while they were together.

On Friday, both sides made their closing statements, urging jurors to consider other victims of domestic violence.

The jury is now considering the outcome of the case that began on April 11 and included six weeks of evidence.

Depp is seeking $50 million (£39.5 million) in damages in the lawsuit and says the charges have caused him to lose several high-profile film roles, including parts in the Fantastic Beasts and Pirates Of The Caribbean franchises.

Heard is suing Depp over comments previously made by his attorney Adam Waldman, who reportedly called her abuse claims a “hoax.”

During the trial at Fairfax County District Court in Virginia, legions of fans gathered outside in an attempt to enter the courtroom and observe the proceedings.