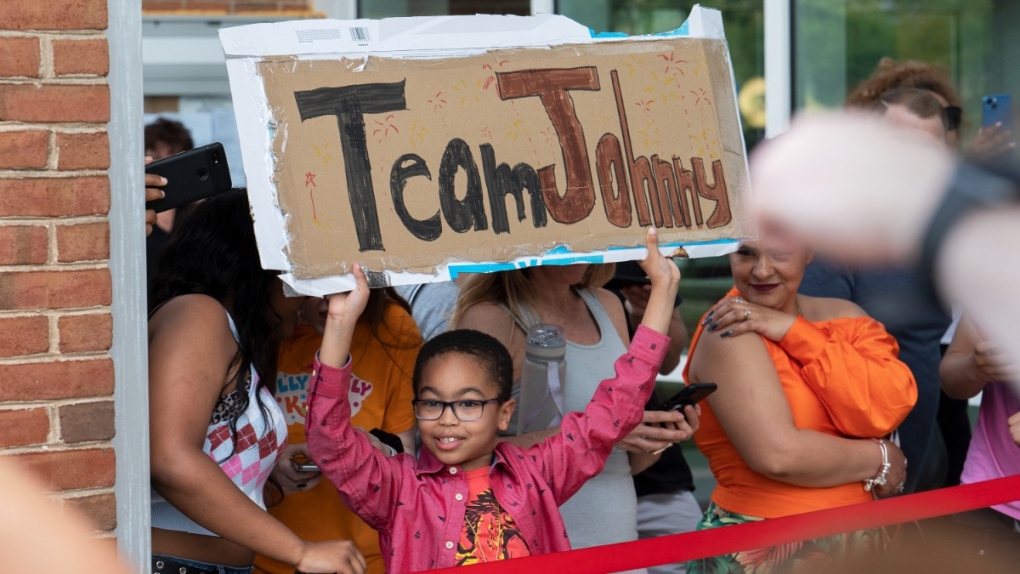 Johnny Depp thanks his fans for staying by his side during the recent libel lawsuit with his ex-wife Amber Heard.

The actor joined TikTok with a note to his devoted followers, writing that he is ready to “move forward” now that the process is complete.

“To all my dearest, loyal and unwavering supporters. We’ve been everywhere together, we’ve seen it all. We’ve walked the same path together. We’ve done the right thing together, all because you cared,” he wrote.

He continued: “And now we will all move forward together. You are, as always, my employers and again, I am in no way able to say thank you other than just by saying thank you. So, thank you. My love and respect, JD”

Last week, Depp won a legal victory after a jury found him and Heard liable for defamation.

Depp had sued Heard for $50 million over a 2018 op-ed she wrote for The Washington Post, in which she described herself as a “public figure who represents domestic violence.” Although Depp was not mentioned in the article, he claimed it cost him lucrative acting roles. Heard sued her ex-husband for $100 million over statements by Depp’s attorney about her abuse claims.

During the trial, Depp supporters were vocal on social media, including TikTok, and on the scene in Virginia, where many waited outside for a glimpse of the actor during the proceedings.

Heard said in a statement she was “heartbroken” at the verdict.

On Tuesday, following news of Depp’s new TikTok account, a spokesperson for Heard said: “While Johnny Depp says he is ‘moving forward’, women’s rights are declining. The verdict’s message to victims of domestic violence is…be afraid. to stand up and speak out.”

David Shane, a spokesperson for Heard, has said she plans to appeal the verdict.

Meanwhile, Depp’s attorney Camille Vasquez, a breakout star at the trial, has been promoted to partner at Brown Rudnick, the company said in a statement.

“Camille’s performance during the Johnny Depp trial proved to the world that she was ready to take this next step now. We are incredibly proud of her and look forward to what she will achieve as our newest partner,” the law firm said.

Vasquez said in a statement she is “elated” about the partnership.