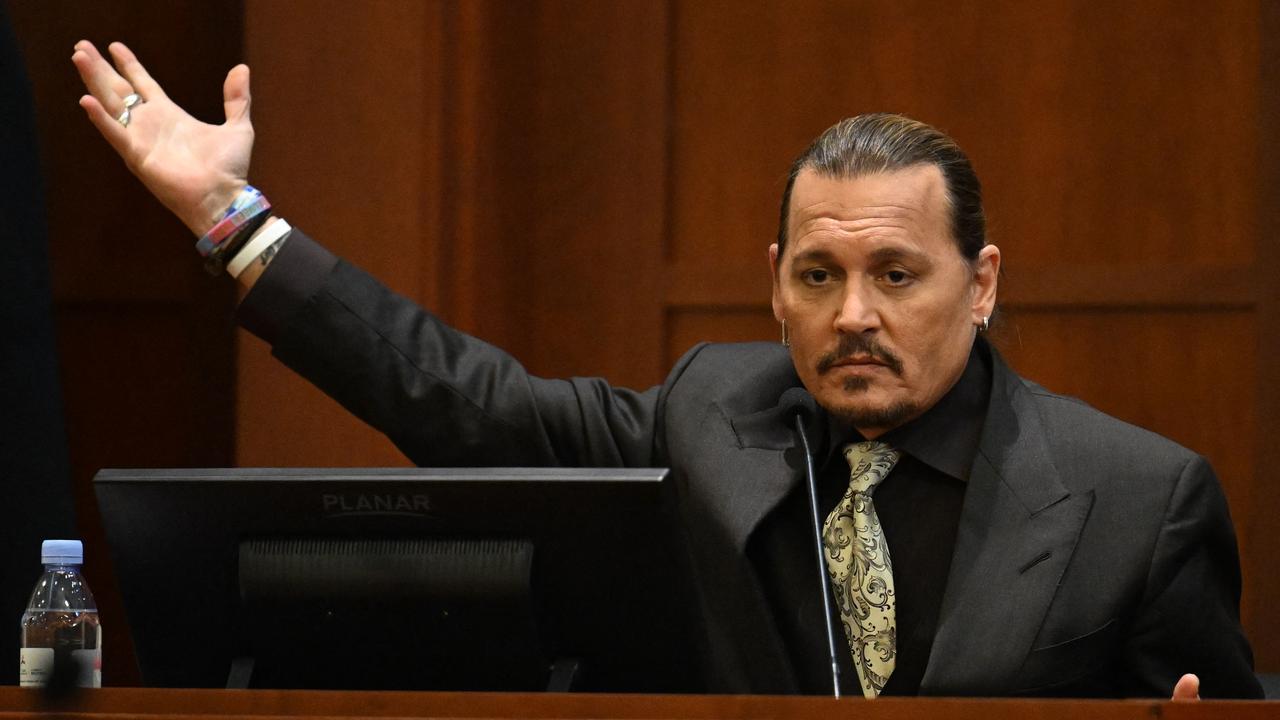 When Johnny Depp took the stand in his defamation lawsuit against Amber Heard, he gave what could be one of his worst performances.

Go ahead and give him an Oscar already.

After all, Johnny Depp’s best performance is probably his last.

Depp’s hour-long testimony, in a soft, often faltering voice, sounded like a strident defense against intimate partner violence on Tuesday.

Instead, Depp brilliantly portrayed himself as a confused, sad, gentle soul who somehow ended up in global fame and ungodly wealth.

As if the 0.00000001% of the people who get worldwide recognition and fortunes over 600 million dollars end up there by accident.

At one point, Depp even stood up on the witness stand to act out his mother’s suicide attempt.

Could you imagine? Selling a parent’s lowest moment for public sympathy?

This isn’t just Johnny Depp’s reduction. We look at the death of the movie star.

What Covid has accelerated — the shift to streaming platforms, all movies except Marvel movies playing on multiplexes, the waning influence of the industrial celebrity complex — Depp and his colleagues are actively destroying.

Will Smith destroyed decades of public goodwill with The Slap.

Alec Baldwin and his total lack of remorse.

Julia Roberts! Once the epitome of an established Hollywood A-lister, she’s now making the rounds with her new show on Starz – not HBO, not Showtime or Netflix or Hulu – Starz.

Stars getting smaller and smaller

You could argue that this is the inevitable result of our confessional culture — just about anything is forgivable if, in reality TV parlance, you own it — and technology, which has collapsed our biggest stars into Instagram thumbnails, avatars that we open and delete at will.

I was thinking about this a few days ago after learning that the late Paul Newman’s autobiography is due out this fall.

The chances of his memoirs containing a hint of scandal are slim to none – his grown children are in control of the release.

But the book is automatically interesting precisely because it is a relic, a reminder of a time when illusion mattered.

We can probably count on one hand how many real movie stars are left: Brad Pitt. Leonardo DiCaprio. Sandra Bullock. But their status relies as much on myth-making — none are active on social media — as professional prestige.

And, unlike Depp, Pitt was smart enough to litigate his divorce behind closed doors.

In pursuit of this Pyrrhic victory, Depp sat on the witness stand, sacrificing all of his childhood trauma: emotional and physical abuse by his parents; taking his mother’s “nerve pills” at age 11; his mother’s impoverished background, having grown up in the shacks of Kentucky; and a jump to his addiction to the opiate Roxicodone, using cocaine with Heard’s sister, Whitney, the “pure horror of detoxing.”

He also testified about the details of his affair with Heard — details their former partners probably didn’t know until now.

For nearly four hours, Depp droned on. Really, who can blame him? God knows when he will have such a captive audience next time. He is totally unemployed.

He quoted himself in an interview he gave to TV Guide in 1989!

This is ostensibly a defamation lawsuit, but we’ve heard Depp give testimony like, “‘Fear and Loathing in Las Vegas,’ which I was lucky enough to make a movie out of with Terry Gilliam…”

The narcissism was mind-numbing. But the performance – wow.

With his eyebrows raised, shy smiles directed at his ex-wife, his apologies for the correct gender terminology, a thoughtful “bless you” to a sneeze in court — it was easy to forget this was a spoiled actor who blew up his Disney drug abuse franchise, squandering his $650 million fortune, asking his private nurse for drugs he described as “some f-king knockout yum” and for “some morphine to see if my tongue and penis touching each other”, who described Heard in lyrics like “this waste of a cm slurper” and a “dangling, overused flappy fish market” that he would like to set on fire and then “f-k her corpse”…et cetera.

And like the best actors on newsreels, Depp treated every question from his attorney—questions he certainly heard over and over during the hours of courtroom preparation—as if he were hearing them for the very first time. His answers sounded totally off-the-cuff. Sometimes the questions seemed to surprise him.

He does vulnerability well. In fact, Depp was so charming that I found myself wanting to believe him – even if I knew, really, this was just another dark star act, imploding.

This article originally appeared in the NY Post and is reproduced here with permission.