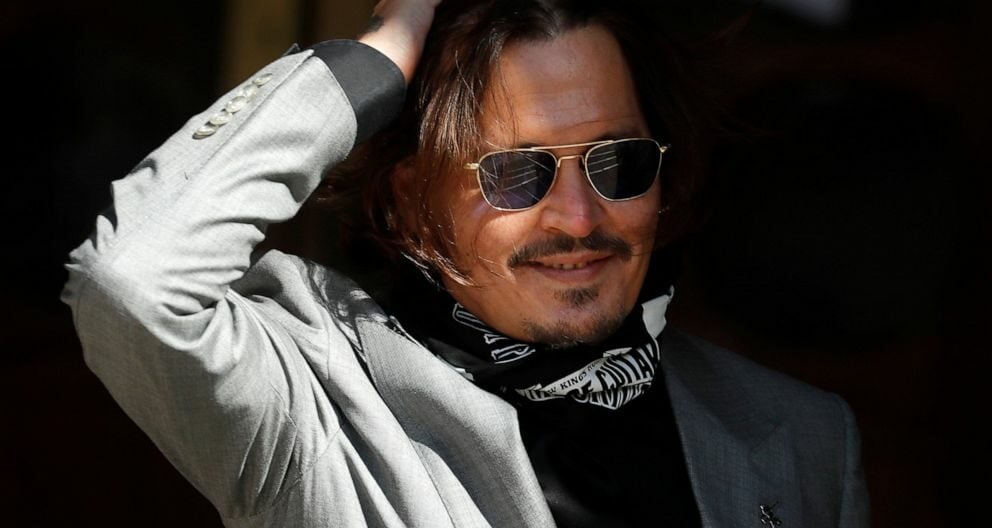 Just when things looked positive for Johnny Depp – who was recently featured in a primetime Dior Sauvage commercial spot following a huge win in his much-discussed lawsuit against Amber Heard – his upward trajectory could be in for a bit of a hiccup.

About a week and a half ago, on June 1, 2022, a verdict was handed down in the defamation lawsuit between Johnny Depp and Amber Heard, and Depp’s many supporters couldn’t be happier with the outcome – the seven-member jury spoke and Depp won.

The high-profile $50 million civil lawsuit in Fairfax, Virginia saw a number of explosive allegations, from leaked text messages in which Depp and a close friend referred to Heard’s “decaying corpse” to psychological evaluations that reportedly revealed Heard’s multiple mental disorders. . Public opinion is divided, with some believing Heard’s allegations of domestic violence and others fully supporting Depp’s continued – and vehement – denial of the claims against him.

Now, sadly, Depp is about to return to court amid claims he assaulted a crew member on a movie set in 2017. news week reports:

Gregg “Rocky” Brooks – who worked as a location manager on Depp’s film City of Lies, about the murder of rapper The Notorious BIG – accused the actor of punching him in the chest during a dispute on the Los Angeles set in April 2017 .

While Brooks claims that Depp “stank of alcohol” and beat him repeatedly, even after trying to free himself from the situation, news week‘s article goes on to note that, however, this is not how others remember the alleged incident:

In 2018, other crew members had insisted that the alleged incident between Depp and Brooks did not escalate beyond a verbal confrontation.

“They had a little moment, there were no punches, there was nothing, they were just in each other’s faces for a moment,” script supervisor Emma Danoff told The Daily Beast. “We shot maybe another hour and a half, then we went inside.

“We were done and the location guy came up to Johnny and they hugged and it was all cute and that was it.”

“Johnny Depp is a consummate professional, a great collaborator and a supporter of other artists.

“He always treats the crew and the people around him with the utmost respect. Movies can be stressful and non-events are often overdone. We all love stories, there isn’t one here.”

Brooks’ lawsuit was officially filed in 2018, the year City of Lies would be in the cinema. The film was eventually delayed to 2021. Depp played the late Los Angeles Police Department (LAPD) detective Russell Poole, who is best known for his investigation into the 1997 death of The Notorious BIG, who was born Christopher Wallace.

Lucky for the Edward Scissorhands star, he has a lot of support from his legion of fans as well as his fellow cast and crew members as this new trial begins. Depp reportedly could appear in the stands to make his own defense when the proceedings begin in Los Angeles County Superior Court on July 25, 2022.

If you see the ongoing Johnny Depp vs. Amber Heard, Hollywood actor Depp lost his libel lawsuit in November 2020 against the publication of the UK News Group newspaper, The sunfor their report that he allegedly engaged in domestic violence – including a reported “hostage” situation during a pirates of the caribbean shooting in Australia — against the Aquaman and the Lost Kingdom actress on multiple occasions.

British judge Andrew Nicol presided over the original proceedings and Depp later lost his right to appeal the original ruling in the UK. The Jack Sparrow actor, for his part, has denied the allegations of domestic violence, with even his ex-partners, Vanessa Paradis and Winona Ryder, coming out in defense at various times.

Depp has been fired from his two most high profile roles – his iconic role as Captain Jack Sparrow in Disney’s pirates franchise and as Gellert Grindelwald in Warner Bros. Fantastic Beasts series — due to the ongoing situation.

At this point, as noted, Depp recently won the duo’s $50 million US defamation lawsuit. from a 2018 Washington Post opinion piece in which Heard claimed the actor had committed domestic violence against her.

Do you think Johnny Depp will win again in the trial?