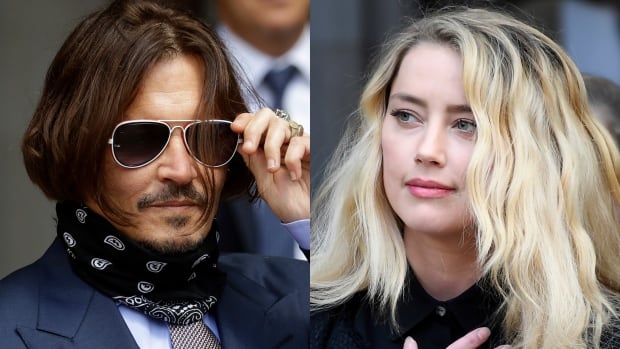 Johnny Depp testified last week in his libel suit against ex-wife Amber Heard. The trial – streamed live on the internet for the whole world to see and consume – has caused nothing short of a media frenzy.

Depp is suing Heard for $50 million US, alleging a 2018 op-ed she wrote for: The Washington Post clearly refers to their marriage because of her previous, public claims that he had abused her. In the piece, Heard calls himself a “public figure representing domestic violence.” Depp denies the allegations. Heard has filed a counterclaim for $100 million US.

In addition to a live broadcast, celebrity witnesses from Elon Musk to James Franco to Paul Bettany will testify for both Depp and Heard, who is being held at the Fairfax County Courthouse in Virginia. A social media campaign in support of Depp has burst out on Twitter and TikTok.

The high-profile nature of the case, combined with the sensational coverage of unpleasant details, is a notable example of public involvement in the private lives of movie stars — more accessible than the paparazzi and far less flattering than Instagram.

That’s what makes the frenzy around Depp and Heard an outlier in celebrity lawsuits, experts say.

Trial on television leads to ‘performances’

Depp’s defamation lawsuit against Heard is streamed by Court TV, a digital network dedicated to live coverage of US lawsuits. According to experts, having a camera in the courtroom can affect the way a person behaves during their testimony.

Looking at the network’s coverage, it would be easy to confuse the procedure for a wrestling match. Anchors assure the audience that during a “short break” they “will not miss a thing”. After a particularly tacky detail, they ask, “Can it get any worse? Tune in later to find out.” Court TV did not respond to an interview request in a timely manner.

While the trial is free and open for public consumption, the courts have not granted access for entertainment purposes, Todd said.

“It’s airing because we have a right to a public justice system.”

The decision to allow cameras into the courtroom is an administrative decision that rests with the sitting judge. However, both sides can use the presence of cameras to their advantage, Todd said.

“I think it helps [Depp]said Todd. “I think it evokes public sympathy for him because people like him as an artist.”

While being questioned by Heard’s lawyer this week, Depp made several unwise jokes.

When asked about drug use, he told the court that he offered singer Marilyn Manson a pill “so he would stop talking so much”. Commenting on a video of Depp acting erratically, he said, “I did attack a few closets, but I didn’t attack Ms. Heard.”

Both Heard and Depp have accused the other of physical and psychological abuse. In court records, Heard said that Depp assaulted her during their relationship, and Depp claims she was the aggressor.

In 2020, Depp lost a libel case in which the British tabloid The sun called him a “wife beater.” Heard was the key witness in that trial.

“I think it’s very possible that a case like this will have a discouraging effect on anyone who wants to come forward, any survivor of abuse,” said Andrea Gunraj, the vice president of public engagement at the Canadian Women’s Foundation.

“It’s very important to step back and see that a lot of this violence is happening in relationships where there’s a power imbalance.”

Johnny Depp has lost his lawsuit against a British tabloid that labeled the actor a ‘wife beater’. The judge said he believed the claims were “substantially true”. 1:52

According to a Statistics Canada report published in 2019, 4.2 percent of women and 2.7 percent of men were survivors of domestic violence. Overall, 80 percent of survivors said they had not reported their abuse to the police.

“These dynamics are often written as passion, written as strong feelings, but they are actually unacceptable dynamics,” Gunraj said. In the past, Heard and Depp referred their relationship as “passionate and fleeting, but always bound by love.”

The Canadian justice system — which is kinder to plaintiffs than the U.S. system because it places the responsibility for refuting defamation on the defendant — should not be judged by what we’ve seen in the Depp and Heard cases, Todd said.

“It’s important to remember that you’re not a bad person if you’ve been abused,” she added.

“It has everything to do with the people trying to maintain their own power, and you happen to be part of it.”

For Samita Nandy, a Toronto celebrity scholar, the case stands out for the role social media has played in amplifying it.

“When it comes to social media presence, what really strikes me is that the lines between the private and public spheres are blurring,” says Nandy.

Nandy, director of the Center for Media and Celebrity Studies in Mississauga, Ontario, said it reminds her of Britney Spears’ legal efforts to end her conservatory because of the way the pop star used Instagram to connect with fans.

“I think for this celebrity couple the engagement with the fans was very important.”

About 25 years ago, the media started using ordinary people for entertainment as well as increasing coverage of backstage moments in the lives of celebrities, according to Evie Psarras, a feminist media scholar from Chicago.

“For decades, and with the advent of social media, we have been conditioned to exaggerate our own private moments and demand that celebrities do the same,” Psarras wrote by email. She noted that reality TV series has some roots in court television.

For fans fascinated by celebrity authenticity, the Depp and Heard case is an exceptional example of highly protected private lives emerging.

“Privacy is now considered a privilege, not a right. This live stream of the lawsuit is a perfect picture of the state of our relationship with celebrities,” Psarras added.

“I don’t think people here are looking for ethics. They’re not looking for morality… essentially they’re consuming the celebrity and that has to do with instant gratification.”

Support is available to anyone who has been abused or attacked. You can access crisis lines and local support services through the Ending Violence Association of Canada database† The Canadian Women’s Foundations Signal for help is a silent, one-handed gesture to use in a video call to indicate that you are at risk of violence in your home. If you are in immediate danger or fear for your safety or that of others around you, call 112.