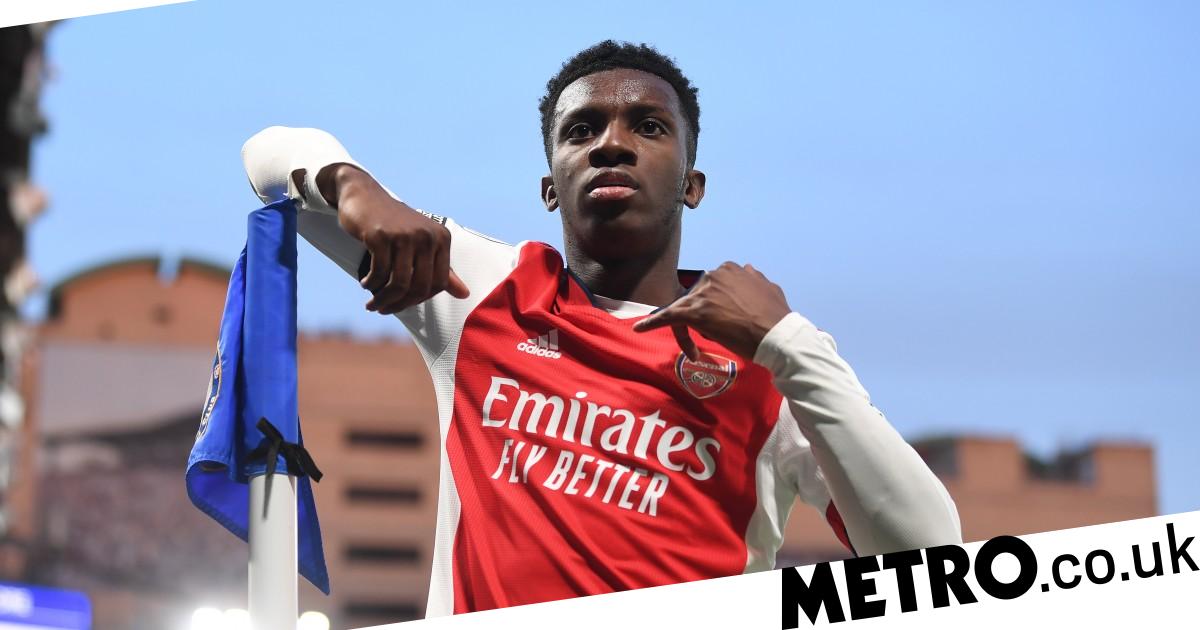 Former Arsenal forward John Hartson thinks it would be ‘tragic’ if Eddie Nketiah were to leave the Emirates this summer on a free transfer.

Nketiah, 22, will leave the Gunners at the end of the season as his contract expires and talks between him and manager Mikel Arteta stall over a new deal.

The striker has led Arsenal in recent games, scoring two goals in their 4-2 win over Chelsea on Wednesday night.

Hartson, who played in a red and white shirt in the 1990s, thinks Nketiah has the potential to become a top player and criticized his former club for the young star’s contract about to expire.

He said on Sky Sports: ‘It’s going to be a young one again’ Arsenal player who should be allowed to leave and especially at large. How on earth did they end up in this situation? Arteta has been very, very honest by almost blaming himself for his contract to expire.

“It’s another big, big mistake. Perhaps in the past year he has not found the form that he has now. So it’s a difficult one. Right now he is absolutely flying.

“But it would be tragic if Nketiah was allowed to leave Arsenal because you have a natural finisher there. I’m not saying he’s the long-term answer, but he’s young enough to go in and show what he can do.

“He just needs a little experience and an arm around him and I think he will do well. I think it would be a big, big loss and disappointment for the fans and Arteta if Nketiah left for free.”

In January, Crystal Palace was strongly linked with a transfer to Nketiah, but Arsenal turned down the offer due to a shortage of attackers following Pierre-Emerick Aubameyang’s departure to Barcelona.

Nketiah’s desire to leave the Gunners is believed to have been caused by a lack of playing time since joining the club from Chelsea’s youth system in 2017.

Despite being England’s record scorer at Under-21, he has spent much of his time on the bench at Arsenal, playing mainly in the club’s cup competitions.

Meanwhile, a loan spell at Leeds United ended in early 2020 when Arteta recalled him to north London.

Earlier this week, Nketiah confirmed that an offer has been made for a new deal from Arsenal, but that he may want to go through at the end of the season.

He told the Beautiful Podcast: “There are talks and offers for a new contract, but right now my goal is to play football and play regularly.”