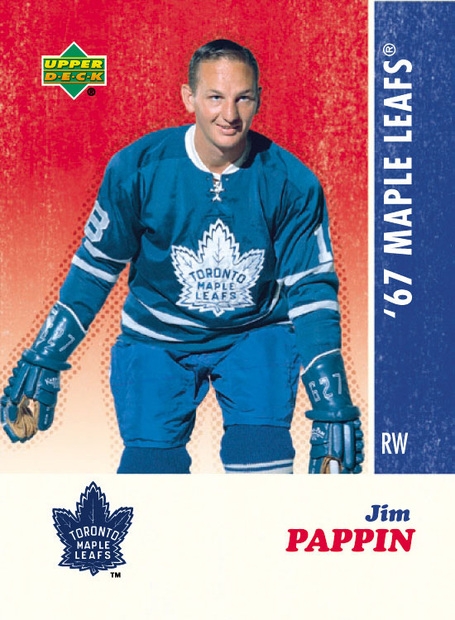 “We are deeply saddened to learn of Jim’s passing,” the club said in a statement Wednesday night, featuring a photo of Pappin in his trusty number 18.

The right winger was credited with the second goal in the Leafs 3-1 Game 6 Cup clincher against the Montreal Canadiens at the Gardens on May 2, 1967. The backstory was that linemate Peter Stemkowski actually diverted it (Gardens announcer Paul Morris first called it that), but he let Pappin take credit for keeping his contract bonus as a playoff scorer.

Pappin played five seasons in Toronto, came through his ranch team in Rochester and won a cup for the first time in 1964. But he was one of many who didn’t get along well with general manager/coach Punch Imlach and was traded to Chicago in ’68 . † He had seven more productive years before finishing with the Cleveland Barons in ’77.

Pappin, of Copper Cliff, Ont., was in the top 100 of all Leafs in the franchise’s centennial (89e) and stayed in the game for years as a scout with several teams.