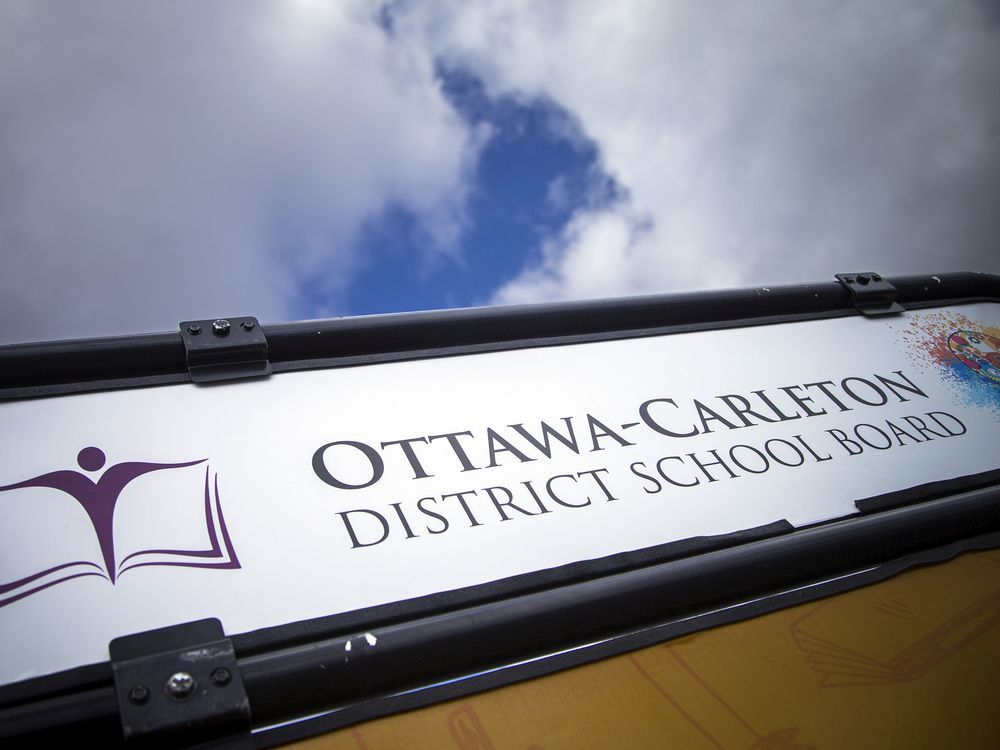 Jewish parents went to Ottawa’s largest school board on Tuesday to warn their children that their children are experiencing a rise in anti-Semitism at school.

They identified behaviors ranging from a student giving a Nazi salute to classroom conversations that seemed to target Israel as responsible for all the problems in the Middle East.

Meanwhile, a group of students organizing pro-Palestinian protests met with an inspector from the Ottawa-Carleton District School Board on Wednesday to discuss their concerns about anti-Palestinian racism and censorship in schools.

Ottawa’s Palestinian youth movement, which has staged several strikes in the city’s high schools over the past month, is planning another protest at the school board on Thursday.

Several Jewish parents who spoke to administrators on Tuesday said they were concerned about a rise in anti-Semitism, and David Sachs of the Jewish Federation of Ottawa cited examples from the past six months.

In one case, a girl a classmate told her to “Stay with your own kind” and gave a Nazi salute. The girl didn’t want to be a “rat” and report the student, especially since she was new to the school, Sachs said.

In another incident, a student announced to his class that he thought more Jews should be killed and that he wished Hitler were still alive. Last week, students playing a casual football game at school named their team “Heil Hitler,” Sachs said.

Sachs and other parents said they believed the pro-Palestinian strikes staged by students spread misinformation and help create an environment in which anti-Semitism can thrive.

For example, they cited a chant at the student protests – “From the river to the sea, Palestine will be free” – as a call for the destruction of the State of Israel.

“The murder of six million Jews happened in part because Jew-hatred was not controlled and could follow its natural end,” he said. “Chanting slogans advocating the extermination of Israel, denying Israel the right to exist as the only Jewish state in the world, demonizing Zionism and dehumanizing the Zionists and Israelis is a form of Jew-hatred and frankly an incitement worse. become.”

Tuleine Alshaer, a grade 11 student at AY Jackson Secondary School who founded Ottawa’s Palestinian youth movement, said the criticisms are unfounded and that the chant does not call for Israel’s destruction.

The students say they view the plight of Palestinians as a humanitarian issue and want to amplify the voices of those who have been under occupation for decades.

Palestinian students are angry that their history and culture are not reflected in school because it is considered “too political,” Alshaer said.

For example, students have been told not to bring Palestinian flags to school during “cultural days” because it’s too controversial, she said.

Palestinian students also feel uncomfortable during a regular class when teachers show a map and ask students to pin their country of origin, Alshaer said. The maps don’t show Palestine.

“I understand this can be a very sensitive topic, but the reality is that this is part of our identity and we are under occupation.”

(Sachs, on the other hand, cited parents’ concerns about a teacher showing a modern map erasing the state of Israel and putting Palestine in its place.)

Both Jewish parents and Palestinian students are calling for more education for staff and students – about anti-Semitism and about the history and culture of Palestine, respectively.

Alshaer said the students had a “wonderful” meeting on Wednesday with the school board director, who listened to their concerns.

Talia Freedhoff, a graduating student who gave a presentation to administrators last fall about her experiences with anti-Semitism in school, told them on Tuesday that some progress has been made. A Jewish educators’ group was established at the board, three optional staff workshops on anti-Semitism were offered, a virtual meeting for Jewish students was held and she met with staff and board members, Freedhoff said.